Francisco Franco- Led the Spain Nationalists in a revolt against the Republicans and was victorious. He was an oppressive dictator.

Adolf Hitler- Leader of the fascist Nazi party. He was an aggressive dictator that went to measures like a genocide of the Jewish population and concentration camps where people would work to the death.

Benito Mussolini- Came to power in Italy by using force and intimidation and did not let anyone stop him. Became allies with Hitler because he shared the same desires. He had a group of thugs that would use force and intimidate all the opposition to the Italian fascist part.

Josef Stalin- Became leader after Lenin died and used fear and violence to get what he wanted creating a totalitarian state in the Soviet Union and many reforms. 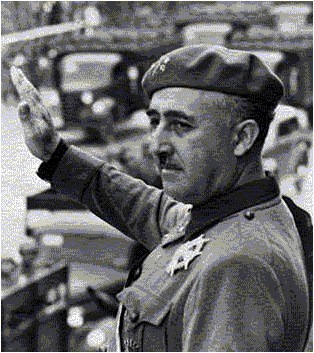 Bloc National- A number of rightest groups in France that came together in fear of socialism and ran the French government in the early years of the interwar period. They demanded Germany pay back all their reparations.

Dawes Plan- Lowered the amount of reparations Germany had to pay to Britain and France.

Gestapo- Adolf Hitler's secret police, terrorized the German citizens, spying on them and executing people without a trial.

League of Nations- Established after World War one. It is an international group of cooperation.

Mein Kampf- A book Hitler wrote while in prison that described his future policies and plans about the Jews.

Nazi- The Nazi Party controlled Germany completely from 1933 to the end of world war two. The Nazi's aimed to get Germany back to its past glory of fixing unemployment and eliminating German Jews from society.

Triple Alliance- Most organized and powerful labor coalition made up of mariners, railway workers, ect. 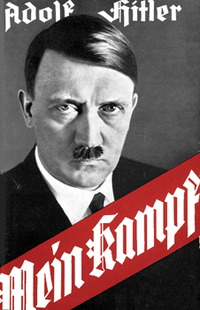 Beer Hall Putsch- A small comic revolution attempted by Hitler and World War I hero General Ludendorf where Hitler jumped on a beer Hall table and explained how the current Weimar government be overthrown. This was unsuccessful but was a taste of what Hitler could do.

Washington Conference- The United States held a conference attened by Britain, France, Italy, Belgium, the Netherlands, China, Japan, and Portugal. The Conference resulted in a Naval Araments treaty that set a ratio for tonnage of Capital ships ( more than 10,000 tons, with guns bigger than 8 inches.

Guernica- During the Spanish Civil War in 1937, a small town called Guernica was bombed by the Nationalists. In the horrifying massacre, 1,500 died and 800 people were wounded, but the military targets in the small town remained in tact.