Causes Of The American Revolution

Causes Of The American Revolution 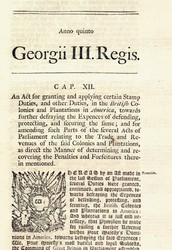 Law passed by Parliament that require all legal and commercial documents to carry an official stamp showing a tax had been paid.

British Soldiers and Colonists Fought and five of the colonists and including Cristpus Attucks where killed.

The Catalyst of the Boston Tea Party. The Tea Act, passed by Parliament on May 10,1773 , granted the British East India Company Tea a monopoly on tea sales in the American colonies.

They Dressed As Indians And True The Tea To The Water 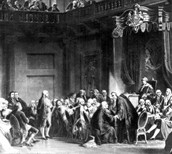 Was the American Patriots' name for a series of punitive laws passed by the British Parliament in 1774 after the Boston Tea party.