Get email updates from Jaycie:

The Great Depression (1929-39) was the deepest and longest-lasting economic downturn in the history of the Western industrialized world. It started after the stock market crashed in 1929. The Great Depression sent Wall Street into a panic and wiped out millions of investors.

Over the next several years, consumer spending and investment dropped, causing steep declines in industrial output and rising levels of unemployment as failing companies laid off workers. By 1933 around 13 to 15 million americans were unemployed and around 50% of America's banks had failed. President Franklin D. Roosevelt helped lessen the worst effects of the Great Depression in the 1930's but the economy did not turn around until after 1939, when World War II kicked American industry into high gear. 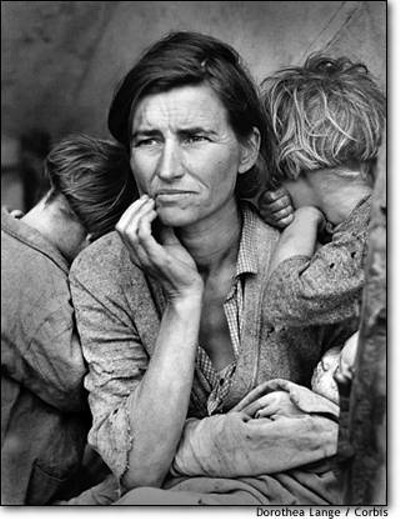 James Truslow Adams, in his book The Epic of America, which was written in 1931, stated that the American dream is "that dream of a land in which life should be better and richer and fuller for everyone, with opportunity for each according to ability or achievement." The dictionary describes it as "A national ethos of the United States, the set of ideals (Democracy, Rights, Liberty, Opportunity, and Equality) in which freedom includes the opportunity for prosperity and success, and an upward social mobility for the family and children, achieved through hard work in a society with few Barriers."

The old American Dream ... was the dream of the Puritans, of Benjamin Franklin's "Poor Richard"... of men and women content to accumulate their modest fortunes a little at a time, year by year by year. The new dream was the dream of instant wealth, won in a twinkling by audacity and good luck. [This] golden dream ... became a prominent part of the American psyche only after Sutter's Mill.

For more information visit the links below the picture: 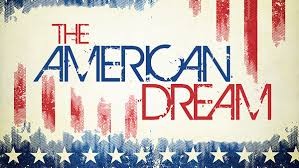 In 1935 he had his first major success in writing, because of the book Tortilla Flat. It was about the adventures of Monterey. He looked at the Arthurian tales as his model. During the late 30’s he wrote three books about the labor issues in California. They were In Dubious Battle (1936), Of Mice and Men (1937), and The Grapes of Wrath.

Steinbeck’s first play was Of Mice and Men. He went on to write more plays such as The Moon is Down and Burning Bright, but the bestselling book of 1939 was the Grapes of Wrath. John used two years of research to write that book. It was a controversial novel about migrant workers. It uses sympathy for them and makes it seem like farmers are selfish and greedy.

For more information visit the links below the picture 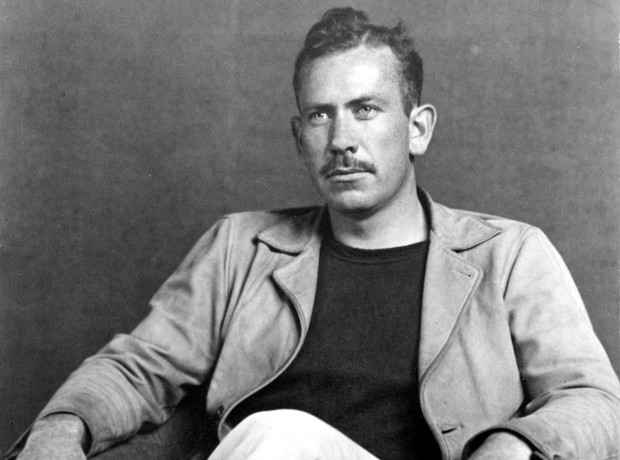 www.steinbeck.org
National Steinbeck Center, Salinas, California - Our mission is to tell the story of John Steinbeck’s rich legacy and to present, create and explore stories of the human condition.

The Greatest Literature of All Time - John Steinbeck

www.editoreric.com
Editor Eric's 1,000 greatest-ever novels, stories, dramas and works of poetry. With his provocative commentary on the great books and authors.
John Steinbeck & The Grapes of Wrath