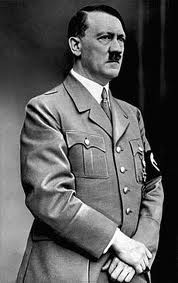 MURDER, CONSPIRACY, CRIMES AGAINST HUMANITY, GENOCIDE, AND DESTRUCTION OF PROPERTY

The Treaty of Versailles was the peace settlement between Germany and the Allied Powers that ended World War I in 1919. In 1938, Hitler met with leaders of France and Great Britain and they granted him control of part of Czechoslovakia. Hitler had promised he would leave the rest of Czechoslovakia alone and wouldn't try to get anymore territory.

Hitler broke his promise with the leaders of France and Great Britain by taking the rest of Czechoslovakia and invading Poland in 1939. By doing this he violated the Treaty of Versailles. France and Great Britain then declared war on Germany. Hitler then invaded Denmark, Norway, Belgium, Holland, Luxembourg, and defeated France in just the first year of the war.

Follow Annie Raybourn
Contact Annie Raybourn
Embed code is for website/blog and not email. To embed your newsletter in a Mass Notification System, click HERE to see how or reach out to support@smore.com
close