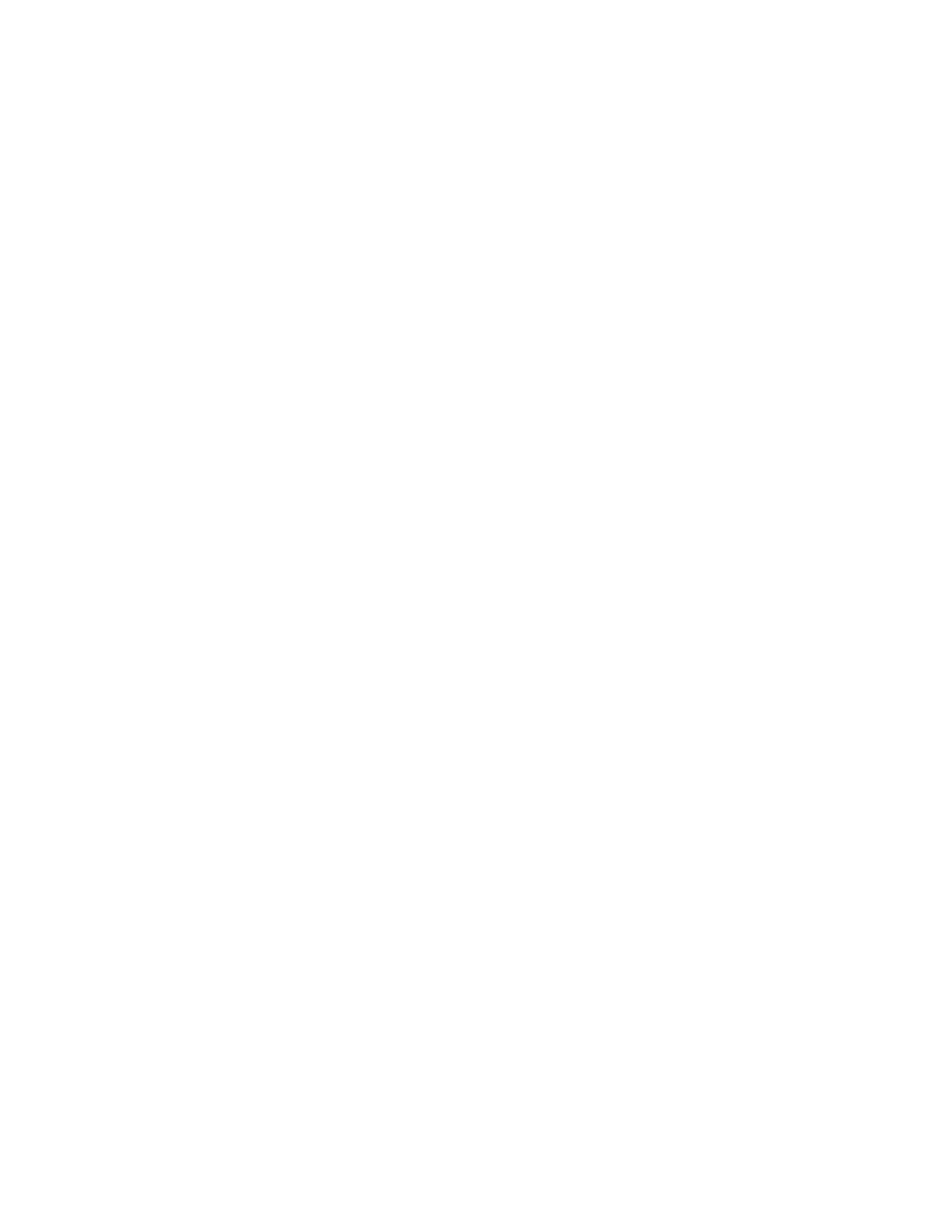 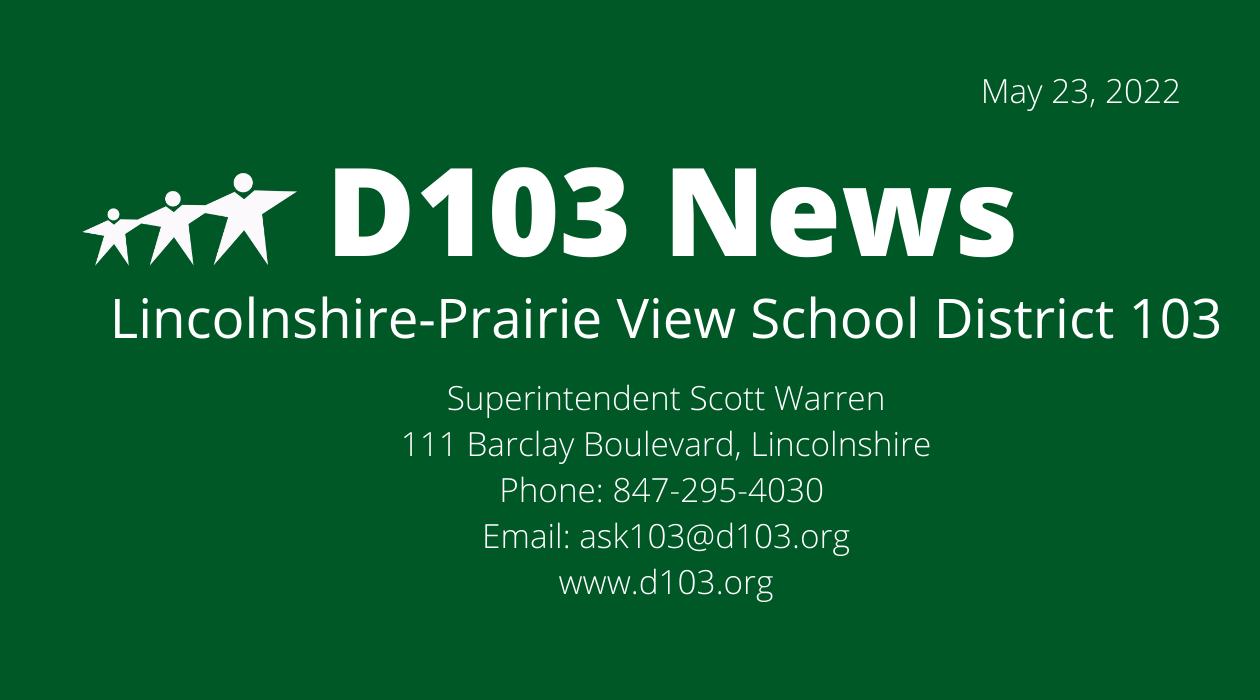 Join Us for Our Staff/Student Recognition Ceremony

The Board of Education at its meeting at 6:30 p.m. Tuesday, May 24, at 239 Olde Half Day Road, Lincolnshire, will recognize retirees, staff, and students. Join us as we say farewell to the following long-time employees, Joanne Widmark and Scott Gaunky: 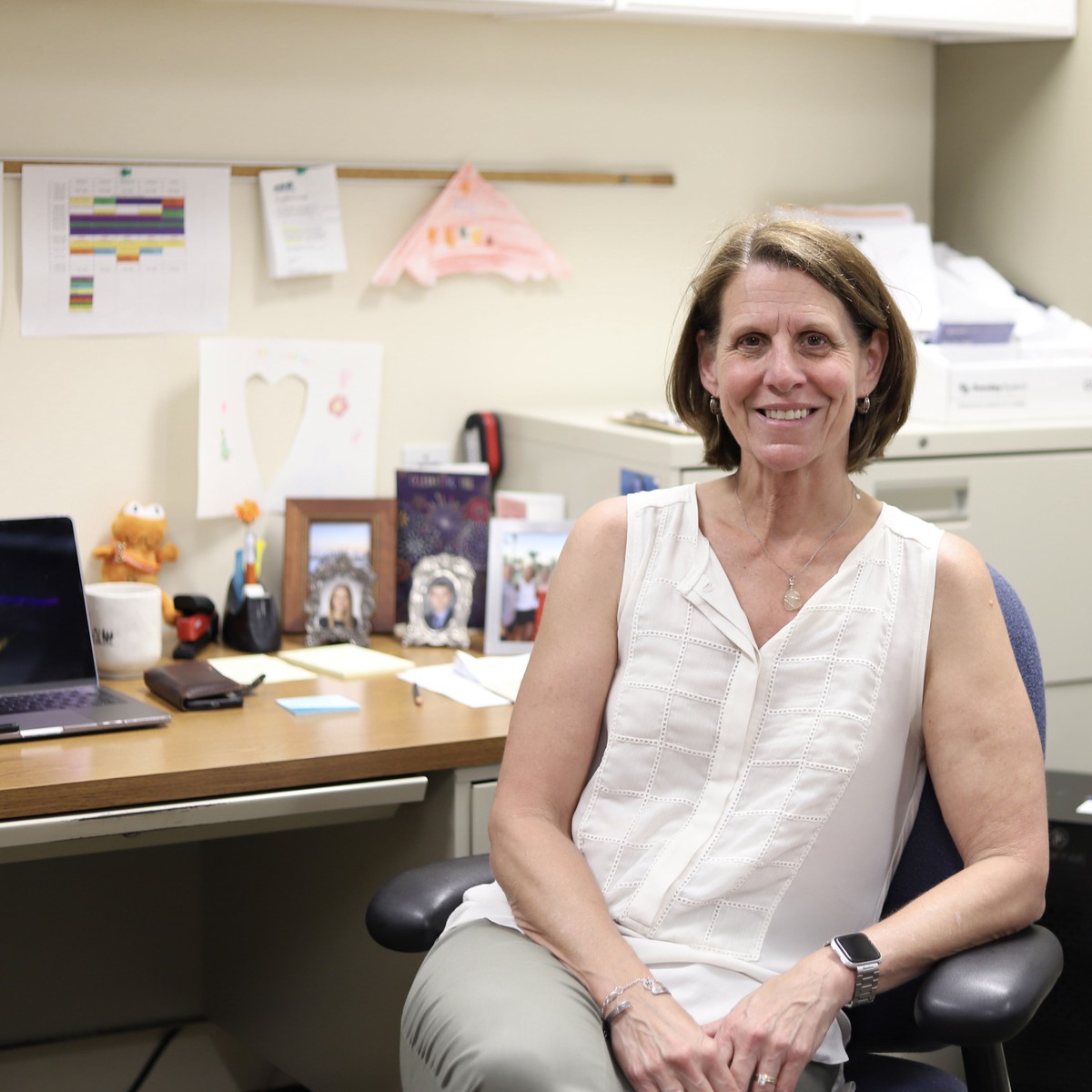 When Joanne Widmark started her career in special education 38 years ago, it was during a time when families were hesitant to have their child identified with needing special education support. That attitude slowly disappeared. Now, the learning behavior specialist teacher is proud to share the many successes she has had in helping students gain confidence in themselves and subsequently achieve academic, social, and emotional success. Working with kindergarten through second grades, it is often the first time children are identified with the possibility of needing special education services. Part of her job is helping families with this transition and making the parents feel included as part of the advocate team for their child.

Since 1998, Mrs. Widmark has worked at Sprague with children in the areas of math and literacy curriculum. “Children come to me completely deflated. They see their classmates reading and doing math with ease. They think they’re not smart because they struggle in these academic areas. It would be like us going to our first physics class and being expected to understand speed, velocity and acceleration. These children have lost their self confidence, which affects how they perform in school,” Mrs. Widmark reflected. “I spend much of my time working with children to help them believe in themselves. I encourage them to say over and over, ‘I’m a good reader.’ I tell them I know reading is hard, but everyone struggles with something and we all have special talents.”

By the time students leave Sprague, classroom teachers see her students raising their hands in class to tackle a question or volunteering to share their insight. Many of her students benefit from the early intervention she provides and they are able to close the academic and social “gap,” she stated.

Mrs. Widmark has never seen herself in any career other than special education. “I love what I do so much that I want to retire with the same passion and excitement that I started my career with 38 years ago,” she reflected. This is a feeling that is important to her so she can continue to advocate younger generations to go into the field of education and champion what a satisfying career it can be.

She couldn’t have done it alone. She remarked, “The Sprague staff is an amazing group of dedicated individuals who share the same love for children and the art of teaching.” The colleagues she has worked with have not only inspired her, but some have become lifelong friends.

Mrs. Widmark plans to continue residing in her Libertyville residence. She is excited about entering the next phase of her life. She is mostly looking forward to spending more time with her family. She and her husband, Jeff, are active members in the community and church. Retirement will also allow her more time to spend with her twin children, Jacqui, who works and lives in Chicago, and Grant, who works and lives in California. She’s active with bicycling, running, and hiking. Her days will also be spent taking care of and riding her horse, Mac. Her next adventure will be this summer with her family as she visits Yellowstone, Grand Teton, and Glacier National Parks in a camper. 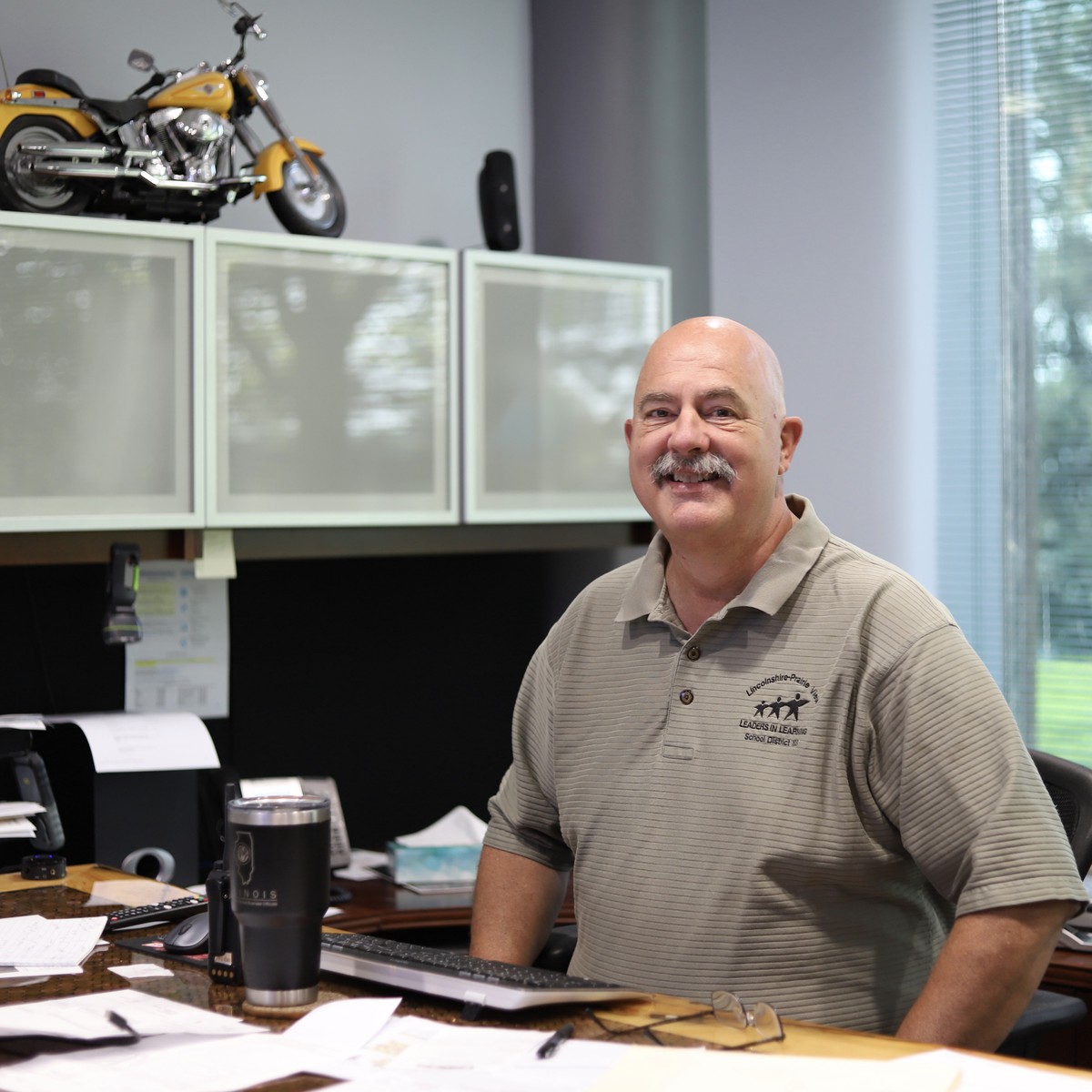 Two days after Scott Gaunky began his job in District 103 as Director of Facilities the snowstorm of the century hit piling over 36 inches of snow in parking lots, walkways and drives on and around the district’s three schools. Living in Lake Villa, getting out of his driveway was a challenge since Lake County had closed the roads. But finding and pulling out the district’s plows and trucks was another hurdle. “I didn’t know the staff or what kind of equipment was available, it was an interesting introduction to the District,” he said

That was the second of February 2011, now with 42 years of education behind him, some of those years at other districts, three major construction projects completed in the District 103 schools, Mr. Gaunky is taking time to reflect on his career and the projects he undertook before he heads out the door this summer and into retirement.

“When I started my career our only communication was the phones that had cords plugged into a wall,” Mr. Gaunky said. “We used graphing paper to conduct facility assessments because computers didn’t exist yet.”

During his career at District 103, Mr. Gaunky has overseen three construction projects at Sprague, Half Day, and Daniel Wright expanding buildings to create more classroom space for a growing enrollment population, adding science labs, bathrooms, and creating open space for group projects. Important to Mr. Gaunky has always been preserving the integrity of the buildings. Half Day School was the first schoolhouse built in Lake County in 1876. When the district renovated and expanded the building, Mr. Gaunky made sure he maintained the history of the school by keeping the original maple flooring intact and the brick walls from the 1800s. During his 11 years at this District, $53 million was spent to make much needed improvements on the facilities. When they’re not involved in construction projects, the Facilities Department is in charge of the cleaning and upkeep of 246,000 square feet of building space. In addition, the department is responsible for the grooming and maintaining of 39 acres of land.

In his personal life, he looks for similar opportunities like rescuing siding and lumber from 100-year-old barns being raized and remaking them into shelving, tables, and countertops. Mr. Gaunky started his career as a carpenter in an era when homes weren’t being built due to high-interest rates. Rather than fight the state of the economy, he started his first job as a groundskeeper at a local high school and practiced carpentry as a hobby. Family and friends approach him with requests to build bedroom headboards using stained glass from old doors, design adjustable desks, and hand-carve bars.

“God gave me the ability to solve problems; I thrive on a challenge,” Mr. Gaunky said.

Mr. Gaunky said the first order of business on his agenda when he heads into retirement is to take a road trip. “I’m going to get in the car and go in any direction. I’d like to visit the Grand Canyon or maybe the Pacific Northwest. We’re never guaranteed tomorrow. I want to see as much as I can as long as I'm able,” he said. Mr. Gaunky and his wife, Pam, have three children with whom they have traveled extensively. 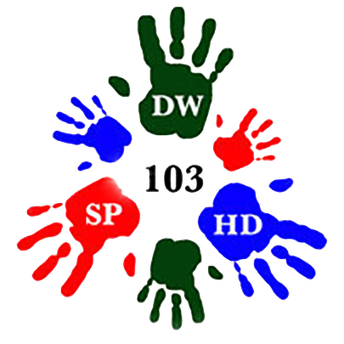 The D103 PTO is a completely volunteer-run organization, dedicated to enhancing and enriching the educational experience of our students. Please visit the PTO store to become a member. 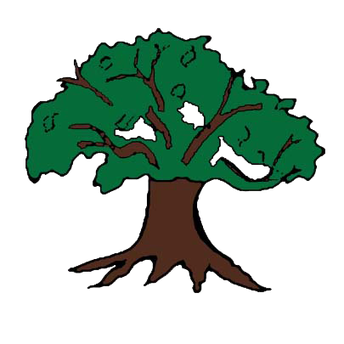 The Learning Fund Foundation is a group of volunteers who collaborate to bring innovative learning programs and experiences to students across all D103 schools. We welcome you to check us out and learn more at one of our monthly meetings. Contact us at lff@d103.org for more information.