Jared & is using Smore newsletters to spread the word online.

Get email updates from Jared &:

They are 4 legged animals with whiskers, paws, and fur. A cat has 250 bones in his body, compared to 206 in our bodies. They use more than 500 muscles to leap, jump, and sprint. They have five toes on each front paw, but only four toes on each back paw. The cat adjusts her grip on her prey until she feels a tiny depression in the neck, just behind the skull. They lose almost as much fluid in the saliva while grooming themselves as they do through urination. 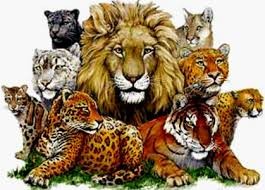 - Its name came from the Mexican Aztec word tlalocelot, which means field tiger.

- The ocelot is considered a medium sized cat

Ocelots are endangered by illegal hunting, both for their furs and to capture them for exotic pets, and by loss of habitat. In the US they are often killed by cars when crossing a road.

- During the day ocelots sleep on a branch, in a hollow tree, or in dense vegetation.

- Ocelot litters (1 to 4 kittens) are born once every two years to a female.

- Without teeth for chewing, ocelots tear their food to pieces and swallow it whole.

The Unfluffy Truth about Pallas' Cats at Prospect Park Zoo 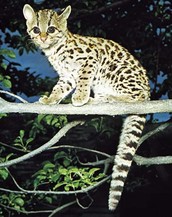 Feline (family Felidae),
any of 37 cat species that among others include the cheetah, puma, Jaguar, leopard, Lion, Lynx, tiger, and domestic cat Cats are native to almost every region on Earth, with the exception of Australia and Antarctica. They are carnivorous mammals that live in a wide variety of habitats, but they are typically woodland animals. 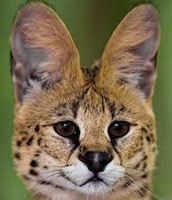 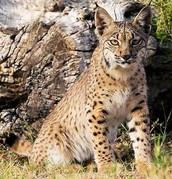 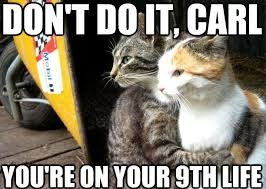 www.bioexpedition.com
Felines Facts. They make a universally distinctive ‘meowing’ noise, they are hunters of live prey, and they are obligate carnivores.

Jared & is using Smore newsletters to spread the word online.