In chapter one of Slaughterhouse-Five by Kurt Vonnegut, the narrator is Vonnegut himself, differing from the character of the rest of the novel, Billy Pilgrim. Vonnegut uses the first chapter as a prologue; he introduces the topic of Dresden, a bombing by the U.S military that took place in the German city of Dresden during World War II. Although it was not as well known as the bombing of Hiroshima and Nagasaki, it is said to have been even more destructive. Vonnegut talks about his life when he comes back to America where he immediately intends to write about the bombing and gather his wealth that is sure to come from it, but he meets heavy resistance in the form of constant impenetrable writer’s block, probably originating from his later claim that there is nothing to write about a massacre. Although it takes him longer than expected he continues to talk about the project as if it was coming along splendidly and openly exclaims its existence as an anti-war book, which gains him some criticism for anti-war books’ notorious pointlessness, being compared to an anti-glacier book. Despite the first chapter’s similarities to a prologue it is included in the chapter set showing the importance Vonnegut places on the details within to convey the message and understand the rest of the book, in a way saying that one needs to know the difficulties and manner in which it was written in order to understand it. Slaughterhouse-Five is an excellent example of post-modernist historical fiction that become popular early in the movement, Vonnegut displays the tragedy of Dresden in a darkly humorous way to lessen the horrific images that would be associated with such a massacre, and also displays a clear anti-war message, which is necessary in any post-modernist text.

Despite Vonnegut’s personal and most likely traumatic experience in Dresden, he writes with a tone marked by detachment and candidness. To pair with the tone is the abundant use of short simple sentences marked with polysyndeton and asyndeton. He uses simple rhetoric and sentence structure to promote what he believes to be a clear and simple message, the inevitability of all things, especially death. Vonnegut maintains his detached tone and simple sentence structure even when talking about matters of death, especially when he talks about matters of death. The manner in which he presents it is a message about death, that it cannot be changed and that it is every bit as natural as the birds singing. He often lists the deaths as if it were nothing more than a list of what he must pick up at the grocery, this use of asyndeton exemplifies his argument that death is an inevitability and as such should not be treated as something that is to be avoided, but waited on and left with as though you were leaving to go to the grocery store. The obviously blunt manner in which he speaks of death makes it almost seem foolish that it is so commonly something that is feared and avoided.

Vonnegut writes Slaughterhouse-Five to create one very clear message, “people aren’t suppose to look back” (22). Time is the key function to what this entire novel will be. It was described almost entirely in the first chapter. Time is an aspect that people take too seriously in life, and people need to comprehend that the future is most important. The author was not aware of what happened in the past during the war, but he realized that it was alright. Even thought the war was long and hard and miserable, it is an aspect of his life that only helps him grow as a person. Nobody can change past, present, or future, but those are the aspects that make up of one’s life. It is not necessary to put too much thought into it because mother-nature will run its course in its own way that the audience has no control over. The author has a weird obsession with the fact that he has taken on the traits of aliens from another planet, so it’s obvious that he might not be the most senile person there every was, but “as an earthling [he] believed whatever clocks said” (20). He doesn't necessarily mean that he is no longer an Earthling, but he means that humans rely on time too much. Humans need to learn to live their lives with more will to power their lives the way they want without others or time reflecting that. Time is an object that holds humans back in life, and it renders to hold back of full potential. Vonnegut is trying to promote to the audience that time needs to be looked at second because it can't be changed. The past matters because it controls the future, but it's done as soon as it happens, so why bother with it when it's untouchable? Humans let the past hold them back in doing much more, and Vonnegut is trying to prevent that.

Throughout the first chapter, Kurt Vonnegut continually uses the phrase “so it goes” after the author describes an event in which a character has deceased. The author shows little to no emotion when describing the death, and it almost sounds as if the author has a cruel sense of humor. To the author, death is nothing but a statistic because he has been around it his entire life. He has seen many deaths during the war. Death means nothing to him. He is not afraid of it. He is actually afraid of nothing. This is due to the fact that he believes that caring to much about it is pointless. Death is a part of life, and nothing can be done to change that. Humans need to accept the fact that there is nothing that can be done about it. The author’s has a sense of vagueness towards death because he believes that death can’t be stopped, but he is also so vague about it because he has no sense of reality, or at least the character in the book as no grip on reality. To the author, death is not reality because that moment is just a character in a really bad state. The past can’t be changed, and that is what has to be embraced. The author is going to try and embrace focusing on the future throughout the book because that is the only thing that can be changed. Hanging onto the past is only going to kill the future.

In chapter one, Vonnegut calls up his old friend from the war to recall memories they had so Vonnegut could write his war novel. Unfortunately, neither of them could interpret what happened all of those years ago. Both of them had a relapse of what happened in time. It almost feels like it was unreal all of those years ago. Like stated above, the author has no knowledge of reality is because it has been all forgotten. Throughout this book, the author will try his best to write in order to interpret what happened during the war. Death is not important, but time is because it determines how someone will live their life. Time can control somebody’s life, but death does not matter because the past has already done great things. For example, O’Hare’s wife told Vonnegut that he and O’Hare will “pretend [they] were men instead of babies, and be played in the movies by Frank Sinatra and John Wayne… And war will look just wonderful” (14) whenever Vonnegut writes the book, but that will only be the case because the author has no sense of what happened because he lost his sense of time. In order to live for tomorrow, the past has to get that person there; however, the past can’t be changed once it happens. The past can’t be made up because it would make the future different. 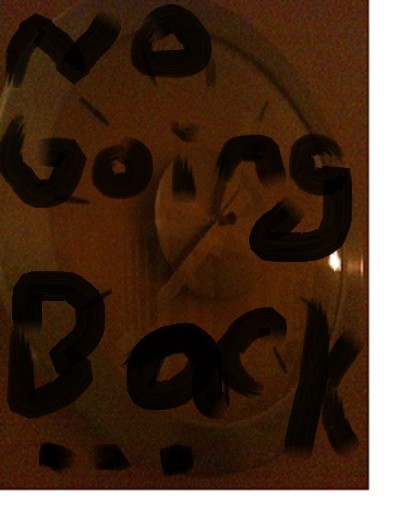 Follow Kyle Hickox
Contact Kyle Hickox
Embed code is for website/blog and not email. To embed your newsletter in a Mass Notification System, click HERE to see how or reach out to support@smore.com
close