The term Golden Age comes from Greek mythology and legend and refers to the first in a sequence of four or five (or more) Ages of Man, in which the Golden Age is first, followed in sequence, by the Silver, Bronze, Heroic, and then the present, which is a period of decline. The Golden Age denotes a period of primordial peace, harmony, stability, and prosperity. During this age peace and harmony prevailed, humans did not have to work to feed themselves, for the earth provided food in abundance. They lived to a very old age with a youthful appearance, eventually dying peacefully, with spirits living on as "guardians". Plato in Cratylus recounts the golden race of humans who came first. He clarifies that Hesiod did not mean literally made of gold, but good and noble 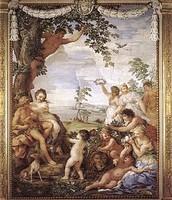 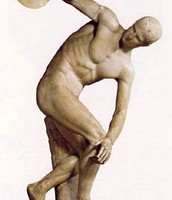 History of Greece: The Golden Age of Greece

ahistoryofgreece.com
The Classical period or Golden age of Greece, from around 500 to 300 BC, has given us the great monuments, art, philosophy, architecture and literature which are the building blocks of our own civilization