Get email updates from Tar:

Terrance Stanley "Terry” Fox was a Canadian athlete that was diagnosed with bone cancer when he was 18, forcing him to get his leg amputated in 1977. Terry ran across Canada with an artificial leg to raise money for cancer research which showed he was inspiring to others, had leadership and showed courage because he had a positive attitude.

What was Terry Fox involved in that made him a leader?

On September 18, 1980, Governor General Edward Schreyer presents Terry Fox with the Companion of the Order of Canada. He was the youngest participant that received an award.

On December 18, 1980, Sports editors present Terry with the Lou Marsh Award for his outstanding athletic accomplishment.

On December 23, 1980, The editors of Canadian Press member newspapers and the radio and television stations vote Terry, Canadian of the Year.

On August 29, 1981, Terry fox is added into the Canadian Sports Hall of Fame.

On June 30, 1999, Terry fox is voted in a national survey, Canada’s greatest Heroin. 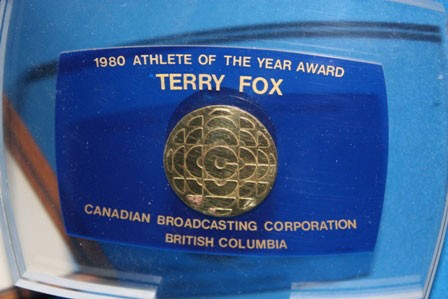 What actions did Terry Fox take to show leadership?

When He decided to start a journey called the Marathon Of Hope, to raise money for cancer research. This shows how he is the one to take action on finding a cure for cancer and he is the one that helped people survive cancer.

Terry ran for 143 days and 5,373 kilometres, the only reason he stopped running was because his cancer had appeared in his lungs. This shows how he never gave up for so many days and just kept running until he was forced to stop. Over $650 million has been raised world wide for cancer research through the Terry Fox Run, held across the world. 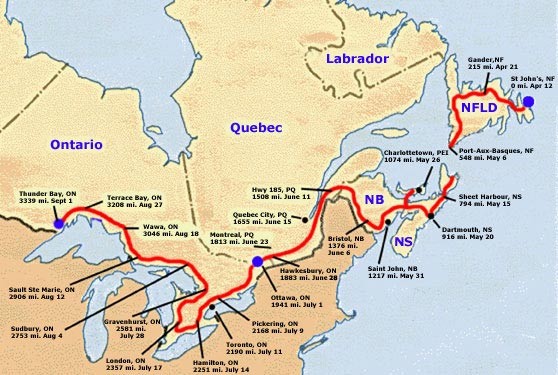 “Quitting is leading too”

This applies to Terry fox because when Terry had to stop running, he still raised money all over the world. He still raises money when schools do fundraising for Terry fox runs. He is still leading by finding cures even though he has passed away and stopped running.

Terry fox’s actions showed great amount of commitment and courage as was running across Canada. He showed that even when diagnosed with cancer, you can still inspire others if you show you can fight it and not be afraid. He didn’t show fear when we was running and passing by the crowd, he was proudly shaking hands and taking donations. In the picture below, you can see all the cars supporting him, driving slow behind him with a sign that says "donations here". 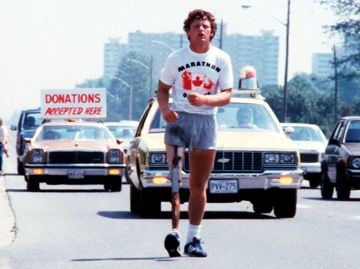