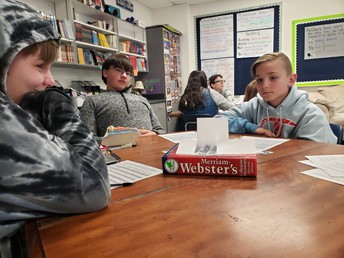 Coach Karg's class started a unit on the Power of Words this week. Ask them about making this shape - it was a great intro in a study in Growth Mindset. And no - I haven't figured it out yet. 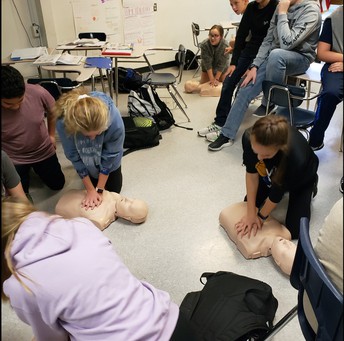 Coach Jackson's Health class learned CPR this week to the tune of Stayin' Alive. The students learned how difficult it is to give chest compressions for a minute and a half straight! 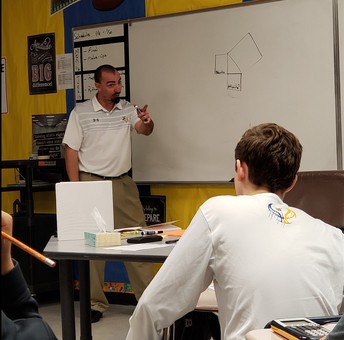 Area of a Square?

Coach Hergenreder's class were going over different tips on how to remember how to solve the area of a square. 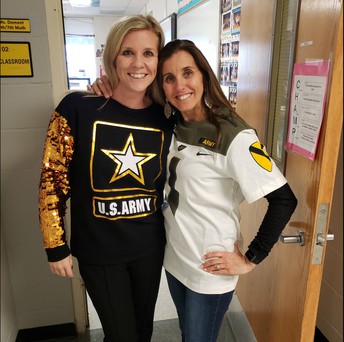 Mrs. Dement and Mrs. Morrow both represented the Army on Wednesday - thank you to all who have served and are currently serving our country! 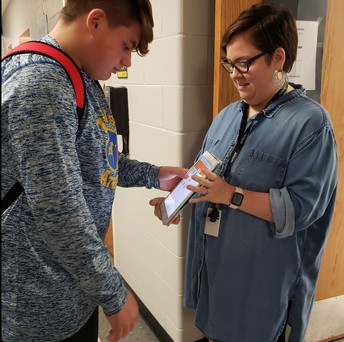 Students in Mrs. Martin's class check their new seating chart and click their name for attendance. It's a great way to take care of business before students enter the class and get straight to work. 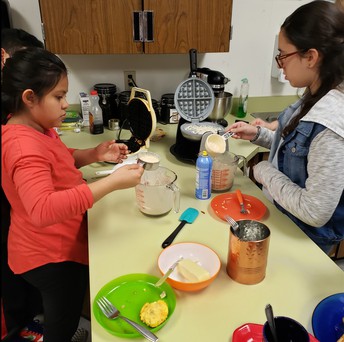 "Everybody Deserves A Good Waffle..."

Our Culinary Arts class made breakfast including waffles, eggs and sausage and more! As one of the students handed me a plate, he said, "Here Mr. Holt, everyone deserves a good waffle!" 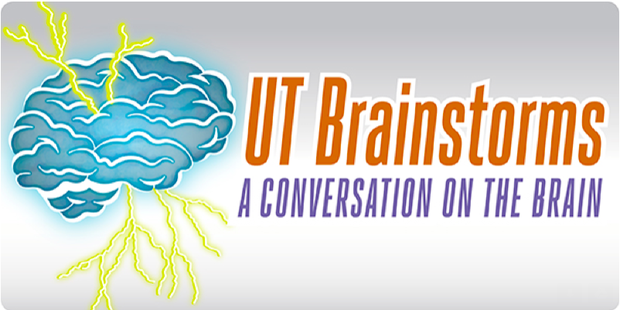 Happy New Year from the Department of Neuroscience at The University of Texas at Austin! We are very excited for our first UT Brainstorms of 2020, and think that it will be of interest to middle and high school aged students: "The Student Brain: A Conversation About the Neuroscience Behind Effective Studying"

Topic: The Student Brain: A Conversation About the Neuroscience Behind Effective Studying

All UT Brainstorms public outreach events will be held on the UT Campus at the Lady Bird Johnson (LBJ) Auditorium. The LBJ Auditorium is located at 2313 Red River Street, Austin, Texas 78712.

HB 496 requires districts to annually offer instruction on the use of a bleeding control station to students enrolled in grades seven or higher. LVISD will offer this free training to students and their parents on Wednesday, February 12 from 6:30 - 7:30.

Due to space and resource requirements, please RSVP for this training with Heather Stoner at heather_stoner@lagovista.txed.net. 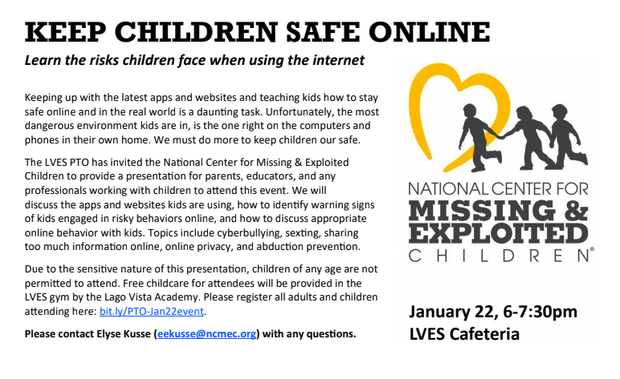 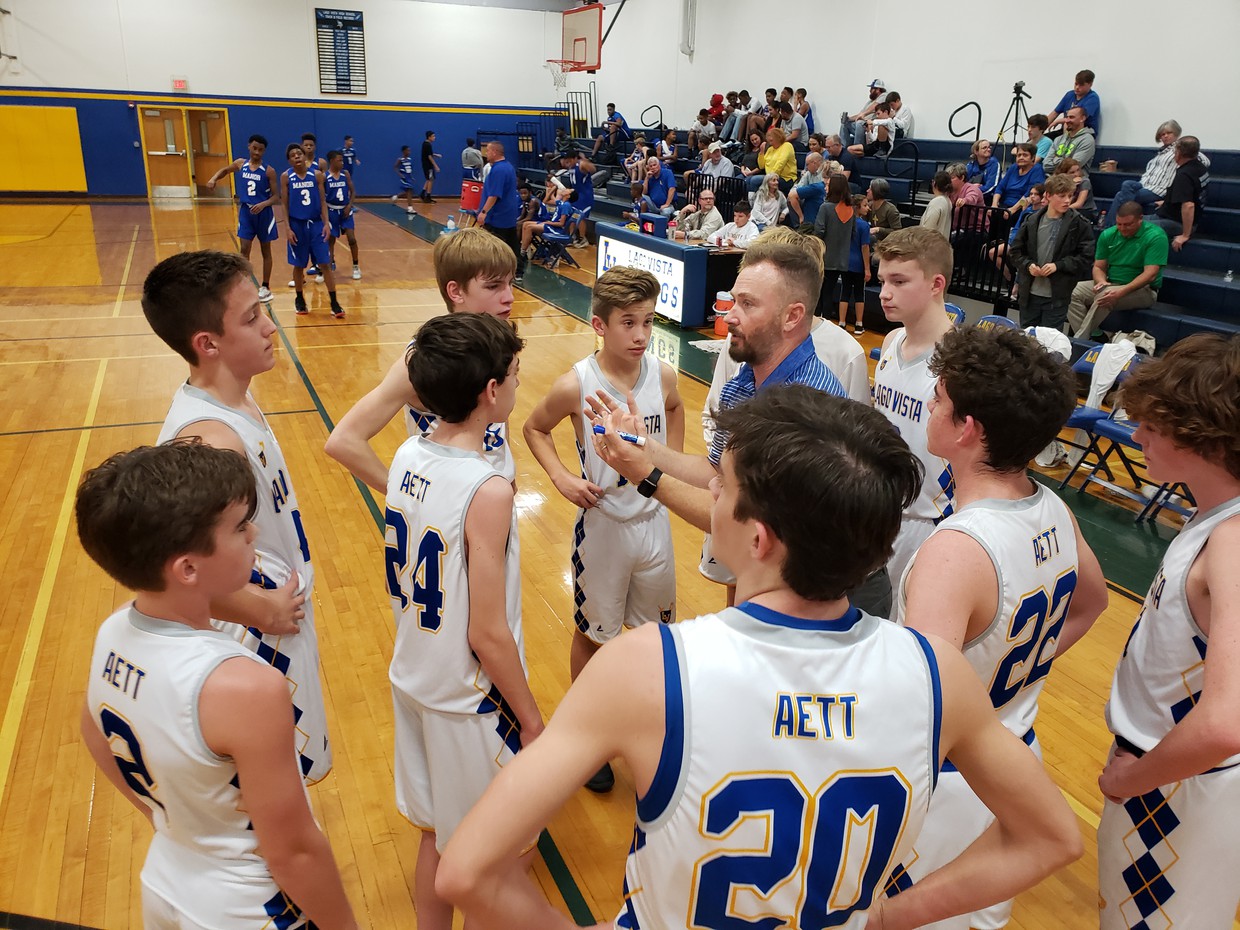 Manor New Tech was really good...details coming soon from these games and a great tournament in San Saba! 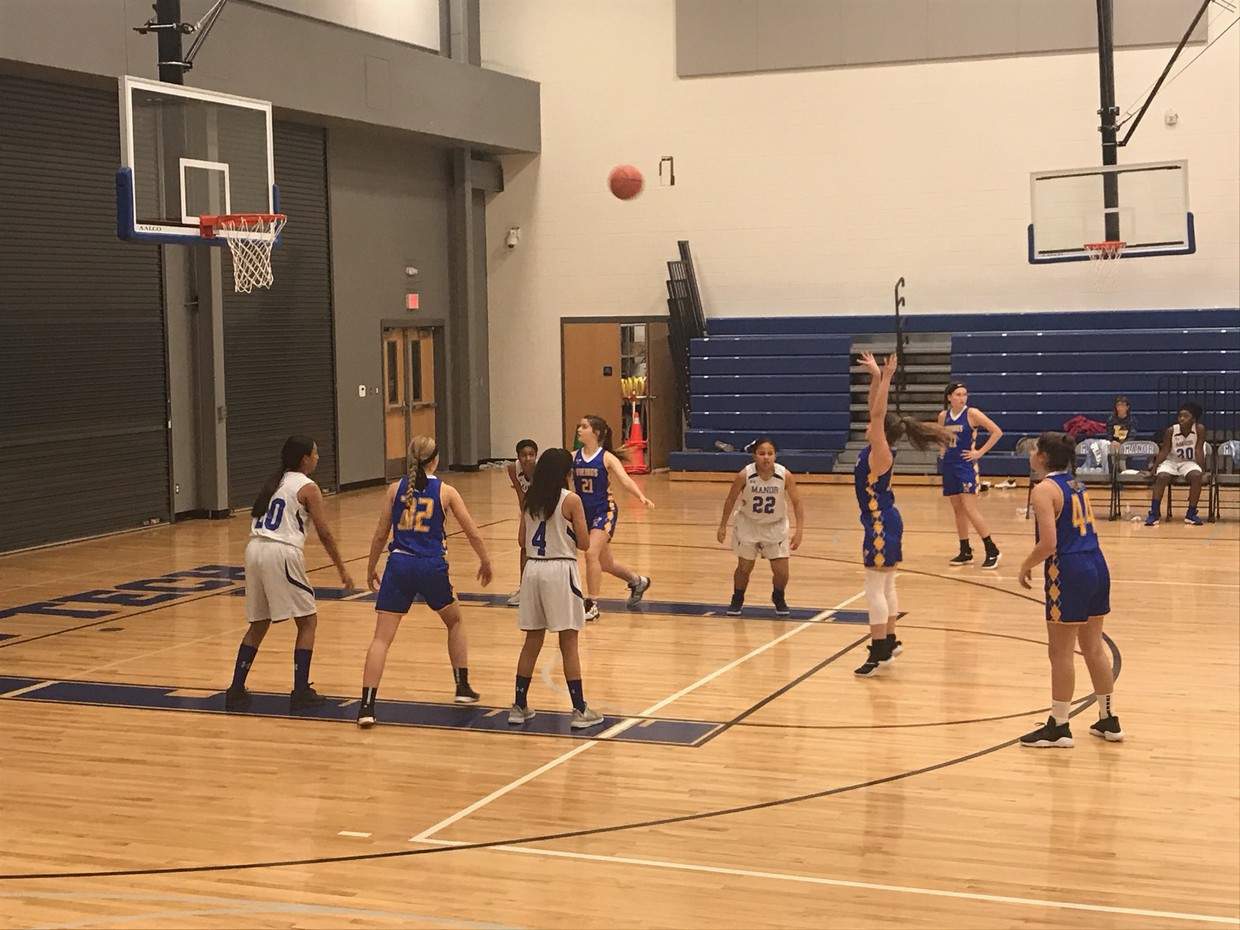 Lady Vikings Take 3 out of 4 From Gladiators

On Thursday, the Lady Vikings faced off against the Manor New Tech Gladiators. All season Lago Vista's strength has been their defensive pressure and last night was no different. Within the first minute of the game, the Lady Vikings had scored 10 points from their full court pressure, creating steals and forcing turnovers. Lago Vista grew and kept the lead the entire game. The final score was 29 to 5. Chloe Patton, Hanna Simmons, and Shea Yeary contributed 8 points, and Amelia Robinson scored 13 points. The Lady Vikings are doing great things this season and are only getting better! Congrats Lago Vista!

Our 8th grade B team fought hard but could not pull out a victory against Manor New Tech this time with a final score of 6-8. Isabelle Johnson led the team in scoring with 6 total points. We had 12 total steals as a team. The girls brought the game right down to the wire but a late layup by Isabelle Johnson was waved off. The girls continue to get better with the hard work they have been putting in at practice.

The 8th Grade A team won their game at Manor New Tech on Thursday. The final score was 20-16. The game was close the entire way but the LV girls left all their energy on the floor to secure the win. The team improved to 4-2 in district and look to finish the second half of the season on a strong note. Kambree Penton outside shooting was on full display during the game as she lead the team in scoring. Kendall Karg and Emma Clark lead the team in steals which lead to many transitional baskets.

On Saturday the girls competed in the San Saba Tournament. The girls dropped both tournament games 31-20 vs San Saba and 52-19 vs. Goldthwaite. Kambree Penton lead the team in scoring with some outstanding outside shooting. Addison Lockhart added some great outside shooting as well from the 3 point line. Turnovers plagued the team throughout the tournament which cause the team to fall behind in the games. The coaching staff plan to dedicate most of the practice this week to ball control and passing.

Follow Eric Holt
Contact Eric Holt
Paste in your blog/website to embed.
Aa Aa Aa
High Contrast Mode
Use the box below to choose the language: