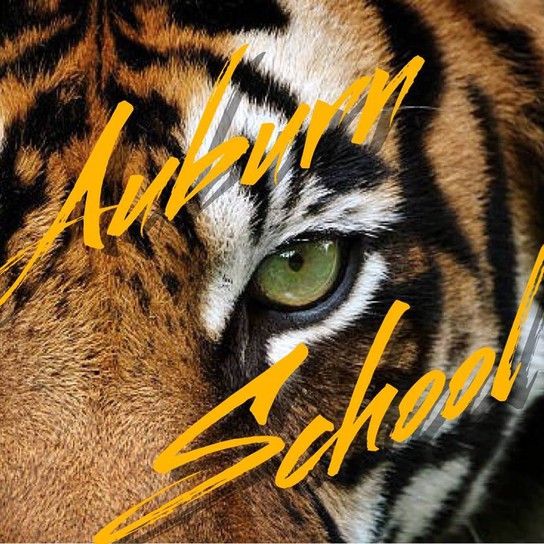 What did the mother say to the father when their son fell down the stairs? "Oh look honey, our son is taking his first 23 steps!"

How To Torment The Pizza Guy

1. Ask for the crust on top this time.

2. Ask if you get to keep the pizza box when your done. When they say yes, act very relieved.

3. Pretend you know the person on the phone from somewhere. Say something like, "Hey, your voice sounds familiar... I think we went to bed-wetters camp together about five years ago.

4. Make the first topping you order pepperoni. Just before you hang up, say, "Remember------no pepperoni, please!" Don't wait for a response.

5. If the person on the other end gets annoyed with you, say, "The last guy let me do it!" 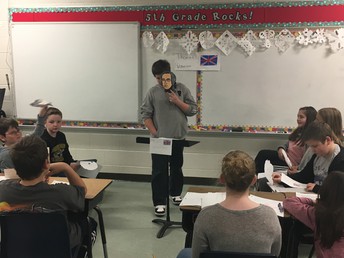 In Social Studies class, we acted like we were having a debate between Patriots and Loyalists! 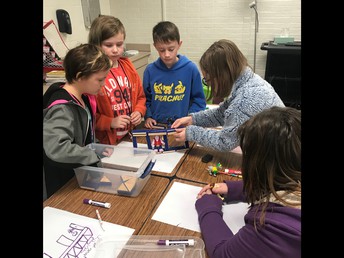 The Hooked on Science guy came and talked to us about building and teamwork! 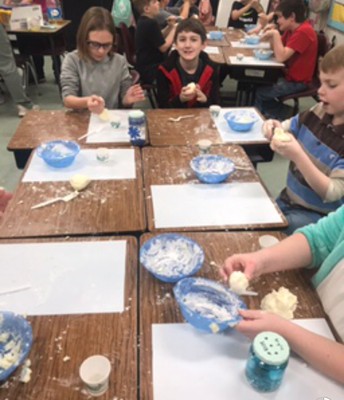 After we finished the book Narnia we had a Narnia day and on of our activities was making snow dough!

We are having a field trip on April 10th!

Think of a number 1-10 (all numbers will work but those numbers are easiest) Double that number. Add 10. Half it. Then subtract it by the number you started with. (Go down to the Royal Riddles Answers box)

What gets bigger the more you take away from it?

Happy Birthday to Me 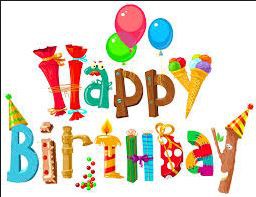 I bet that your answer is 5.

No, cows drink water! (If you said water in the first place, great job!!)

Bella Cron is moving higher in the Grandparent of the Year Award!

Briahna Higgins won first place in the district spelling bee! Now she be moving on to the state spelling bee!

Thank you for reading this tri-month newsletter. It should have been one, two at the most, we are sorry for the inconvenience . Thank you for your patience and we hope you have a nice day.