Shakespeare’s word choice may seem confusing without further examination, for a couple reasons. Many words found in Hamlet are no longer in common use. Words such as “parle” are not seen in modern vernacular, so it may take a closer look in order to discover its meaning: a discussion or meeting. Alternatively, some words found in Shakespeare’s plays are still used, but may have different meanings now from when Shakespeare penned them. “Cousin”, for example, meant any kinsman, whereas today “cousin” has a much narrower definition. Some words, in fact, have meanings opposite their original definitions. “Rivals”, used in Hamlet, denotes companions, though today it refers to enemies. When such is the case, it is essential for one to view any textual notes available with the plays. 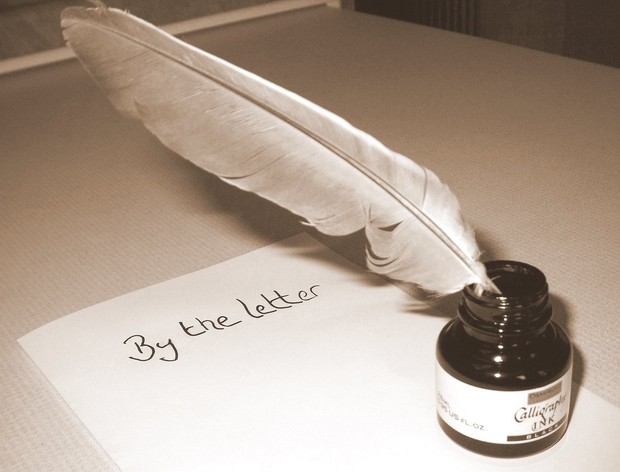 Because meaning in English sentences is highly dependent on word placement, Shakespeare’s sentences can confuse the reader due to his use of unusual word arrangements. This is done purposely, either by using the line’s poetic rhythm to emphasize a certain word or by giving a character distinct speech patterns. One feature of Shakespeare’s syntax is placement of the verb before the subject and the object before the subject and the verb. For example, when Horatio says “In what particular thought to work I know not,” he means, “I know not in what particular thought to work” in modern English (1:1:78). Shakespeare may also construct sentences to separate words that normally go together. For example, when Claudius says, “Which have freely gone/With this affair along,” he separates “gone along” (1:2:15-16). Finally, Shakespeare delays basic sentence elements and gives subordinate material first. For example, Marcellus says, “Thus twice before, and jump at this dead hour,/With martial stalk hath he gone by our watch,” whereas in modern English the sentence would begin with “He hath gone by our watch.” 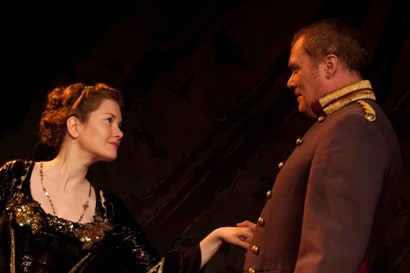 Shakespeare employs two main types of wordplay: puns and metaphors. A pun is a play on words that sound the same, but mean different things. Shakespeare uses them humorously to emphasize the word’s different meanings. Although puns may appear unintelligible, Shakespeare includes them with deliberation. A metaphor expresses an idea by depicting it as something else with similar features. Shakespeare often uses this to ideas beyond verbal description or hyperbolic language. Such language is present when Shakespeare says that the Ghost “a mote it is totroubles the mind’s eye” (1:1:124), comparing the mind’s irritation to an eye’s reaction to dust. 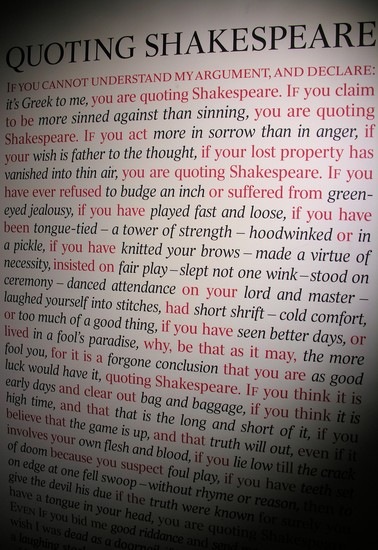 Shakespeare’s Hamlet is a performance script, and should be vocalized by actors who are moving, gesturing, and showing emotions. Although there are explicit “stage directions,” some actions are clearly implied by the intense dialogue. For example, when the Ghost first arrives on the set, Bernardo exclaims “See, it stalks away!” and later in the same seen Horatio says “I’ll cross it though it blasts me” (1:1:139). Bernardo’s implied actions are obvious, to point at the spirit he sees. Horatio’s actions are less obvious; the reader’s or director's interpretation decides if Horatio literally crosses his arms on his body or merely stands in the way of the Ghost as it exits the stage. 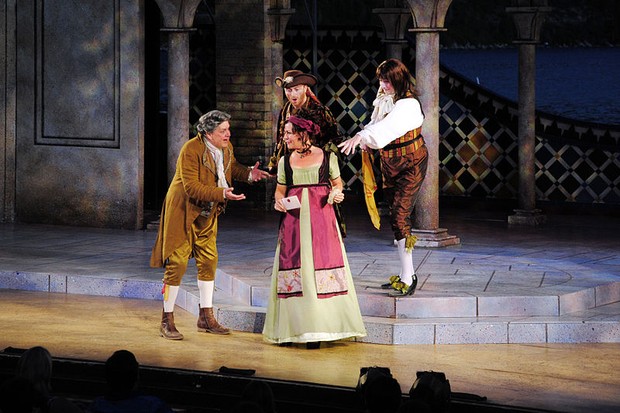