Get email updates from Liz:

A defining moment in American History

A defining moment in American History

The Civil War is the central event in America's historical consciousness. While the Revolution of 1776-1783 created the United States, the Civil War of 1861-1865 determined what kind of nation it would be. The war resolved two fundamental questions left unresolved by the revolution: whether the United States was to be a dissolvable confederation of sovereign states or an indivisible nation with a sovereign national government; and whether this nation, born of a declaration that all men were created with an equal right to liberty, would continue to exist as the largest slaveholding country in the world. In this pamphlet you will learn the inside and out about the historical and memorable event, The American Civil War. 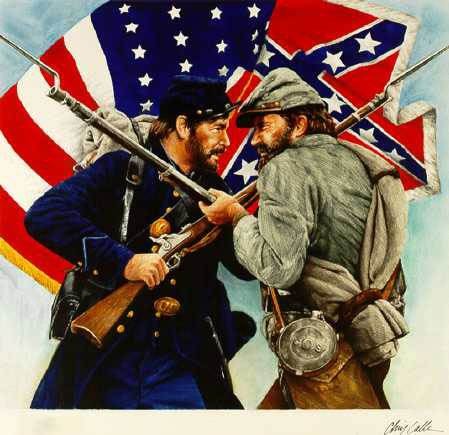 The Civil War started because of uncompromising differences between the free and slave states or as we know it the North and South,over the power of the national government to prohibit slavery in the territories that had not yet become states. When Abraham Lincoln won election in 1860 as the first Republican president on a platform pledging to keep slavery out of the territories, seven slave states in the deep South seceded and formed a new nation, the Confederate States of America. The incoming Lincoln administration and most of the Northern people refused to recognize the legitimacy of secession. They feared that it would discredit democracy and create a fatal precedent that would eventually fragment the no-longer United States into several small, squabbling countries.

The victorius win at the Battle of Spotslyvania 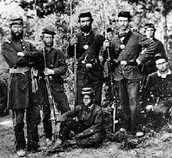