RSMA Counselor is NY1's "New Yorker of the Week"

RSMA Counselor is NY1's "New Yorker of the Week"

RSMA is fortunate to have our second New Yorker of the Week in 2020 with this week's New Yorker - Sarah Kamya. Sarah is one of our Counselors that works primarily with our K-5 students. She is no stranger to the spotlight for her social justice and racial equity work after recently appearing on Live! With Kelly and Ryan in June. Read Sarah's story from NY1 below, and also click here to watch the video.

Congratulations, Sarah, we are SO lucky to have you in our community! 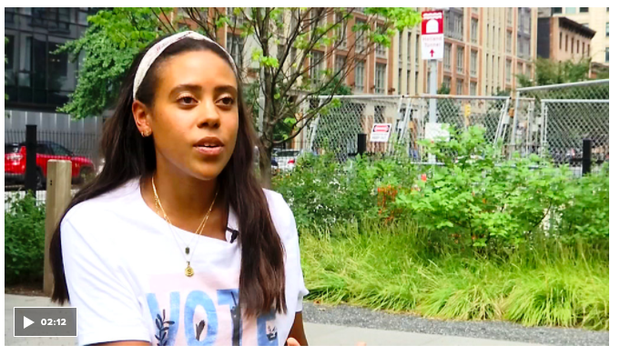 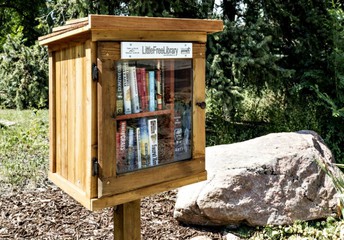 "You’ve probably seen those Little Free Libraries. They’re small cabinets here in the city and across the country. People can come take a book or contribute a book. But bookworm Sarah Kamya says she noticed something was lacking.

In the wake of George Floyd's death, the Hudson Square resident started the “Little Free Diverse Library” initiative with the goal of adding books by Black authors and books with Black characters.

"People were trying and working to bring awareness to these different things and I thought this would be a really good way to educate people," Kamya said.

Kamya started in her native Massachusetts. She was staying for part of the pandemic. She then continued her efforts when she returned to Manhattan in July. She added books to the Little Free Library at Freeman Plaza West. And volunteers are now filling other libraries across the borough. Kamya has since raised more than $16,000 for the project and purchased 1,500 books all from Black-owned bookstores. Another thousand or so were donated. Her initiative has reached all 50 states now.

"It's just amazing to know that there is a diverse book in each of these libraries," Kamya said.

She hopes spotlighting these stories will inspire young Black boys and girls.

"They're getting to see themselves represented and can gain confidence and build that self esteem," Kamya said.

Kamya’s a school counselor so her next goal is to extend the reach of Little Free Diverse Libraries by installing them outside schools.

"It can just really change lives and change communities because if you're able to get to understand just one person that looks different than you, you might be able to be more alongside them. And I'm just going to keep going until I guess I buy every book in the country," Kamya said.

So, for helping to start a new chapter of racial justice in the city, Sarah Kamya is our New Yorker of the Week."