benn is using Smore newsletters to spread the word online.

Get email updates from benn: 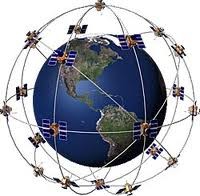 What does GPS mean and why was it invented for?

* GPS stands for Global Postioning System. It's a satellite naviagation system that can pin point and locate you anywhere in the world. The satellite navigation system is made of 24 satellites placed in orbit around the earth.  GPS was intended for the military in the United States of America. In the 1980s the government made the system available for public use.

benn is using Smore newsletters to spread the word online.

Follow benn little
Contact benn little
Embed code is for website/blog and not email. To embed your newsletter in a Mass Notification System, click HERE to see how or reach out to support@smore.com
close