The Most Basic Rights Of All Americans

The Most Basic Rights Of All Americans

Freedom of Religion was listed up first because you can believe anything that you want and if you want to you don't have to believe in religion or faiths. This is an amendment that supports your desicion of beliefs. 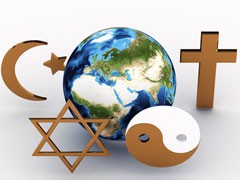 Before, people were thrown in jail if they speak out against the king. Now that Freedom of Speech is in the 1st Amendment, we can speak our minds and say whatever we desire unless it can harm other people.

This picture demonstrates a Freedom of Speech because we can speak freely.

This picture demonstrates free speech because you can say something even if others disagree with you. 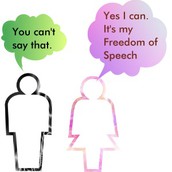 This picture demonstrates freedom of speech because even if someone doesn't agree with what you say. It's your opinion, it's your Freedom of Speech.

Freedom of the Press

The Freedom of the Press allowed the Press to print anything that they want and the government can't tell them not to print or publish it. The Press should not have the right to to publish something withought the government's authorization because it may harm other people.

Freedom of the Press

The government can't tell the press that the can't publish something.

With the freedom of the press, the things that they publish can come up on your devices and may also cause bad effects.

Some things that are published can harm other people. This is why the press should not have this right.

The Right to Assemble

Americans have the right to hold meetings and talk about ANY topic but they can't cause any violence.

With the Right to Assemble, people also have the right to make protests.

The police can be involved if one of the protests or meeting can harm people or cause violence.

We all have the right to send formal complaints to the government to change things for the better. 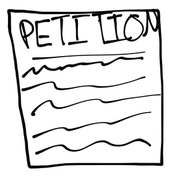 We can all write petitions if it is going to change something for the better.

Students can write petitions for classes if it involves making good changes.

Sometimes people try to make protests to make others realize the importance of some things.