gaby is using Smore newsletters to spread the word online.

Get email updates from gaby:

The population in Bangladesh is increasing in younger children. the population now is mostly young adults and out weigh the older population. the amount of females and males are even. The population at 1950 was 50 million, now in 2016 has increased by over 100 million. 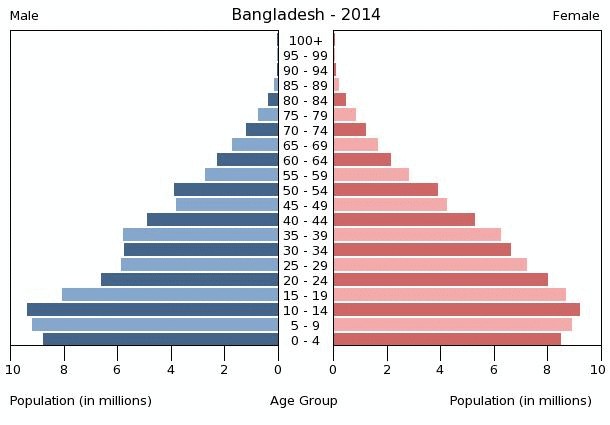 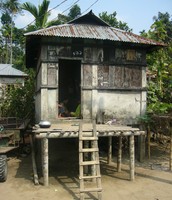 Bangladesh has been independent from Pakistan since 1971. It was known as East Pakistan before. The nation had parliamentary democracy until Sheik Mujibar Rahman, the president at the time, was assassinated in 1974. From 1975 to 1990 the power was held by the military. Now since 1991, the power has alternated between Bangladesh Nationalist Party and Awami League. A short time from 2007 to 2008 was yet again under military power because of corruption and violence. Now since 2013 Abdul Hamid has been president of Bangladesh.

Bangladesh is a developing country. In recent years the GDP has grown by 6%. This is helping the people of Bangladesh escape poverty and corruption. There is rich alluvial soil which is perfect for farming, which helps give people many jobs. There is a lot of underemployment in Bangladesh. Now in recent years, Many countries are helping this country. US buys the Exports the most than any other country. This is helping Bangladesh grow as country and help fix the many flaws they face. This is changing the culture because now people are getting jobs and providing people with more opportunities.

Politics in Bangladesh have changed the culture of the people. Now it is a constitutional republic. It is giving the power more to the people than the government which was in past years. It is giving this country more of an opportunity to grow. It is slowly growing it and Bangladesh is now one of the Frontier five and Next Eleven Emerging Market.

gaby is using Smore newsletters to spread the word online.