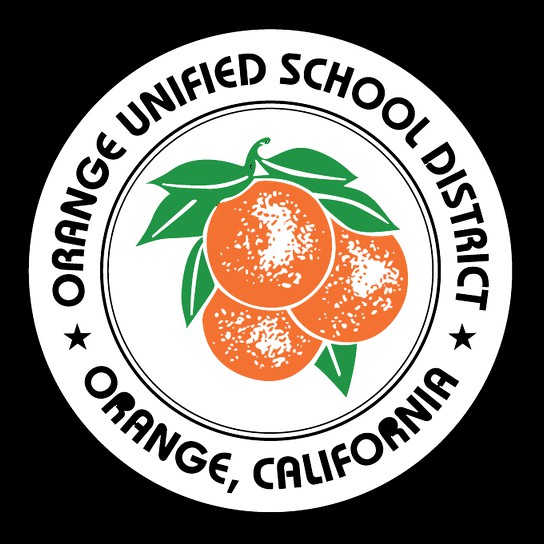 Get email updates from OUSD:

CLICK HERE to learn how to customize this newsletter’s appearance by accessing contrast, font size, and language customization options.

During my tenure with OUSD, I am proud of the District recognitions and accomplishments in providing both a high quality education and robust programs for our well deserving students. This could not have been accomplished without the collaboration of our board of education, parents, community, teachers and support staff.

As reaffirmed in our strategic plan, the District is steadfast in being fiscally prudent and responsible with our taxpayer dollars. This week, we were notified that our OPEB (retirement health benefit) Bond Credit Rating has been upgraded to Aa2 from Aa3. This upgrade in our OPEB Bond Credit rating is a reflection of our commitment to be effective stewards of public school funds, and the improved rating will save the District money in the long-term based upon improved interest rates that can be secured.

As we plan for the 2021-2022 school year, it is our intent to move towards a traditional instructional model while continuing to adhere to the safety measures required by the Orange County Health Agency and outlined in the OUSD Safety and Health Driven School Reopening Plan. We are continuing to experience positive trends with COVID-19 case numbers declining across Orange County while number of immunizations continues to increase with OUSD holding large scale vaccination clinics for our staff. We are asking that you fill out the Instructional Model Commitment Form indicating what model you prefer for your student(s). Models for the 2021-2022 school year include:

It is important to note that the transfer from one model to another at the trimester or semester will only be considered by Educational Services Leadership if space is available.

The Model Commitment Form also includes a section for you to share any additional input on actions, services, or programs you would like to see facilitated for the 2021-2022 school year utilizing the COVID-19 Relief Stimulus Funds. We have received great input already from our LCAP Survey and Focus Groups yet, we want to provide an additional opportunity to capture all stakeholder feedback. Please indicate your instructional model preference by Friday, April 30, in order to help us plan efficiently. 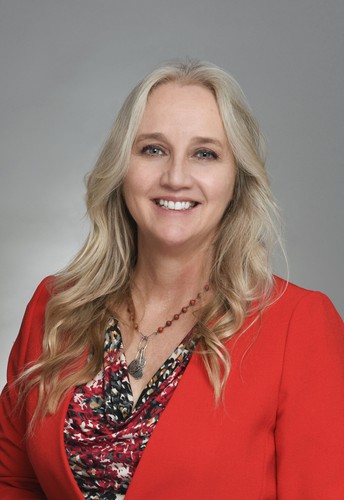 Thank you in advance for your participation and support.

We are planning to celebrate our graduates with banners placed throughout the cities we serve, as well as on our campuses. We ask our interested seniors to please apply for this prestigious recognition via our Google form. Individuals will be selected based upon how closely their experiences reflect the six domains of the OUSD Graduate Profile, so we ask that submissions are as thorough as possible. The deadline to submit the form has been extended to Sunday, April 18. We are also open to any suggestions or feedback the community would like to contribute. We are so proud of our Class of 2021 and look forward to seeing the impact they will have in the future.

Apply for a graduate banner 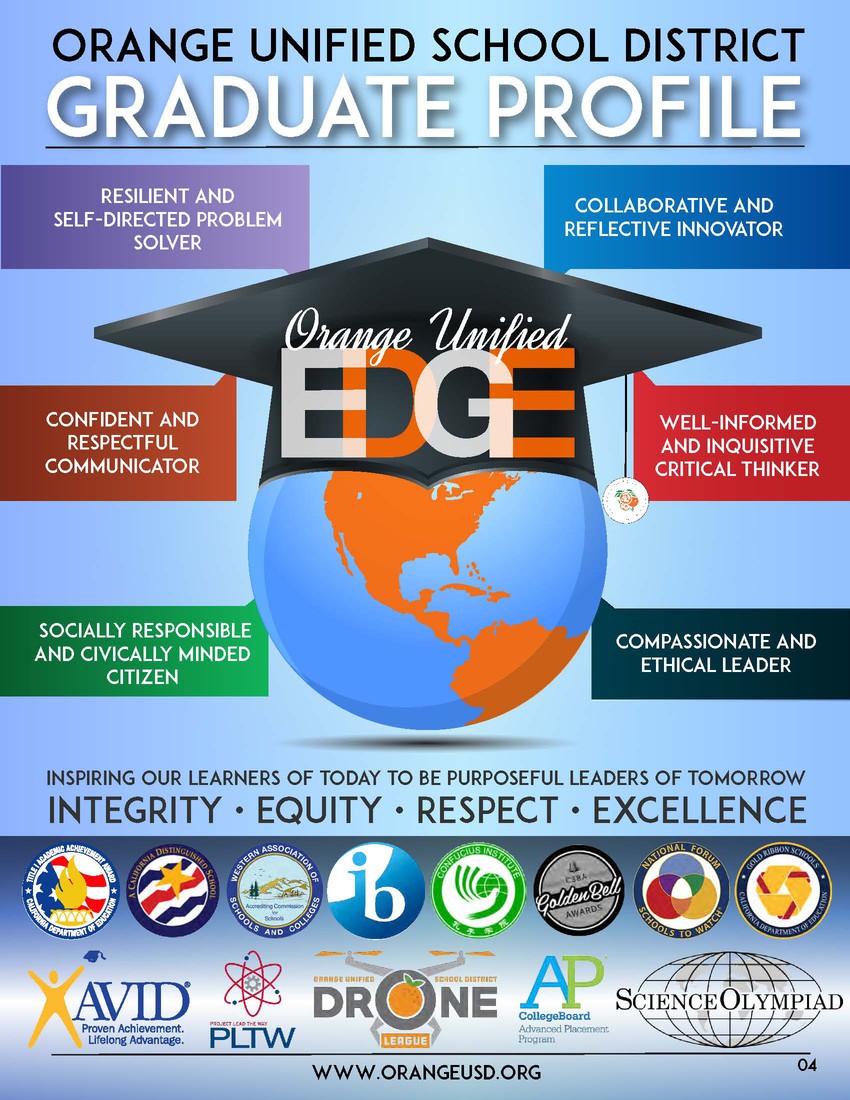 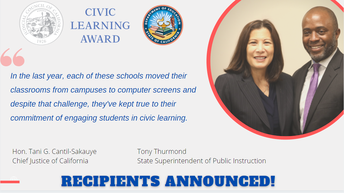 A total of 32 California schools are named this year's recipients of the Civic Learning Awards, an honor which recognizes achievements in civic engagement in the classroom. This year, the awards program put emphasis on school-based efforts that went uninterrupted despite the pandemic.

Students are required to participate in the Restorative Practices program, considered a hallmark of the school. Whether online or in-person, students in the program discuss issues like race, gender, disability and inequity, often tying them into current events. Villa Park Elementary received a Civic Learning Award of Merit in 2020.

Chief Justice Tani Cantil-Sakauye and Superintendent of Public Instruction Tony Thurmond co-sponsor the award, now in its ninth year. They will host a virtual meeting with the top schools later this month.

Thank You to everyone who participated in this year's Elks Drug Awareness Program (DAP) Video Contest. Overall,15 entries were submitted this year and the Orange Elks three lodge category winners also won at the Orange Coast District competition and advanced to the California, Hawaii Elks Association (CHEA) competition. Each of the entries placed in the top three of their respective category, while one placed first and is headed on to the Elks National Competition.

Congratulations to each of these winners and thank you to the Elks for continuing to offer the DAP Contests. Award presentation details will be forthcoming.

The Elks National Drug Awareness Program is the largest all volunteer drug awareness program in the United States. Since 1982, the Elks have developed an effective, community-based drug prevention program by partnering with federal agencies, including the Drug Enforcement Agency, Office of National Drug Control Policy, Substance Abuse and Mental Health Services Administration, and national organizations such as Pride Youth Programs. These partnerships ensure the Elks Drug Awareness Program addresses the leading drug abuse issues facing communities today. Over the past six years, Orange Lodge #1475 has the most local, district, state, and national video winners of any lodge in the nation for all categories - Middle School, High School, and Post High School - from nearly 2,000 lodges and 15,000 school districts. All of these winners have been entries from OUSD.

To Learn more about the Elks Drug Awareness Program

Fall Registration is now open for the 2021/22 school year. Please register on Eleyo. If you are new to Eleyo you will need to create an account first before you can register. The registration fee of $100.00/$200.00 max per family will be due and billed on Monday, August 2. August (pro-rated) and September tuition will be due and billed on Wednesday, August 18 (the first day of school). Please register as soon as possible. Space is limited at each location: https://ousdcds.ce.eleyo.com/ 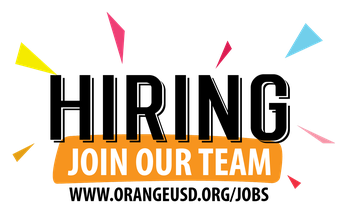 Orange Unified School District is gearing up for its spring recruiting and hiring initiative. Are you interested in a profession that makes a positive impact in the community? If so, please visit our website at www.orangeusd.org/jobs to view a vast array of employment opportunities that span from entry-level to upper management, classified and certificated. Join the Orange Unified family and Inspire our learners of today to be purposeful leaders of tomorrow. 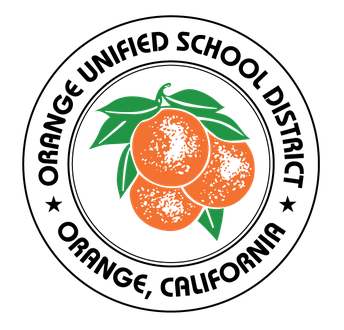 Facebook @orangeunifiedCA
We invite you to take a moment to follow Orange Unified on social media to receive the District’s latest news and announcements. Social media may also be a critical line of communication during emergencies and will be an excellent place for you to get up to date information: Twitter | Facebook | Instagram | YouTube
1401 North Handy Street, Orange, CA, USA communications@orangeusd.org 714-628-4000 orangeusd.org