Bhawneet is using Smore newsletters to spread the word online.

Get email updates from Bhawneet:

Comparison of Both Countries' Demography in 2014 and 2040

Comparison of Both Countries' Demography in 2014 and 2040

Canada is an example of a developed country. It is known as one of the best and safest place to live in, due to its great working conditions, top quality education and high standard health care systems. Developed countries like Canada and Germany or even developing countries' are established mainly by their population characteristics. Demography is the study of a country's population, and how it is partly resulting the country in the state where it is, whether; decreasing, increasing, aging, and much more. Studying Canada and Germany's demography (which we will do) will not only help us compare both the countries' present problems regarding population but also eventually help us discover many more that await them in the future. 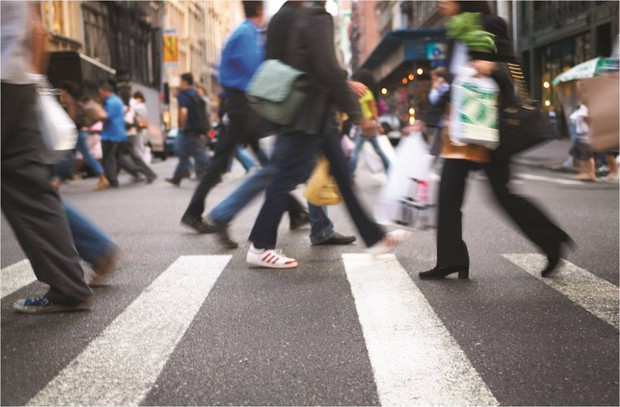 Canadian Immigration Today and in 2040

Nowadays there is a certain criteria and process that immigrants must follow in order to immigrate to Canada. To my understanding those processes will be similar in 2040 because they're designed to help identify which people are most likely to become successful residents of Canada. Canada has accepted about 230,000 immigrants in 2014, majority of those immigrants came from the Philippines, China, and India. Greater number of immigrants will most likely be accepted into Canada in 2040 (Approximately 390,000) because more families would want to live in a country with greater advanced technology, health care, and education systems, that will be further developed in the future. The Canadian government will also need greater number of young immigrants, mainly Skilled workers to help serve the economy; pay taxes for the baby boomers retirement costs, also to help increase birth rate, and employment in Canada. 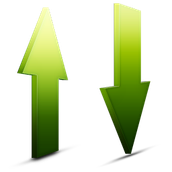 Number of Increase or Decrease in 2014 and Percentage

Canada has increased by 276,297 people or 0.79% in 2014. On the other hand Germany has decreased by 167,286 people in 2014 that is about 0.21%! Germany decreasing means it has a lower birth rate and/or number of (young) people immigrating, while compared with Canada. As in for Canada increasing that is probable the result of greater number of (young) people immigrating to the country.

In order to get the natural Increase you must subtract the number of deaths from the births. The natural increase shows how many people were added to the population, while taking in consideration the number of deaths. Natural increase does not include net migration of the country! Canada's population was increased by 79, 935 people, while Germany's population was decreased by 210, 716 people in 2014. There are more deaths in Germany when compared with Canada, maybe due to differences in education and/or health services provided in both countries'. Germany's population decreasing mean that there are more deaths then births.

We can subtract the total amount of emigrants from immigrants into a very useful calculation called the Net migration. The net migration shows how many people immigrated to the country, while taking in consideration how many people emigrated. In 2014 approximately 230,000 people immigrated to Canada, and about 35,000 emigrated. The Net Immigration of Canada in 2014 was about 196,362 people. On the other hand Germany's net immigration in 2014 was only 43, 430 people. There is a greater number of people immigrating to Canada than Germany, probably due to the differences in their push and pull factors.

People immigrate to a country based on its pull and push factors. Push factors are reasons that may force an individual to emigrate from the land of their birth, to another country.

Canada and Germany's Pull Factors in 2014

The opposite of push factors are called pull factors. Pull factors draw people into a country, and are reasons why people immigrant to that country specifically.

The Median Age is the age that divides a population into two equal groups. Half of the population is younger than that age while the other half is older.

Canada and Germany's Median Age in 2040

Taking under consideration that Canada and Germany's birth and fertility rates are both much lower than many other countries around the world, both countries' median age will most likely increase, but not tremendously. Canada's median age in 2040 will probably increase to 43.5 while Germany's will increase to 48.1. Both median ages may result from a woman not having more kids causing birth rate to remain low, or also from lower number of young (18-30) immigrants immigration, and many baby boomers aging resulting in an older population.

The Fertility Rate is the average number of children that a woman gives birth to throughout her lifetime. One of the biggest reason why Canada and Germany's population are both aging because of their low fertility rates. Canada's fertility rate is 1.66 while Germany is only 1.40!

Canada and Germany's Fertility Rate in 2040

Predicting the future can be hard, but seeing that women are continuing to get greater job opportunities and status then the past, can and is resulting in one having less kids. Keeping that in mind Canada and Germany's fertility rate will probably decrease in 2040 but not drastically. Canada's fertility rate will decrease to 1.30, while Germany's will decrease to approximately 1.15.

Wanna know which country is bigger in size? Click "Map Fight" to compare Canada's country size with and Germany's!

People in Germany are living longer, and having fewer children, as a result Germany's population is aging. Will this demographic shift have a big impact on the country's economy, political power, and population structure in the future?
Germany's Demographic Challenge

We have taken a look at how Canada and Germany's population characteristics are different, but yet similar in some cases! Will the similarities in their population structure today impact and create the same problems for each country in their upcoming future? 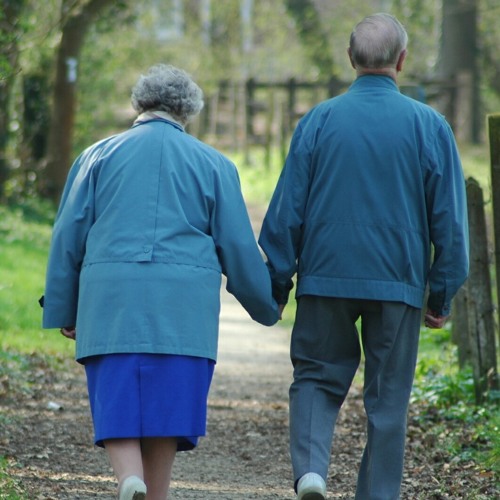 Canadian Demography Now and in 2040 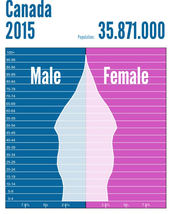 Canada's birth rate is currently low due to the fact that a woman in Canada is having approximately 1.66 kids throughout her lifetime. In addition to that Canada's death rate is also low as a result of the advanced health care systems. Canada having low birth and death rate has put the country into stage 4 in the Demographic transition model. Canada being in stage 4 has cause the population to increase at a slower rate resulting not only the population aging but also having a higher median age and the number of young immigrants, immigrating to the country. 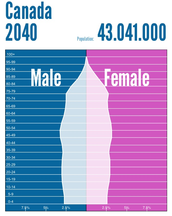 Women are continuing to get higher status, rights, job and education opportunities. Considering that Canada's birth rate will decrease, resulting the median age to increase. On the other hand the death rate will also decrease but not tremendous by the help of the advantaged technology in the future. Canada will most likely go into stage 5 in the Demographic transition model, if the number of young immigrants, immigrating does not become greater, to help increase Canada's birth rate. As in for Canada's dependency load that will continue to be the older adults (65 and older). In addition to that the amount of the population over 65 will increase because many baby boomers will aging causing the population to become older.

How Will Canada's Demography Today Impact It's Future? (video)

Big changes are coming to Canadian landscape, and workforce as the baby boomers grow older. Is an aging population a burden or a blessing?
Canada's demographic and geographic shift

Bhawneet is using Smore newsletters to spread the word online.