Come dance and to music with Thomas Alva Edison's phonograph

Come dance and to music with Thomas Alva Edison's phonograph 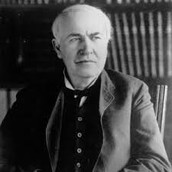 Thomas Edison is the inventor of the phonograph. Thomas was a savvy businessman. He was born on February 11th 1847 in Milan, Ohio. His mother being a teacher is what inspired him to be an inventor. Early in his life he got scarlet fever and after countless ear infections he got hearing difficulties in both ears. No only one person created the phonograph. 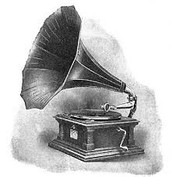 Thomas created the phonograph by accident actually because he was trying to make the telephone and the telegraph but something went wrong and BAM! the phonograph was born! Its purpose was suppose to be that you could speak into the mouthpiece and play it back to yourself. Yes it was because it made music possible and now there's many different ways you can get and listen to music. Yes because now people can just download music off of apps and such. It was used to relay messages and such between many people. It has changed very much actually because now we can just down load music from apps and other stuff. It had a very big impact on other industries because music became very popular.

It was invented in New Jersey laboratory. It's used no where in this day and age.

The phonograph was made in 1877. It was a long process because he had to keep restarting. It has been renewed many years and many times.

The phonograph had a very big impact on my life and society because in my life music is one of my few escapes from my life and music has saved my life many times, and with society music is sometimes how people classify you as who you are.