Whitney is using Smore newsletters to spread the word online.

Get email updates from Whitney: 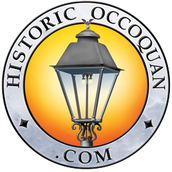 The historic Town of Occoquan, Virginia, is located near the site of the Occoquan Workhouse where -- in 1917 -- the suffragists were imprisoned in retaliation for picketing the White House for women's right to vote. Join us as we venture into town for a spooky night of ghost stories!

Only 20 tickets available! Tickets are $14 per person and can be purchased on the Haunted Occoquan Tours website: http://www.haunted-occoquan.com/book-a-tour.html.

25% of ticket sales will be donated to the Turning Point Suffragist Memorial Association. 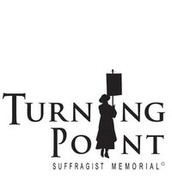 In 1917, over 70 suffragists were imprisoned at the Occoquan Workhouse, then part of the Lorton Prison complex in Virginia, in retaliation for picketing at the White House for women's right to vote. Reports from the Workhouse of inhumane conditions, beatings and force-feedings electrified the country and became a critical turning point in the struggle for the 19th Amendment.

We are working with the Northern Virginia Regional Park Authority to raise funds to erect a national suffragist memorial commemorating the struggle of these women, and to educate future generations about the suffrage movement.

suffragistmemorial.org
Paste in your blog/website to embed.