Bibb County School District is located in Macon, GA, with about 22,000 students. 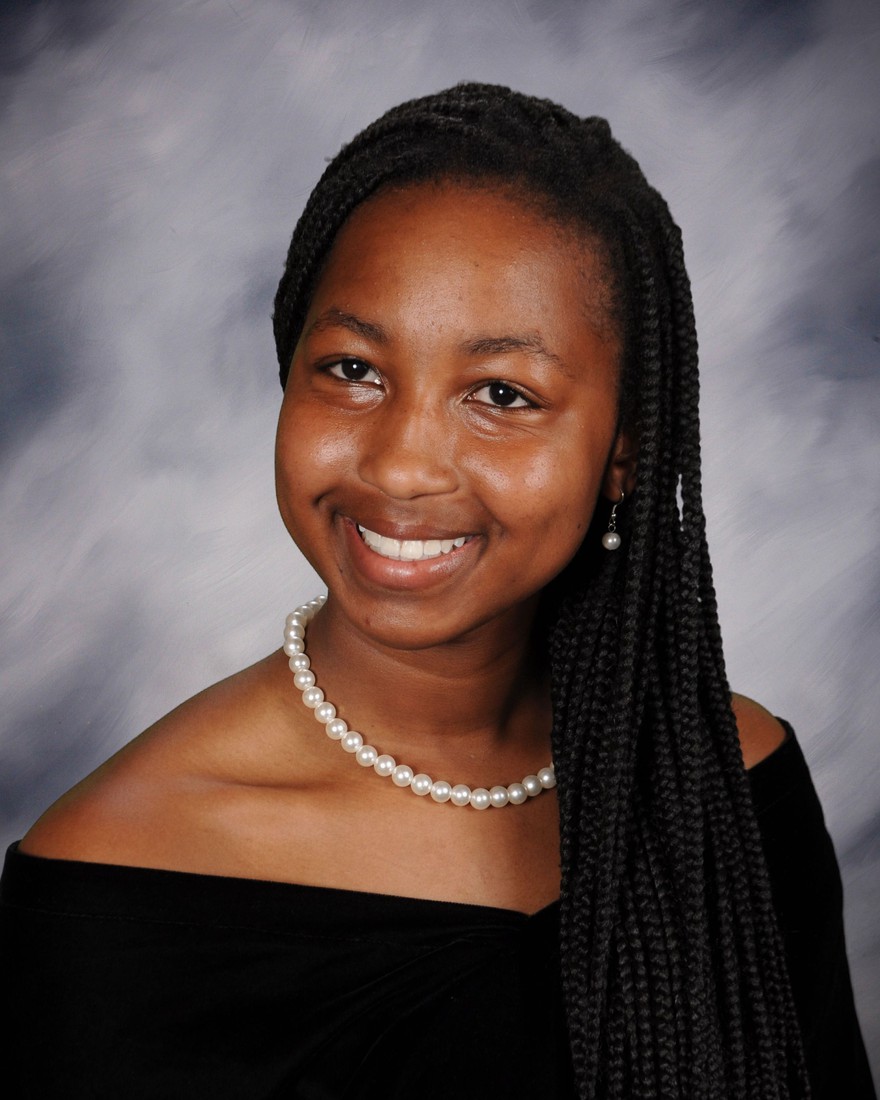 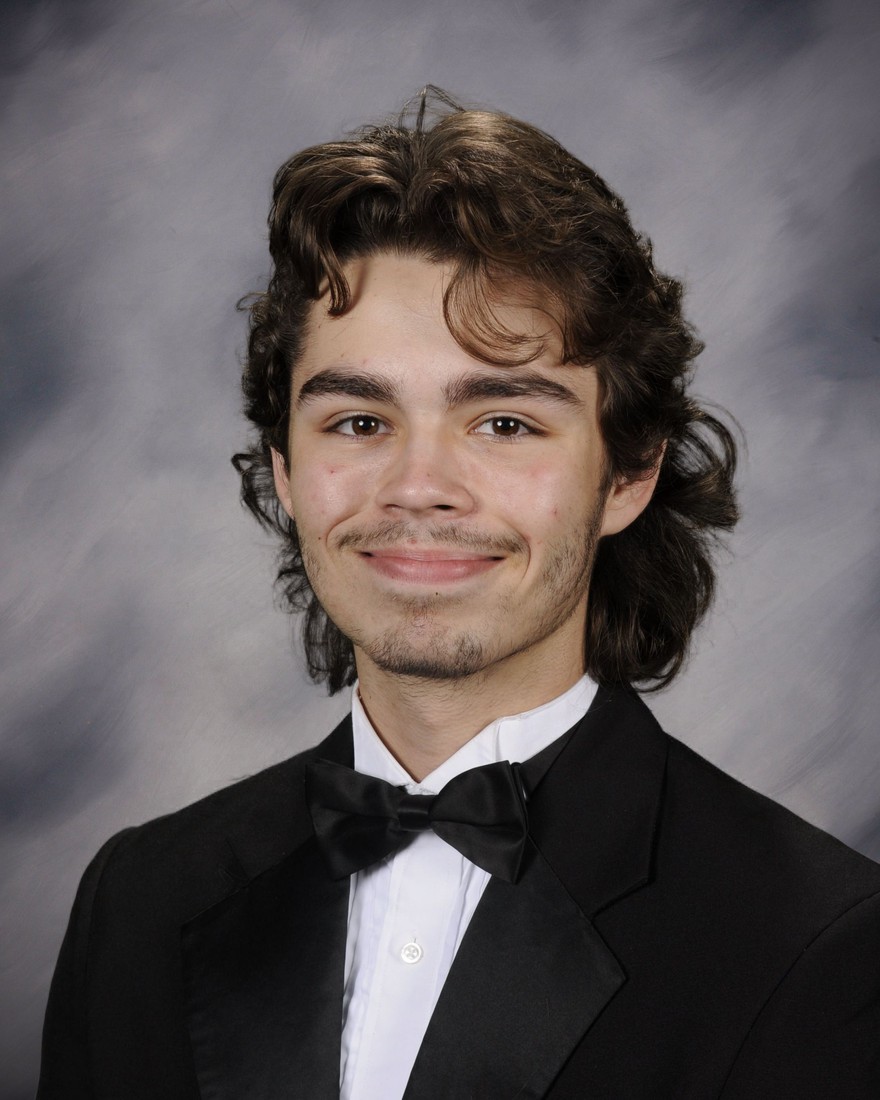 Joshua “Haden” Churchwell is the son of Brian and Misty Churchwell. He has been a member of the Academic Team, as well as the tennis and cross country teams. He is also an International Baccalaureate student. He has participated in the Rotary Club Photography competition. He is an active member North Macon Presbyterian Church where he volunteers with the Habitat of Humanities program assisting with community-wide rehabilitation. Mission trips are his passion, and he will assist the Yakima Indian Tribe with preparing for the winter. Joshua will be attending Georgia Tech in the fall and majoring in engineering. 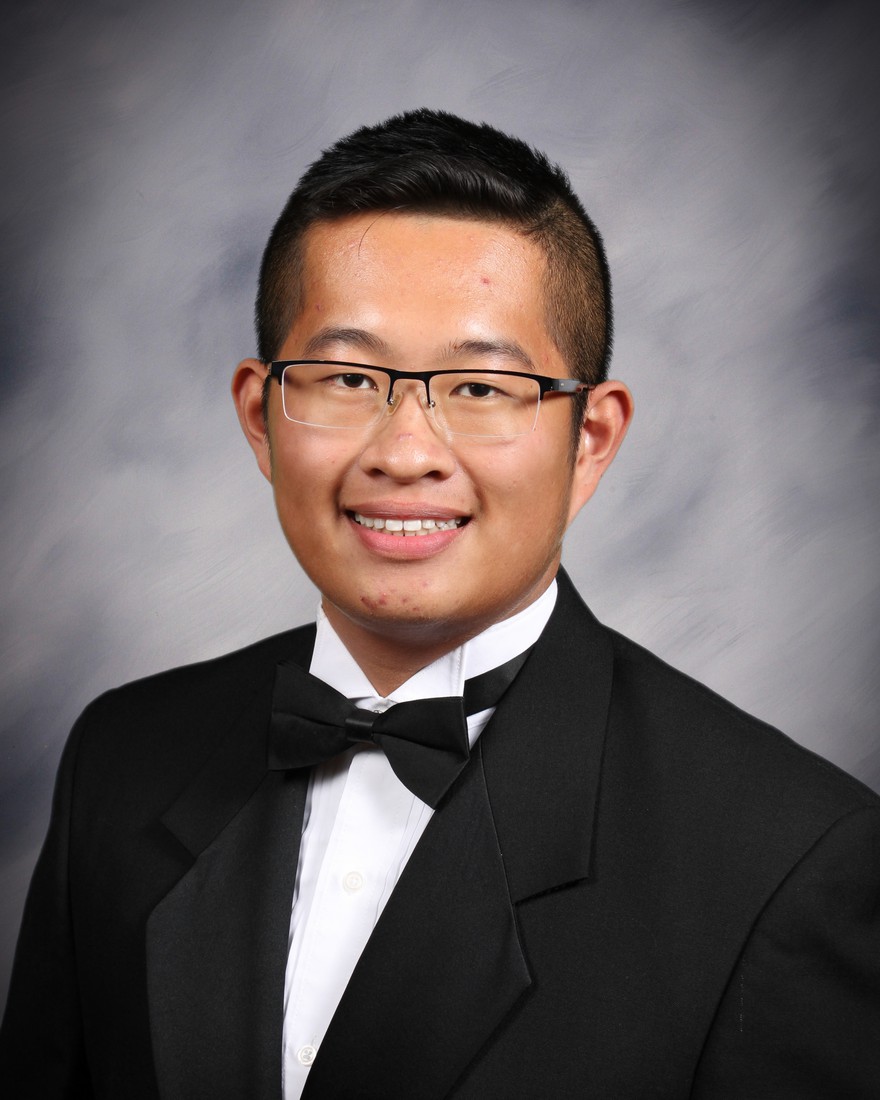 Leo Zhang is the son of Heishing Chau and Tong Zhang. He is the Secretary-General of Model United Nations (MUN), President of Mock Trial, Vice President of Competitive Events of Future Business Leaders of America (FBLA), Vice President of Rho Kappa, and a DECA member. He has led the MUN chapter to many successful conferences at Kennesaw State University and Valdosta State University while being awarded Distinguished Delegation Awards. He has been a four-year attorney on the Mock Trial Team and is a two-time recipient of the Outstanding Attorney Award. Leo has also had many achievements in Career Technical and Agricultural Education (CTAE): placing at State for FBLA in Introduction to Financial Math, placing at State for DECA in Entrepreneurship and qualifying for Internationals twice, and being named the Bibb County CTAE Student of the Year. He is an avid volunteer in the community through activities organized through Rho Kappa. Leo was awarded second place at the Macon Rotary Speech Contest. He moved onto the Northern Zone contest and was awarded third place. He also received multiple invitations to speak at the local Rotary Clubs. He also represented Howard in Argumentative Essay at the Georgia High School Association (GHSA) Literary Meet and placed second. Leo is a College Board AP Scholar with Distinction, Governor’s Honors Program Semi-Finalist in communicative arts, and a Golden Eagle Nominee for English Literature. Leo will matriculate at Yale University and plans to study chemistry. 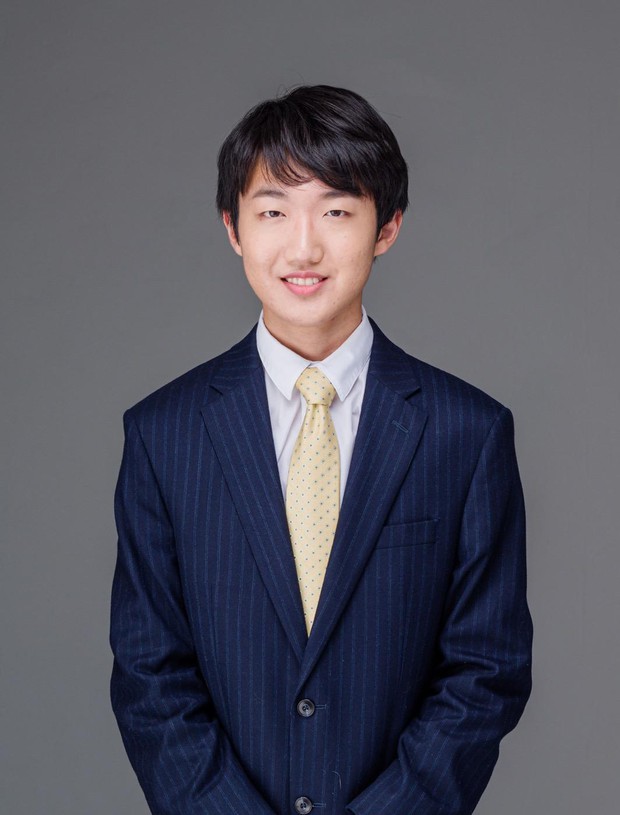 Peter Chon is the son of Rev. Daniel Chon and Lois Chon. He is a Questbridge STEM Quest for Excellence Award Winner, College Prep Scholar, and National Match Finalist, CollegeBoard Advanced Placement Scholar with Distinction and Rural and Small Town Recognition Winner, Carnegie Mellon Computer Science Scholar, STAR Student, and the first student from Howard to be accepted to the Georgia Governor’s Honors Program for mathematics. Peter has conducted research with the ARQuest Student Science and Engineering Research Network and Middle Georgia State University’s IT Department. He published a history paper in MGA’s "Knighted Undergraduate Journal" and presented it at the Undergraduate Conference. Outside school, Peter is a Mathnasium instructor, a member of Jane Fonda’s Youth Advisory Council, and a member of Georgia’s State Superintendent Youth Advisory Council with State Superintendent Richard Woods. At Howard, Peter is the Student Body Vice President and Programming Captain of RoboBibb, having competed at the World Competition after winning state. He is also graduating from Middle Georgia State University with an associate degree in Core Curriculum. Peter plans to study computer science, mathematics, and philosophy at Harvard College on a full-ride scholarship this fall. 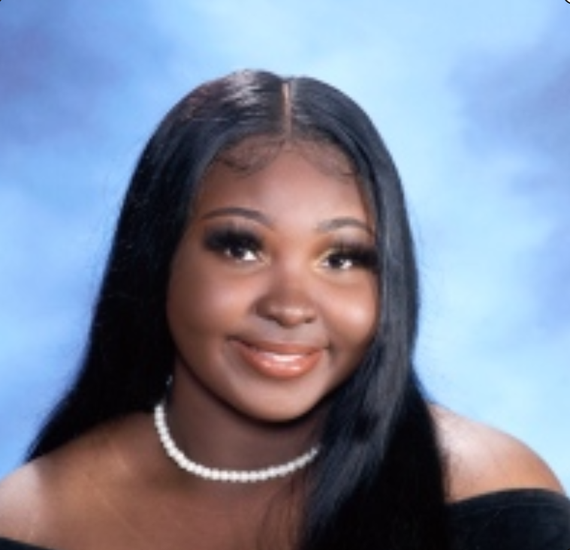 Eyaja Williams is the daughter of Alfonzo Williams Jr. and Ruby Williams. She has been a member of the Marching Band, Concert Band, District Honor Band, Academic Team, Lighthouse Team, Tennis Team, Wrestling Team, HOSA – Future Health Professionals, and National Society of High School Scholars. Eyaja is also a Golden Eagle nominee in the area of math. She has been accepted into the 402nd Engineering Internship Program through Robins Air Force Base, where she will be interning this summer. In the fall, Eyaja will attend Georgia Southern University, where she will major in electrical engineering. 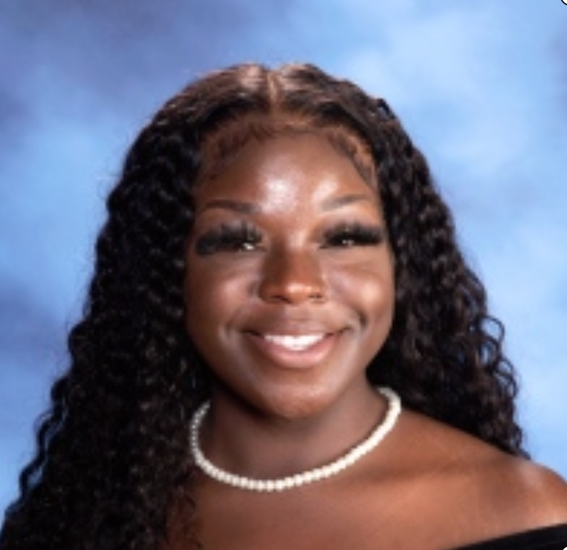 Jayla Johnson is the daughter of Tennisha Johnson and the late Michael Johnson Jr. She is a 4-year letterman of the Northeast Wrestling Team, a 2-year letterman of the Northeast Tennis Team, and a 3-year letterman of the Marching and Concert Band. She was also captain of the Academic Team for two years and a member of Future Business Leaders of America (FBLA) for three years. Jayla has worked hard over the years to finish her high school career as the Salutatorian and an Honor Graduate. Upon graduation, Jayla plans to pursue a post-secondary education to one day become a mechanical engineer. While working to pursue her engineering degree and career, she plans to also continue to foster her passion for cosmetology by working in that field, as well. 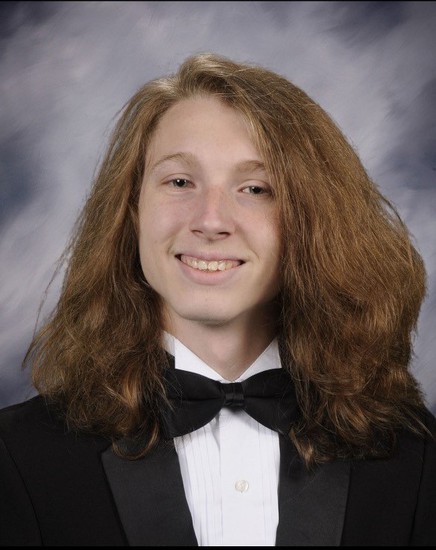 Matthew Brooks is the son of Nickie and Steve Brooks. He is one of the Vice Presidents of Beta Club, the front ensemble captain in the Rutland High School Marching Band, the leader of the Math Team at Rutland High School and has been a member of the National Honor Society. Matthew was named Rutland High School’s STAR Student for the 2021-2022 school year. Matthew has taken many Dual Enrollment classes and has been nominated for the Golden Eagle Award in both math and music. Matthew will major in accounting at Mercer University in the fall. 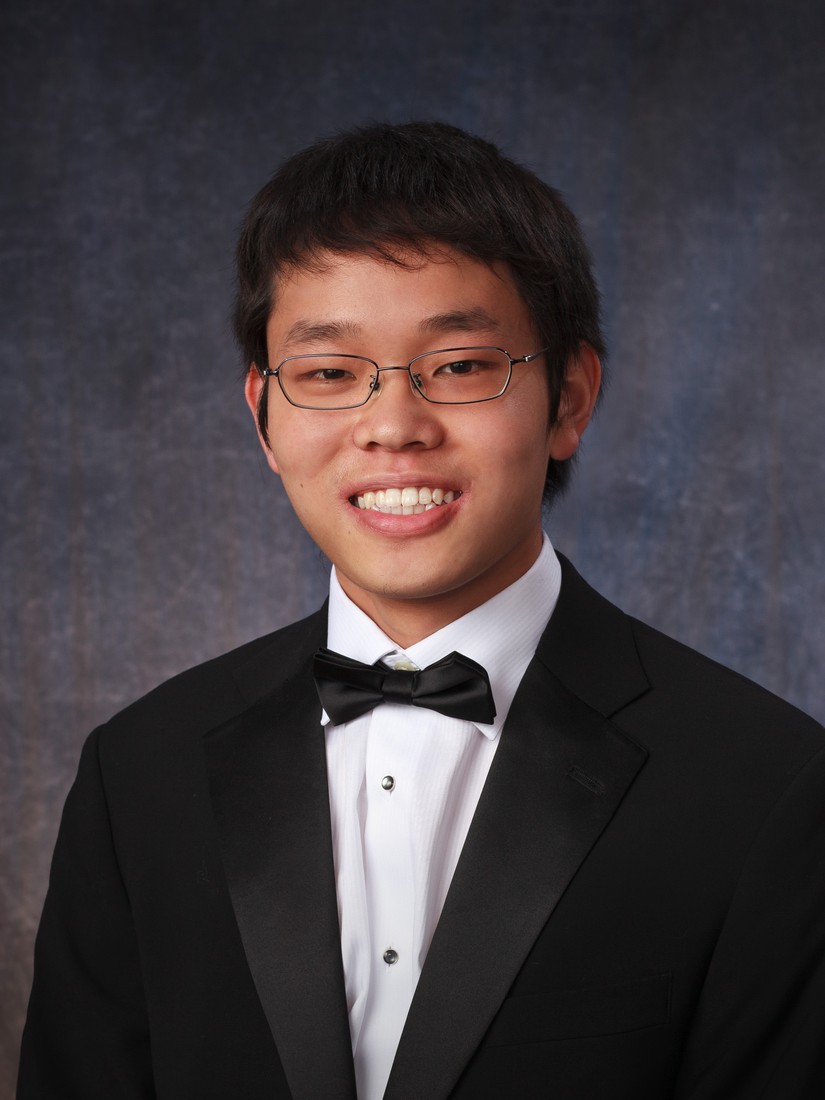 Yusuke Tsutsumi is the son of Hiroki and Kazue Tsutsumi. He was a member of Beta Club, FBLA, DECA, Student Council, Math Team, Bibb County Robotics Team, Model African Union, National Society of High School Scholars, and cross country. He was also a member of Swim Macon team and USA swimming. He entered several Georgia state championships and received many medals and trophies during his 11 years of swimming. He is a recipient of Georgia Certificate of Merit, and Peyton T. Anderson Foundation Presidential Scholarship Award from Middle Georgia State University. Starting in his junior year, he has been attending the Georgia Academy of Arts, Mathematics, Engineering, and Science at Middle Georgia State University in Cochran and is taking college courses as a Dual Enrollment student. He will receive his associate degree in science in May. Yusuke will major in mechanical engineering at Georgia Institute of Technology (Georgia Tech) in the fall. 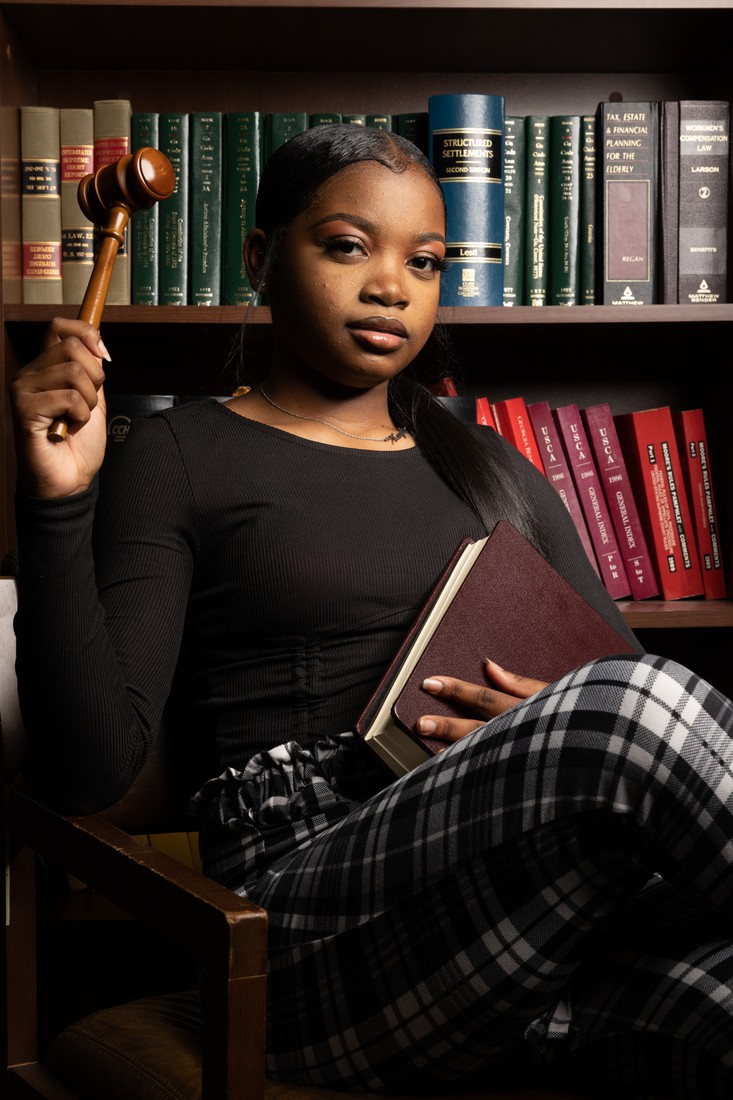 Kayla Harden is the daughter of Stephen Ballard and Tomekia Harden. She has earned college credits through dual enrollment. Her extracurricular activities include Future Business Leaders of America (FBLA), Youth United Way, Georgia Civic Awareness Program for Students (GCAPS), National Technical Honor Society, and Upward Bound. She is President of the Student Council and Captain of the Southwest Marching Band dance line. She was crowned Miss Southwest, winning Miss Freshman, Miss Sophomore, Miss Junior, and Prom Queen. Kayla was interviewed by The New York Times on how COVID affected students during virtual learning. She has received more than 20 college acceptance letters. Kayla will attend Georgia State University to major in math education. 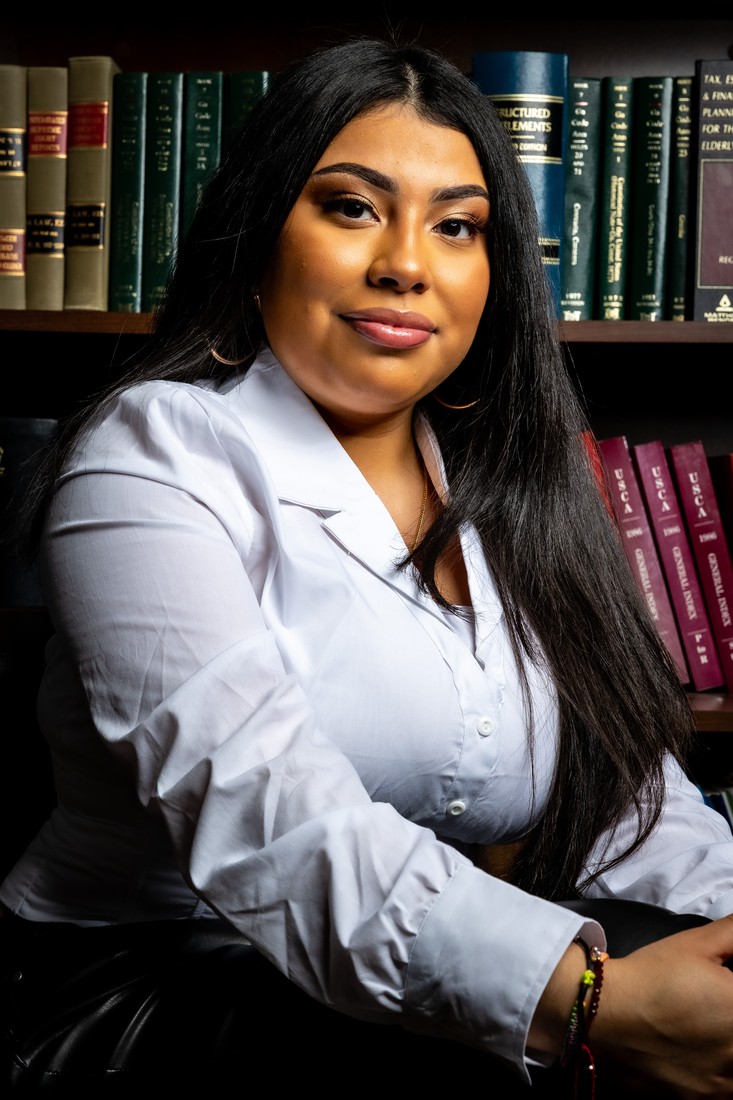 Brenda Martinez is the daughter of Alejandro Martinez and Ana Alcaraz. She obtained college credits through dual enrollment and Hutchings College and Career Academy. During her first year at Hutchings, she completed the Personal Care Services/Cosmetology Pathway and obtained a Certified Shampoo Tech License. She completed the Culinary Arts Pathway her second year and earned her Certified Manager License. This fall, Brenda will attend Georgia State University to major in real estate. 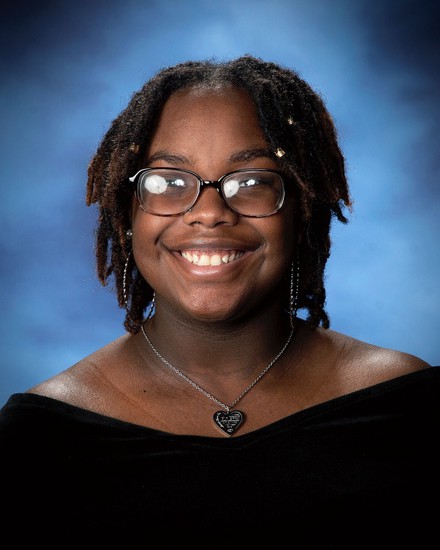 Amani Jackson is the daughter of Kirstis Sands and Kevin Jackson. She has been a member of the Beta Club, as well as Future Business Leaders of America (FBLA). She has also participated in the Math Team, scoring second place with her team. She is also an Advanced Placement student. Amani will major in business administration at Middle Georgia State University in the fall. 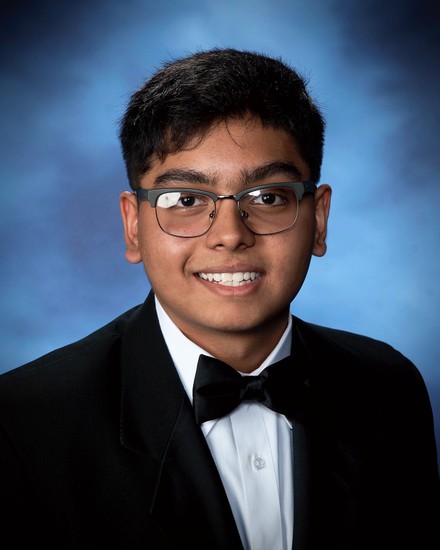 Ricki Patel is the son of Ashvinkumar and Madhuben Patel. In addition, he is the youngest child in his family with two siblings, Raj and Rahul Patel. In school, Ricki was the President of Technology Student Association, Programmer for the Robotics Team, and a member of the Upward Bound Trio Program. Outside of the classroom he was a runner on the cross country team, a soccer player, and a volunteer at his local Temple. In the fall, Ricki plans to attend Mercer University to major in management. 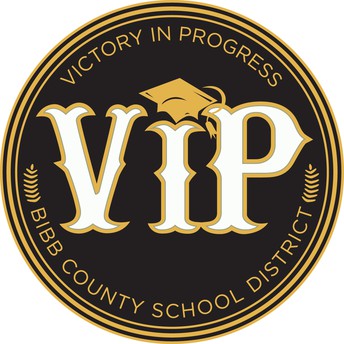 VISION: Each student will demonstrate strength of character and will be college or career ready.

MISSION: The Bibb County School District develops a highly trained staff and an engaged community dedicated to educating each student for a 21st century global society.

COMMUNICATE WITH US: Send us a message or question through Let's Talk!

Bibb County School District is located in Macon, GA, with about 22,000 students.

Follow Bibb Schools
Contact Bibb Schools
Embed code is for website/blog and not email. To embed your newsletter in a Mass Notification System, click HERE to see how or reach out to support@smore.com
close