Marisa is using Smore newsletters to spread the word online.

Get email updates from Marisa:

President Abraham Lincoln was born on February 12, 1808 - April 14, 1865.President Lincoln was the President during the Civil War, he was the Union President.I believed he did a great job as a President because he helped abolish slavery. I also believed he handled his position in the right manner.

Jefferson Davis was the President of the Confederacy during the Civil War. Before that in his farewell address, he quoted that separation from the Union was a necessity and not a choice. I do not know if Davis did a well job because he was not happy and content on what he was doing.

Grant served in the mexican American war. president Lincoln appointed him general of the Union Army. one of his major impacts was help the Union win. I believed that he was a good general and that he did his job well because most of the battles that they fought they one.

William Carney was born a slave in the state of Virginia. He enlisted in the all African-American Fifty Fourth Massachusetts Regiment during the Civl War. He fought in the battle of Fort Wagner, and he was the first African-American to receive the Congressional Medal of Honor.

Phillip Bazaar was a member of the U.S. Navy during the Civil War. He participated in the assault of Fort Fisher, a Confederate Fort. He was awarded the Congressional Medal of Honor for bravery. He was a Union soldier and I believe that he did his job very well.

Julia Ward Howe is today best known as the writer of the Battle Hymn of the Republic. she was a very good poet.  she was part of the larger circle of Transcendentalists, though not a core member. i think she a greatwomen by her courage to fight for her rights.

John Wilkes Booth was an actor at Fords Theatre. He assassinated President Abraham Lincoln on April 14, 1865.    After a 12-day manhunt, Booth was tracked down and killed by Union soldiers. i personaly do not like or think that Booth wasa good ma because he shot and killed one of the most honored president of the United States.

William T. Sherman is the second best known of Northern commanders.  He lived from 1820-1891. His impact on the war was how he helped the Union win the Civil War. I believed that he did a very sucsessful job on being comander.  Also, I believe that he handle his position very well.

Stonewall Jackson served as a Confederate general under Robert E. Lee in the American Civil War. Jackson lost an arm and died after he was accidentally shot by Confederate troops at the Battle of Chancellorsville. I believe that he was a great soldier and served his country well. 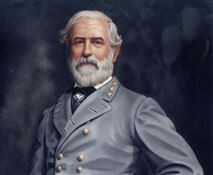 Marisa is using Smore newsletters to spread the word online.