Here is the latest edition of the Edge. In this edition, we take a look at some wild spring weather, a root beer float fundraiser, the job fair, some CAD passes, Co-op opportunities, certifications, new paras, and finally a new segment of Fill up With Phil.

for their next educational chapter! 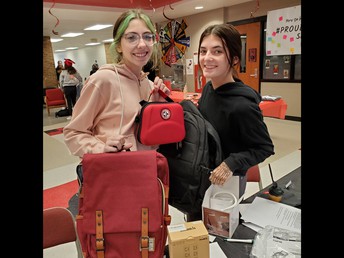 Have you ever read a story that let you choose your own adventure? Well, that's what this class is like!

During the first week, you will complete a questionnaire about your musical interests and knowledge, and then the units are chosen from there. You will also learn about the behind the scenes work it takes to put on a show, and get some practice at it as well!

This is definitely a class you won't regret taking! 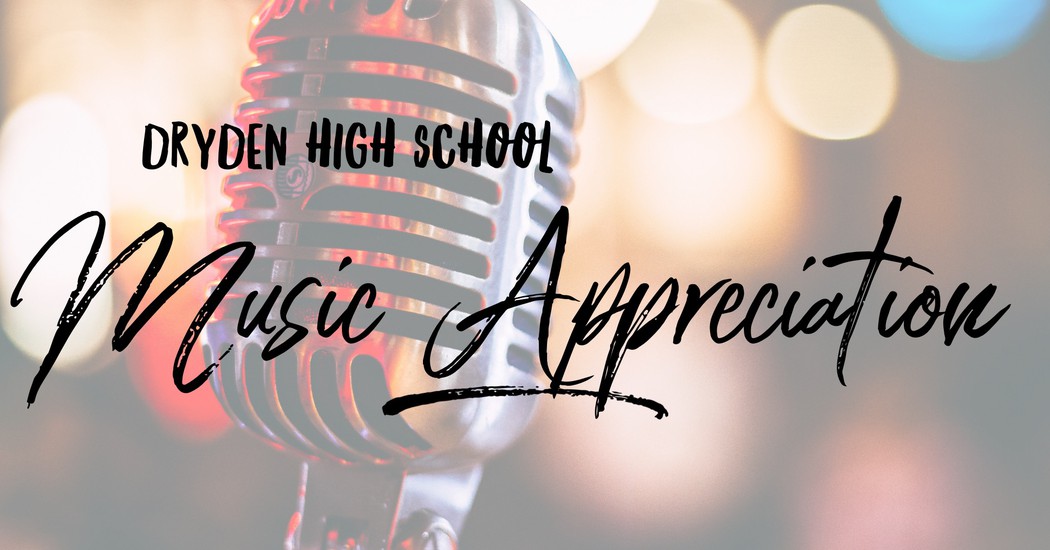 Fill out how many minutes you read for each day of this week and we will give a shout out to who read the most in a future Dryden Red and Black post. There may even be a prize! 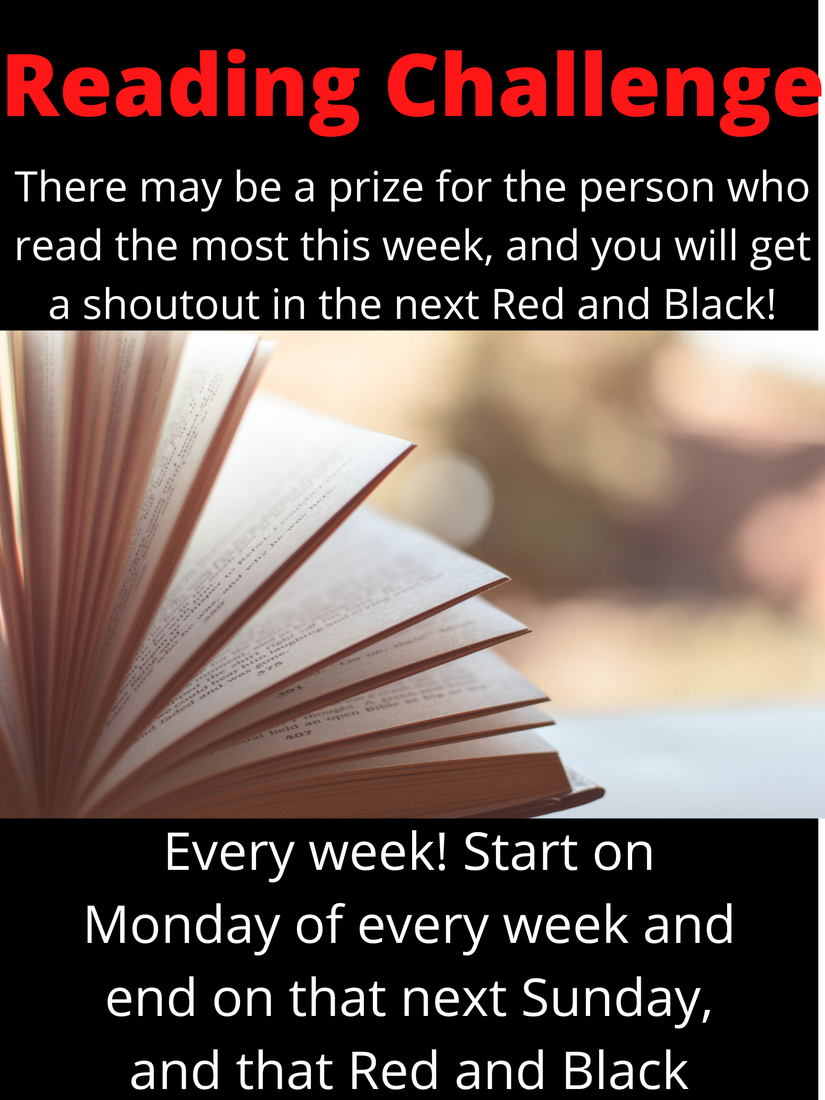 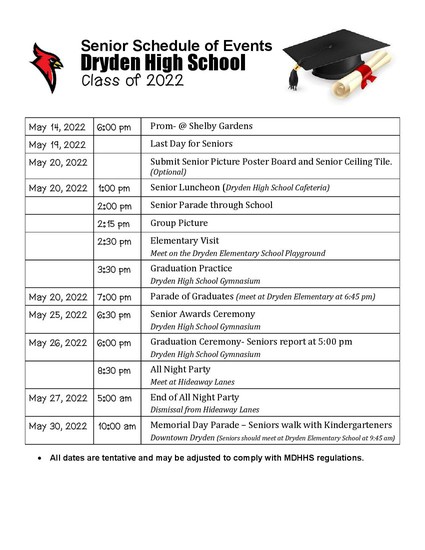 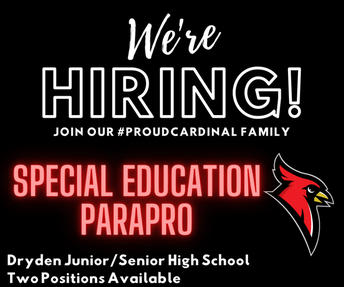 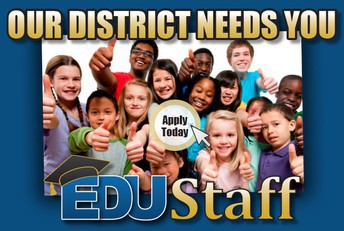 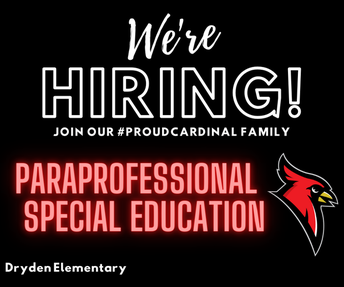 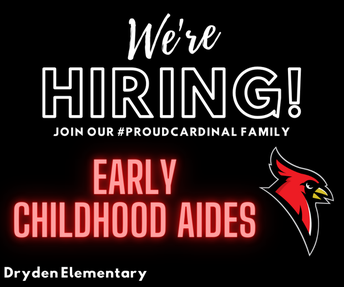 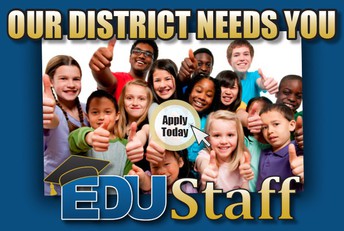 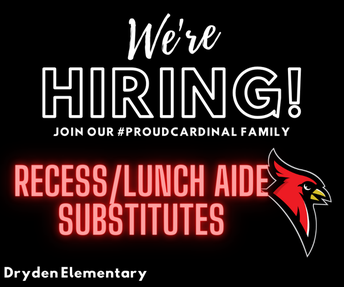 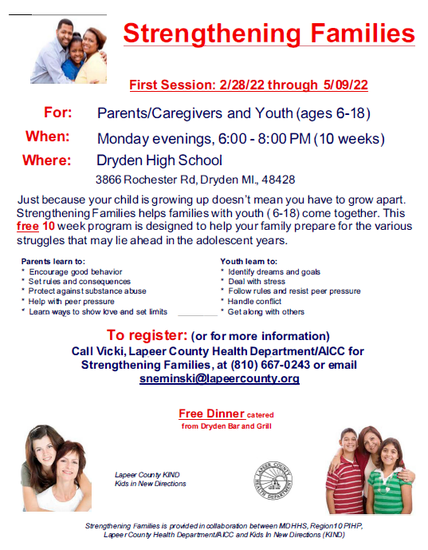 The boys played Bay City All Saints in an NCTL crossover division match-up on Monday, May 2nd in Bay City. They sadly lost both games. Heads up!

In this game, Dylan Ledford pitched a stellar game. Unfortunately, he took the loss in the pitcher’s duel. He gave up 3 hits, 1 walk, and 1 earned run while striking out 10 batters.

In the second game, Dylan Ledford started the game with 2 hits followed by Mason Stofchek with 1 hit. Tommy Giles and Michael Hickmott each added 1 walk.

They had one stolen base achieved by Dylan Ledford.

In this Game, Zack Lemke took the loss in pitching.

The team played Kingston in an NCTL Stars Division battle on Thursday, May 5 in Dryden. They split the doubleheader. We won the first Game 2-1 and lost the second Game 1-0. The team's overall record is now 7-4, and the NCTL League Record is 4-2. Good Job!

In the first game, Dylan Ledford and Charlie Fliedner started strong with 1 hit each. Dylan Ledford’s hit was a double. Marty Barker and Zack Lemke each added 1 walk.

Marty Barker, Dylan Ledford, and Zack Lemke each stole 1 base from Kingston.

In the pitcher’s duel, Dylan Ledford toed the slab for Dryden and came out victorious.

He threw a 6 inning complete game, just allowing 2 hits, 3 walks, and 1 earned run while striking out 13 Kingston batters. Great job on that one!

In this game, Dryden had 2 hits from Dylan Ledford and from Zack Lemke and Charlie Fliedner 1 each. Dylan Ledford stole 2 bases from Kingston.

In the pitcher’s duel, Zack Lemke took the loss but was very strong on the hill for the Dryden Cardinals. Lemke pitched 5 stellar innings and gave up just 3 hits, 1 walk, and 0 earned runs while striking out 8 Kingston batters.

The Dryden Varsity Boys Track team competed at the Hurd (Vassar) Invite on the 29th. They took 15th overall with 6 points. Aiden Fitchett placed 6th in the 1600 with a time of 4:55.92. 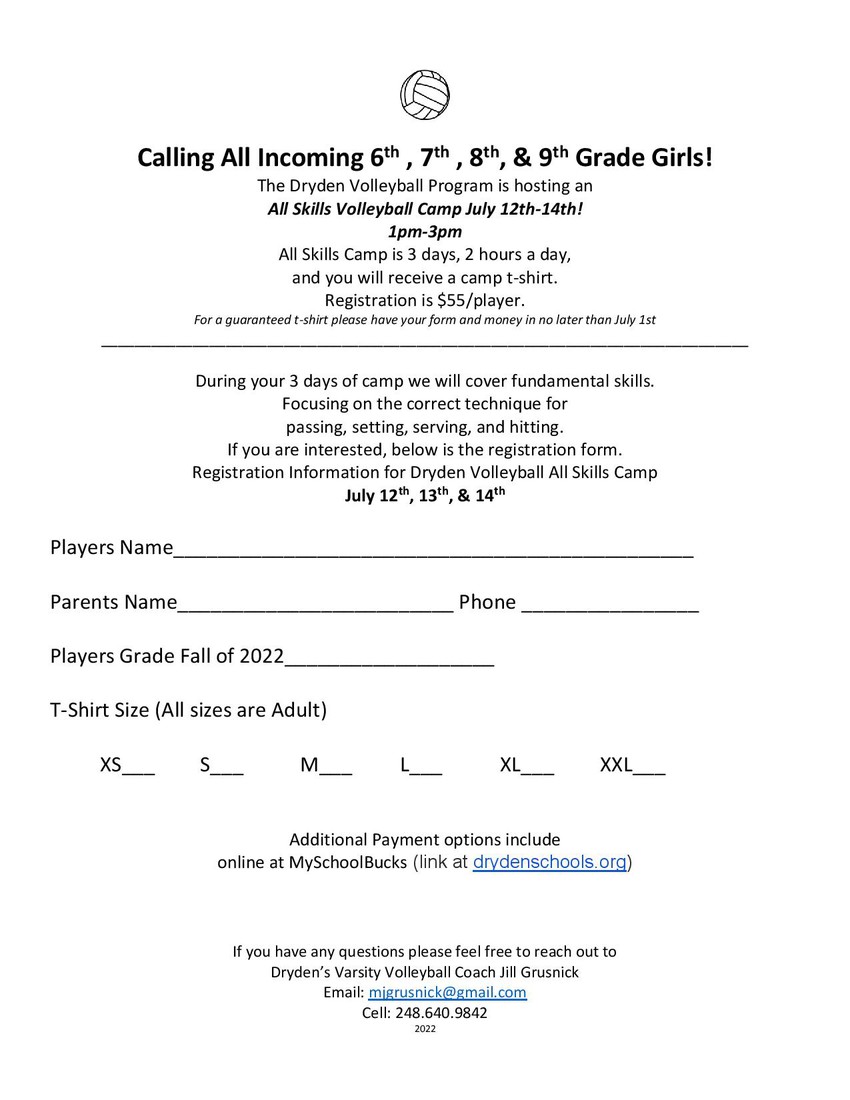 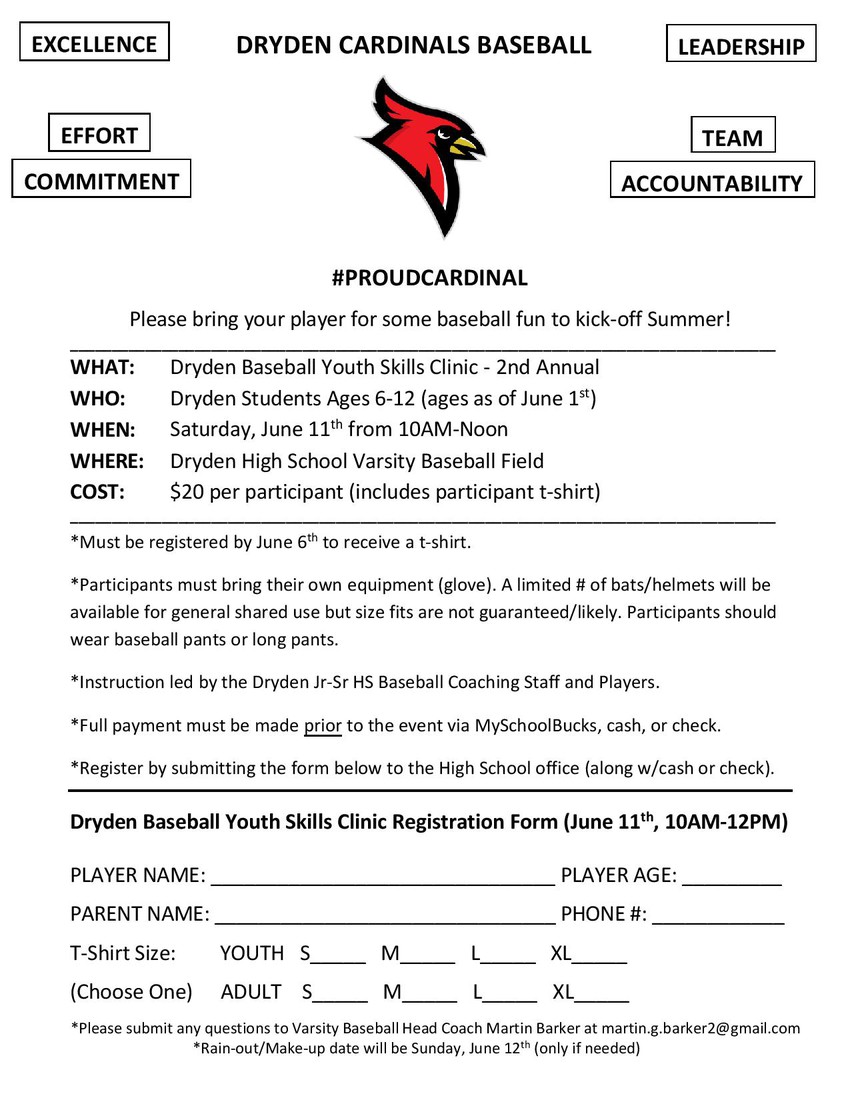 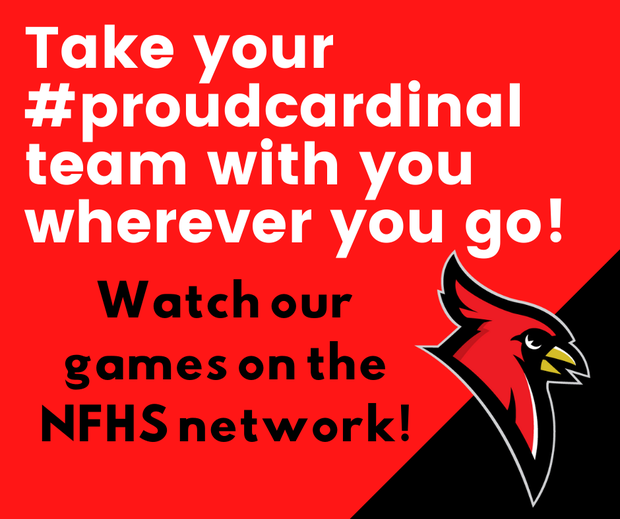 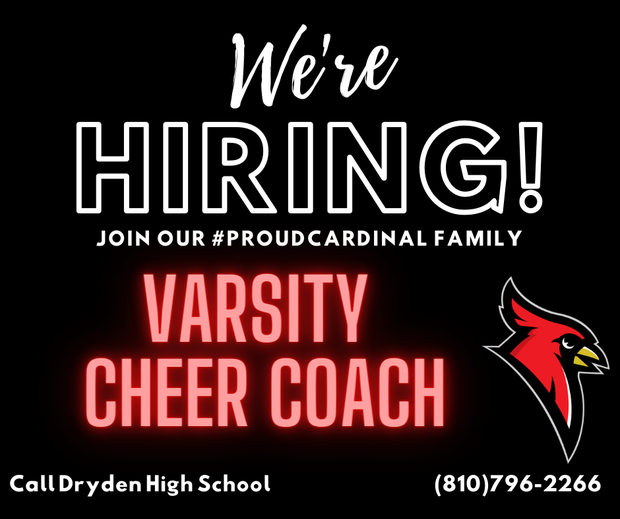 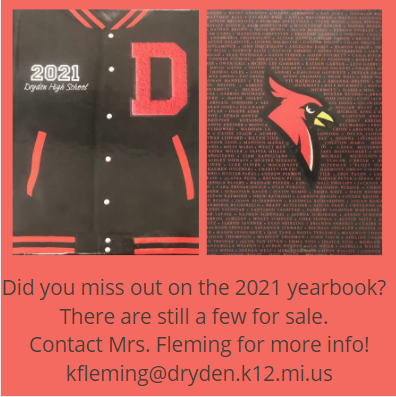 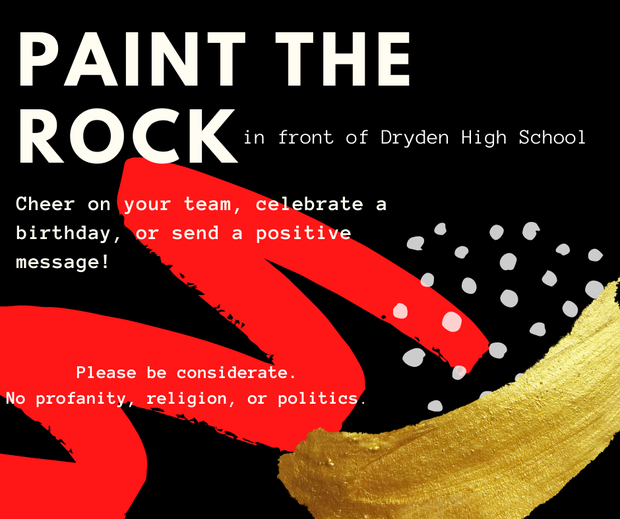 Every week a different riddle will be posted in the paper for you to solve. When you think you have the correct answer, submit it to us using the feedback doc at the bottom of that week's issue, along with your name. The first person to submit the correct answer will be given a shoutout in the following week's issue. The answer to the previous riddle and the shoutout can be found under each week's new riddle.

If you speak its name, you break it. What is it?

How can you tell if a tree is a dogwood tree? By its bark. 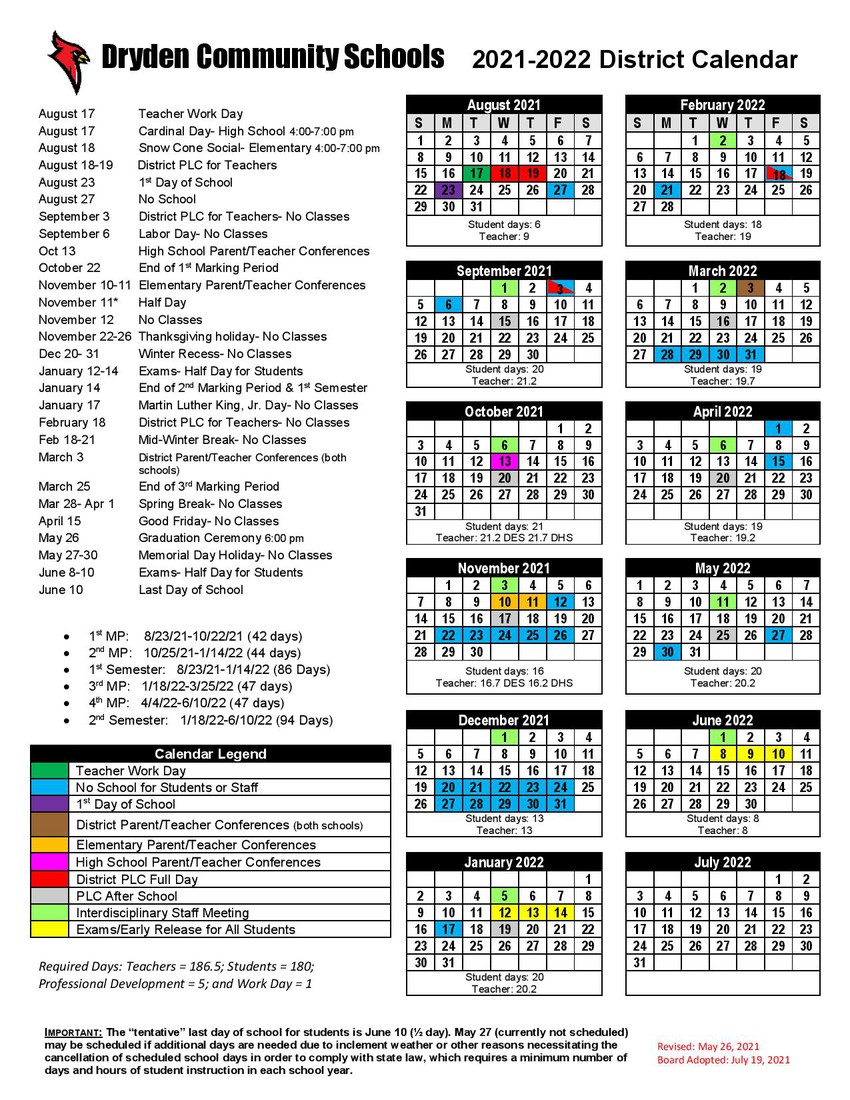 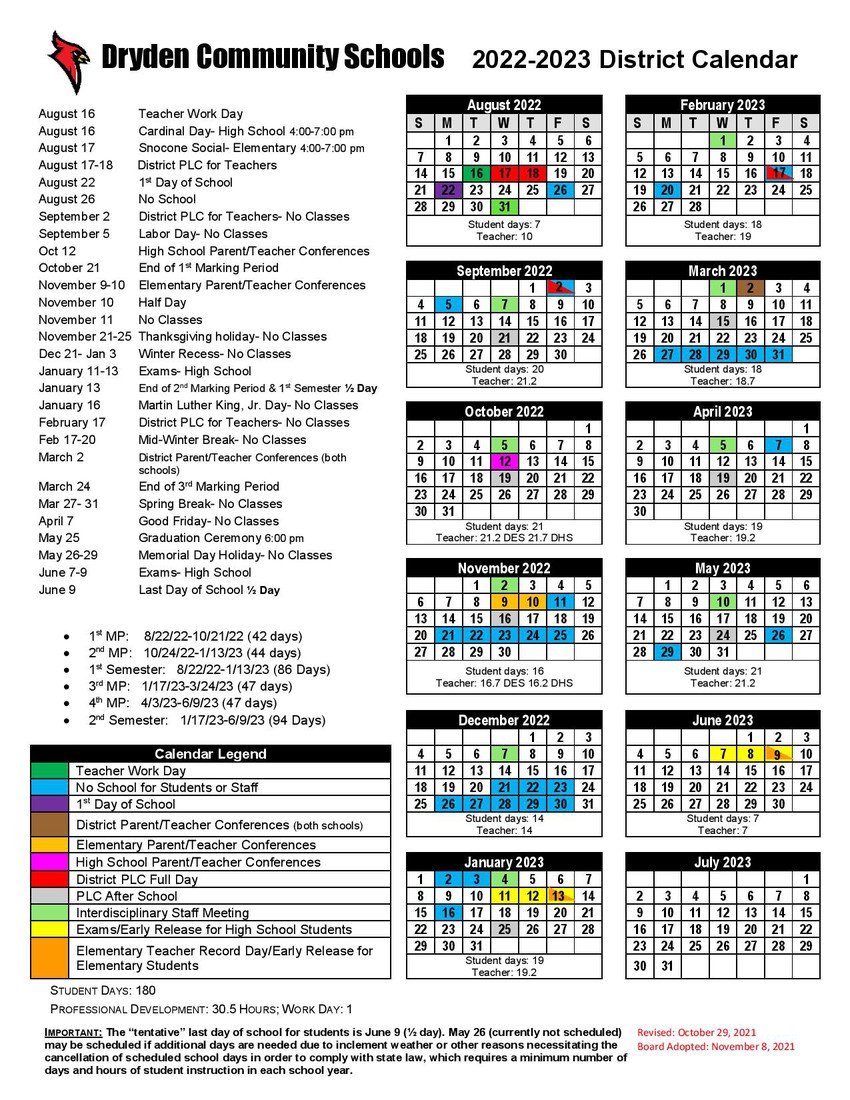