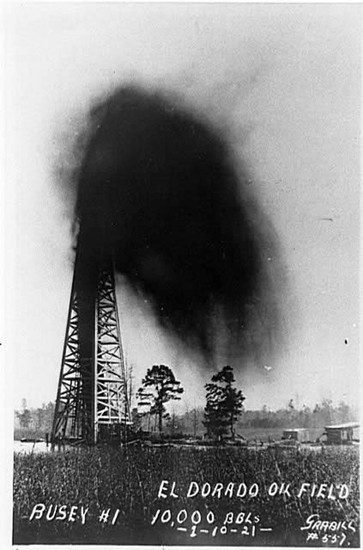 The First Oil Found in Arkansas

The Oil Boom of Arkansas was essential to Arkansas' economy in many ways--first of all, with the decreased supply of oil in the US, Arkansas was able to sell over 58 million barrels of oil, greatly boosting the economy. Along with that, many people came to Arkansas, specifically the oil towns of El Dorado and Smackover, searching for oil and, if they didn't find it, for jobs in Arkansas, also boosting the economy. However, many people who found oil didn't know how to properly collect it, resulting in spoiled water supplies and the spoiling of rich farm soil. 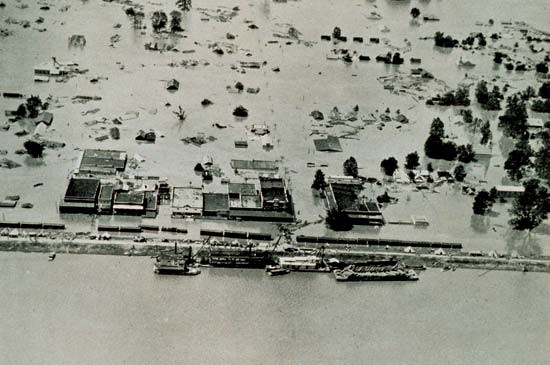 The Devastating Flood of 1927

Another important event that shaped Arkansas after World War One was the Flood of 1927--a devastating event that damaged thousands of miles of property and killed hundreds of people in Illinois, Missouri, Kentucky, Tennessee, Arkansas, Mississippi and Louisiana. Although several states were damaged, Arkansas, whose Eastern border is literally the Mississippi River, suffered the most devastating damage of all. The flood's water levels were reported to be up to 30 feet deep, an insane number, and thousands of people died of sickness via the thousands of dead animals floating in the water and, of course, the enormous rush of water itself. Eventually, the flood cost Arkansas over $50 million in damages. 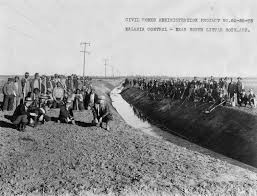 The New Deal (Above: Men working on a malaria control project, funded by the New Deal, in Arkansas)

The New Deal, which created programs to help the nation's economy in the way that there were several programs created by the New Deal that affected Arkansas greatly. First of all, the Civilian Conservation Corps, which provided jobs and a living wage for poverty-stricken men and women, affected Arkansas in the way that the beneficiaries of this program created several of the state parks we visit today, such as Devil's Den, Lake Catherine, and Crowley's Ridge. Thousands of Arkansan adults were pulled out of the gutter and given jobs by these generous program, greatly boosting the economy. Another program that provided jobs and wages to Arkansan men was the Works Progress Administration, which built essential buildings like schools, hospitals, and post offices, and created tour guides, increasing tourism and providing Arkansas with millions of dollars. . 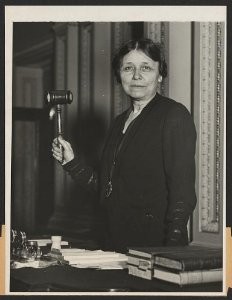 Political and Other Influential People in Arkansas (Above: Arkansas Senator Hattie Caraway)

Now, Arkansas wasn't just in a reactive state, in terms of events, after WWI--there were many influential people in and from Arkansas that made a big difference in terms of politics and many other fields. First of all, there is Senator Hattie Caraway who, after her husband died, took over his role in Senate as Arkansas' sole representative. Despite her quiet nature, she was a very influential person--she was the first woman elected to the US Senate and was well respected by other members of the Senate, perhaps even gaining their support for President Roosevelt's New Deal Program. . There also many famous outlaws in Arkansas--one especially well-known example is Bonnie and Clyde, two outlaws who terrorized parts of Arkansas and its' surrounding states for years. Along with that, there was the Barker-Karpis Gang, which was a gang of men who, led by Alvin Karpis, committed tens of murders and kidnappings in Arkansas.