Prowl Through For Tips and Tricks in Education

Prowl Through For Tips and Tricks in Education

How are we going to do that?

Good question! Well, taking a page from the “Manner Banner” competitions at Charles Street, we are going to institute a variety of monthly challenges where the winner will “hold the Championship Title for roughly a month, until the next challenge is complete! What is this title??? It’s a beautiful, red, boxing/wrestling-style custom belt made for Palmyra Panther Nation

When does it start?

Before the holidays, several staff members participated in my #12DaysofTwitter Challenge and the winner(s) of that challenge will be the first to hold the belts! They will hold it for MOST of January and the belts will be collected again near the end of the month to be re-claimed by new (back-to-back wins ARE possible). Not all challenges will be on Twitter to be fair to ALL teachers, but since this challenge was already underway and I want to send one championship title out to our Twitter Leaders in the district. 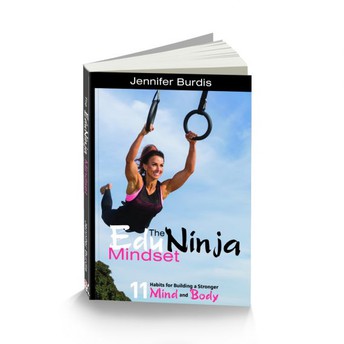 11 Habits for Building a Stronger Mind and Body

As a two-time American Ninja Warriorcontestant, educator, and trainer, Jen Burdis pushes herself to physically and mentally overcome obstacles. In The EduNinja Mindset, Burdis shares her strategies to empower teachers, students and families to develop healthy habits. 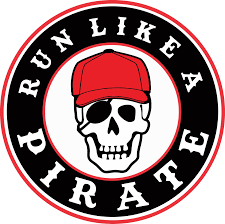 In Run Like a Pirate, Adam shares the mindset and tactics necessary for accomplishing big dreams. You don't have to be a runner or even an athlete to be inspired by this power-filled book. Whatever your personal or professional goals are, Adam's example and encouragement will challenge you to set your sights on something bigger and to push yourself to get more out of life. 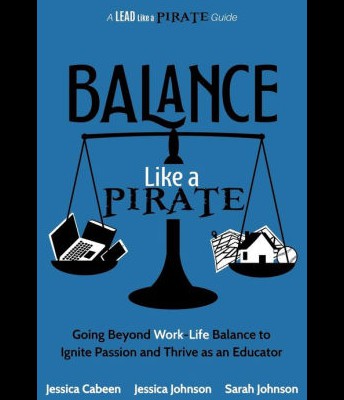 Balance Like a Pirate, a Lead Like a PIRATE Guide, was written by educators for educators with a focus on helping you create a lifestyle that allows you to break free from "shoulds" and "have tos." Educational leaders Jessica Cabeen, Jessica Johnson, and Sarah Johnson equip you with practical strategies and tools to thrive in every area of life. 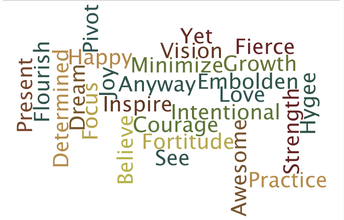 The Un-Resolution: What will be your #OneWord?

Resolutions hardly ever work because they are based on someone we are tired of being, rather than who we want to become. By choosing #oneword to focus on in the new year you are identifying who you want to be, the characteristics you want to embody, and a word that encompasses all that.
inc.com/megy-karydes/5-tips-for-choosing-your-word-of-year.html 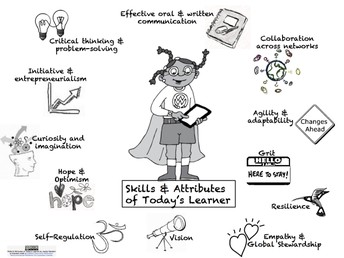 The Other 21st Century Skills 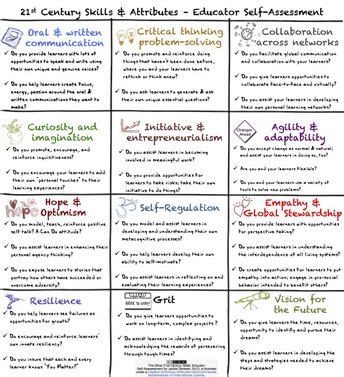 Teaching and Facilitating Entrepreneurship in the School Setting

Through entrepreneurship education, young people learn organizational skills, including time management, leadership development and interpersonal skills, all of which are highly transferable skills sought by employers. 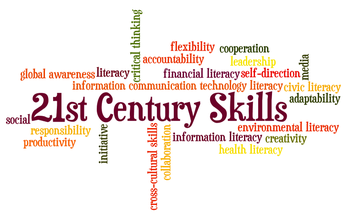 Vision for the Future: The Other 21st Century Skills

Take a listen while you are on the treadmill, in the car, or taking a fresh air break. 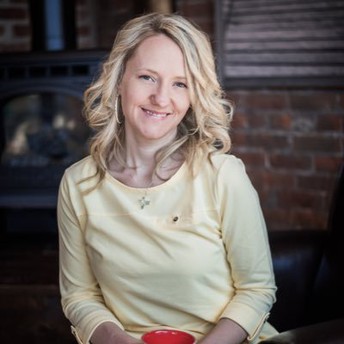 Sarah is passionate about leadership and developing educators into the best version of themselves to lead at home, work, and life. Sarah seeks this balance in her own life by pursuing passions such as running and writing, focusing on family while lso honing leadership skills through networking, teaching, and learning. To seek balance in her own life, she has maintained a daily running streak since July 11, 2014 and developed into a marathon runner over that time. She is known to burst out into song both in daily conversation and during meetings, so be prepared to want to join in. Sarah believes that leadership is a calling and she is proud to answer every day!

Check out her new PodCast In AWE here. 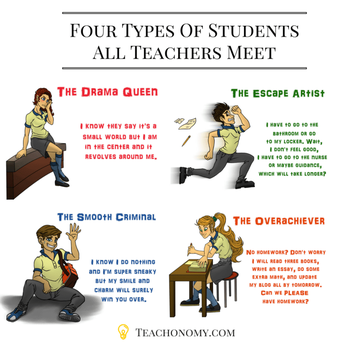 Learning Mindsets and the Whole Child 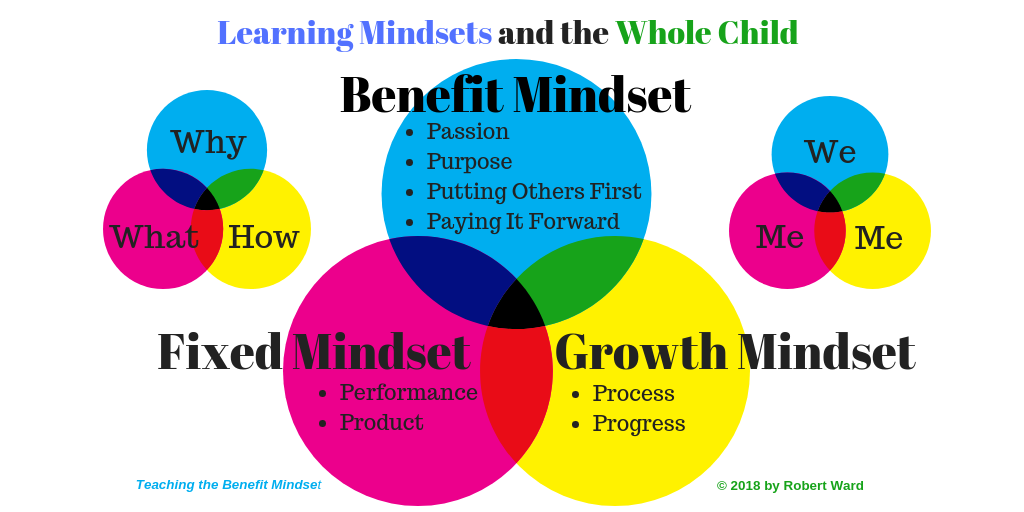 Learning Mindsets and the Whole Child: The Fixed, Growth, and Benefit Mindset

rewardingeducation.wordpress.com
Do we really need another learning mindset? Carol Dweck's fixed and growth mindset theories have revolutionized the way we teach students to approach their learning. Yet we must not forget that education used to be solely focused on measurable outcomes and the "what" of learning. Unfortunately, in some schools and classrooms, this rigid definition of…

www.cultofpedagogy.com
This year's collection includes a discussion monitor, a tool that analyzes writing, a virtual reality tour maker, and my favorite new game. 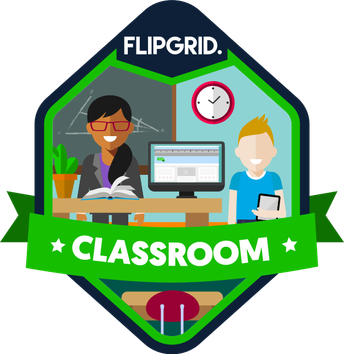 CoPilots can share the same Grid to connect classrooms across your school, district, PLN, or the world with multiple educators leading the discussion. Amplify your students in new ways and model authentic collaboration across your classrooms!
blog.flipgrid.com/copilots 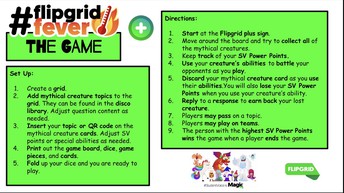 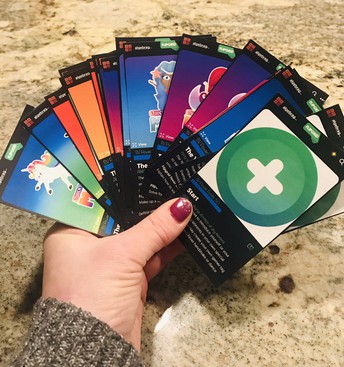 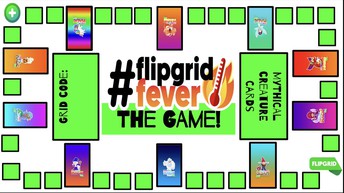 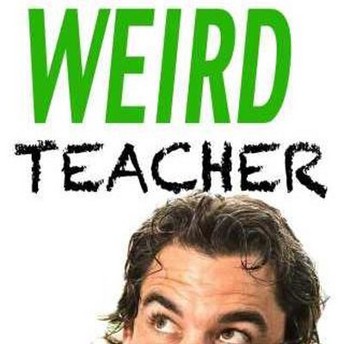 @TheWeirdTeacher
How he views himself "Sometimes I walk by children, tap them on the head, yell Goose! and run away. 4th grade Teacher, author of books"

My thoughts: Taking innovation, creativity, and imagination to a new level in the classroom.

Check him out on twitter, read his blog, or immerse yourself in his book. You won't be disappointed.

ROGUE PD Near You

Join us for a special Saturday morning professional development workshop that will help teachers learn how to teach students to be safe on the internet and to create a positive digital footprint. In this session, we will discuss and explore the principles of internet privacy and safety; responsible use of electronic communications; as well as the principles of digital copyright. Register by January 31, 2019 using the form on our website.
Get Directions

Chromecamp is a free, non-commercial gathering of passionate educators who share an interest in a particular topic. EdCamps are open to any topic, but in this case, the entire Google Ecosystem will be our focus. Attendees volunteer to run sessions – conversations, not presentations – on specific topics related to this theme (sessions can also be about social media or other educational concepts, but the emphasis is on Chrome and Google.) We provide free breakfast, a space to grow your professional learning network, and you make the magic happen!

Join us for the FIRST #EdcampLEAD@TCNJ on 03.09.19. An Edcamp specifically for current & aspiring #EdLeaders Registration is now open! Click Here to Register
Get Directions

Nothing s'more likely to make you happy than a day spent at an Edcamp! Please join us for the 3rd annual Edcamp Happy Camper! It will be a great day of food, friends, chatting, learning, mingling, networking, sharing, brainstorming....and maybe a final gathering 'round a virtual campfire for plenty of great prize give-a-ways! Come learn and share with us!

You can find us on Twitter at @HappyEdCamper, and we also have a Facebook page called Edcamp Happy Camper. Be sure to follow us on your favorite social media site.

If you have ideas for topics or are wondering what kinds of things might be of interest to others, please visit our Edcamp Happy Camper Padlet and share your thoughts!

EdCamp Garden State is not just another EdCamp. It’s an education celebration, a meeting of the minds, and a place for ideas to take off. Nestled in the heart of Collingswood, with its vibrant restaurant scene and picturesque downtown, EdCamp Garden State lives up to its name by recreating the feel of the famous Collingswood Farmer’s Market. We’ll have live music, outdoor learning spaces, and lots of smiling, friendly faces. That’s in addition to a free breakfast and lots of prizes and giveaways. Oh, and did we mention the first-rate professional development from some of the region’s top educators? So don’t miss out on this great day of learning and fun – we’ll see you there!

Get Directions
Paste in your blog/website to embed.