ivon is using Smore newsletters to spread the word online.

Get email updates from ivon:

Schrödinger: Get to know the Family

Schrödinger: Get to know the Family 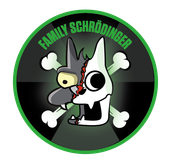 Happy Friday! In this issue, we congratulate Mabs who has just completed the purchase of a house he bought with his brother - hope it brings you and your family many happy memories ahead Mabs! :)

Amongst other things, Mabs shares with us some of his favourite jokes (disclaimer: they're cheesy!) and his favourite place to try Vegan Freakshakes!

Enjoy the read and have a good weekend family! 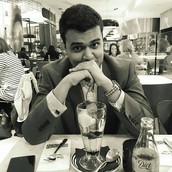 Where are you from/background information?

Hi, I'm Mabs, born and raised in the town of Tunbridge Wells to two wonderful people (My Mum and Dad) who are from Bangladesh. I have a BSc (Hons) in Mathematical Science from City University (which were a waste of 3 years because I am yet to understand how fluid dynamics will help with the alignment of a table in Microsoft PowerPoint), and an MSc (Hons) in Global Banking and Finance from Regents University London (best educational year of my life!). I've been with Capco for nearly 4 years come September (making me a veteran in the UK business at the ripe old age of 25), where it is made up of 4 months of contracting at BAML, 2 years of being Capco UK Resource Manager, 8 months of being an Associate, and now a Consultant since last October. I have been in two different UK offices, will now work under a third CEO, and been on only one project during my time as a consultant (shout out to RBS Command and Control!).

People may find them cheesy…may even groan when they hear or read them…but man do jokes with puns make me laugh! I love them so much! Fell in love with them since I was a little kid, when my mum would put a penguin bar in my lunch box and I would laugh at the pun/joke on the back of the wrapper with my friends during lunchtime.

"I walked into my sister's room and tripped on a bra...It was a booby-trap."

"I tried to catch some fog earlier. I mist."

"I heard two peanuts walk into a park... One was as-salted."

If you had an extra hour a day, how would you spend it?

Two things: Spending more time with my friends and discovering new places with them, and more time to sit down and do some writing, as I love writing poetry whenever I get the chance (hello ladies).

When was the last time you did something for the first time and what was it?

I just bought a house for the first time with my brother (who I argue with all the time so don't know if this is a good idea so that's a first!). So I am a home owner (that's a first), where manual labour is required to fix up the place (a first for me), and with years of debt to look ahead for (a very unfortunate first, :( ) It's a life goal I've always hoped to reach for for the last twenty years and something I can finally give truly back to my hard working parents.

If you could go anywhere on holiday, where would it be and why?

Japan…Japan...Japan!!! It has always been on the top of my list for places to go to before I die since I can remember. Quirky, so far advanced in technology than anyone in the world, but always maintain their core respective values in everything they do and everything they've learnt from their fascinating history and ancestors. Also…it's the land of the PlayStation, anime/manga, Murakami, Kurosawa, Sushi, and flippin SAMURAI!

(picture is of Mab's recent holiday in Italy, Salerno).

Not really a restaurant/bar, but went quite recently to this great little cafe in Brick Lane called “The Canvas Cafe”, to try out London’s very first Vegan Freakshakes (Google Freakshakes and be amazed, and also feel your heart die a bit from all those calories in display). I was sceptical but my taste palate was incredibly satisfied! If you fear it may not be up to your non-vegan standards, try the standard freakshakes at “Molly Bakes” in Dalston Junction, but expect a gigantic queue!

ivon is using Smore newsletters to spread the word online.