The thickness outer core is about 2,200km.

Both the inner core and the outer core are made up of Nickel (NiFe) and Iron.

Because the outer core moves around the inner core, earth's magnetic force is created. It compresses the inner core making it as hot as the surface of the sun. 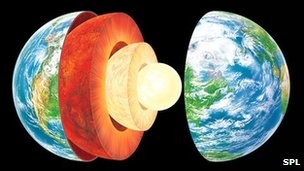 The mantle is a layer of the earth located right under the crust. The mantle's temperature is around 500-900°C.

The mantle has two sub layers, the upper mantle, and the lower mantle. The Asthenosphere, Lithosphere, and the Mesosphere are in the mantle.

The mantle is mostly made up of peridotite, iron, oxides, and sulphides of silicon and magnesium.

The mantle takes up 67% of the Earth. 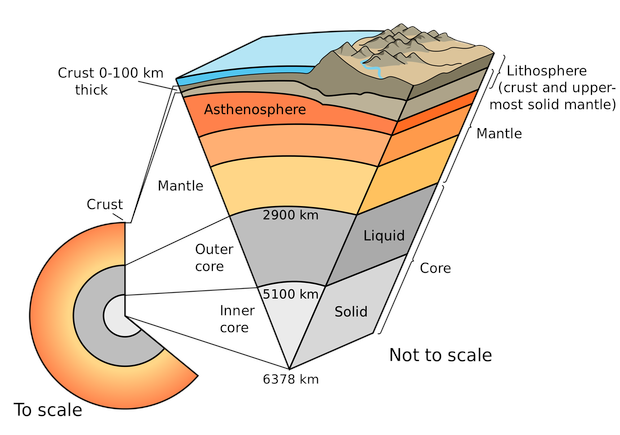 The crust has two sub layers, the oceanic and the continental crust.

The crust is mostly made of granite and basalt. It is .473% of the earths mass. 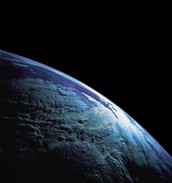 The Lithosphere plates float on the Asthenosphere, and the currents under in the mantle move in a circular motion. The hot liquids rise to the top making the plates slide together, forming mountains and volcanoes, in the volcanoes their are "hot pockets" holding hot magma. But meanwhile the denser colder liquid sinks pulling the plates down. The heat comes from the core and make the mantle heated. The plates move over long periods of time. 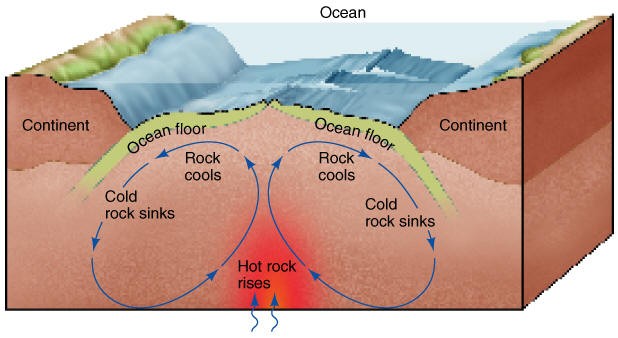