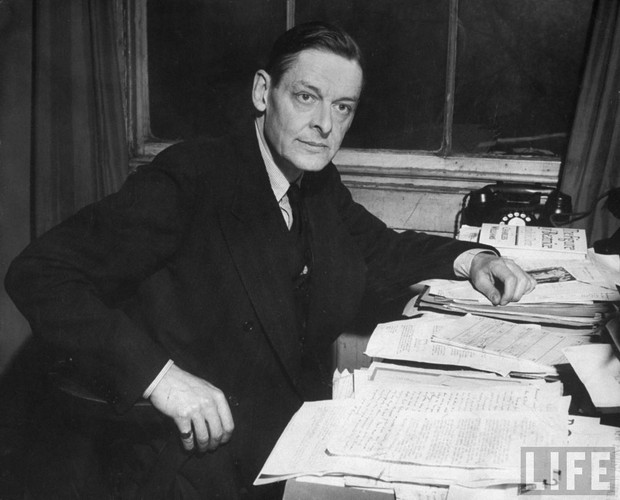 Thomas Stearns Eliot lived from September 26, 1888 to January 4, 1965. He was a publisher, playwright, literary and social critic and arguably the most important English-language poet of the 20th century. Although he was born an American, he moved to the UK in 1914 (at age 25) and became a citizen in 1927 at age 39.

The poem that made his name, "The love song of J.Alfred Prufrock" started in 1910 and published in Chicago in 1915 is seen as a masterpiece of the modernist movement, and was followed by some of the best-known poems in the English language, including Geronition (1920), The Waste Land (1922), The Hollow Men (1925), Ash Wednesday (1930), and Four Quartets (1945). He is also known for his seven plays, particularly Murder in the Cathedral (1935). He was awarded the Nobel Prize in Literature in 1948.

Eliot was born into the Eliot family, a middle class family originally from New England, who had moved to Saint Louis, Missouri His father, Henry Ware Eliot (1843–1919), was a successful businessman, president and treasurer of the Hydraulic-Press Brick Company in St. Louis. His mother, Charlotte Sterns (1843–1929), wrote poetry and was a social worker, a new profession in the early twentieth century. Eliot was the last of six surviving children; his parents were both 44 years old when he was born. His four sisters were between eleven and nineteen years older; his brother was eight years older. Known to family and friends as Tom, he was the namesake of his maternal grandfather Thomas Stearns.

From 1898 to 1905, Eliot attended Smith Academy. He studied philosophy at Harvard College from 1906 to 1909, earning his bachelor's degree after three years, instead of the usual four. Eliot was awarded a scholarship to Merton College, Oxford in 1914. 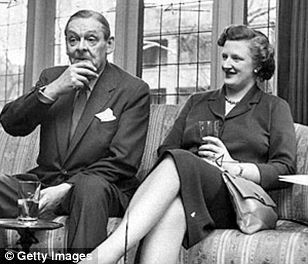 Vivienne Haighe-Wood, a Cambridge governess and T.S. Eliot were married at Hampstead Register Office on June 26, 1915.

The marriage was markedly unhappy, in part because of Vivienne's health issues. In a letter addressed to Ezra Pound, she covers an extensive list of her symptoms, which included a habitually high temperature, fatigue, insomnia, migraines, and colitis. This, coupled with apparent mental instability, meant that she was often sent away by Eliot and her doctors for extended periods of time in the hope of improving her health, and as time went on, he became increasingly more detached from her. Their relationship became the subject of a 1984 play Tom and Viv, which in 1994 was adapted as a film.

By 1932, Eliot had been contemplating a separation from his wife for some time. When Harvard offered him a professorship for the 1932-1933 academic year, he accepted and left Vivienne in England. Upon his return, he arranged for a formal separation from her, avoiding all but one meeting with her between his leaving for America in 1932 and her death in 1947. Vivienne was committed to the Northumberland House mental hospital, in 1938, and remained there until she died. Although Eliot was still legally her husband, he never visited her.

On January 10, 1957, Eliot at the age of 68, married Esme Valerie Fletcher, who was 30. In contrast to his first marriage, Eliot knew Fletcher well, as she had been his secretary since August, 1949. They kept their wedding secret; the ceremony was held in a church at 6:15 A.M., with virtually no one in attendance other than his wife's parents. After Eliot's death, Valerie dedicated her time to preserving his legacy; she edited and annotated The Letters of T. S. Eliot and a facsimile of the draft of The Waste Land. Eliot never had children with either of his wives. Valerie Eliot died on November 9, 2012 at her home in London. 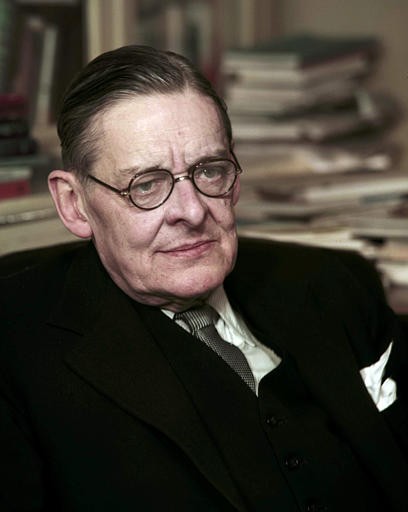 Eliot died of emphysema in London on January 4, 1965. For many years he had had health problems caused by his heavy smoking, and had often been laid low with brontriscisor tachayrdia. He was cremated. In accordance with Eliot's wishes, his ashes were taken to St. Michael's Church in East Coker, the village from which his ancestors had emigrated to America.

Follow Megan Woodley
Contact Megan Woodley
Embed code is for website/blog and not email. To embed your newsletter in a Mass Notification System, click HERE to see how or reach out to support@smore.com
close