amy is using Smore newsletters to spread the word online.

Get email updates from amy:

What really happens on the internet

What really happens on the internet

What it really means

Cyber bullying is the use of technology with the intention to harm someone. It usually happens repeatedly until the person being harmed reports the person or people causing harm. It is also as simple as continuing harass someone through texts or email someone even though the person who is being harassed said that they want no further contact with the person bullying them.

Who is behind the computer screen

People who tend to harm others through technology either choose to stay unknown or choose to say who they are. A cyberbully may be anonymous and may solicit involvement of other people online who do not even know the target. This is also known as a 'digital pile-on.'

The results of bullying

The results of bullying can be serious. It can have horrible effects for the person being bullied and their family.

In 2012, a girl named Amanda Todd posted a video on Youtube explaining how she had been blackmailed, bullied and physically assaulted. She used cards to explain what had happened. On October 12, 2012, she commited suicide at her home in Canada. She was just 15. Soon after her death, her video went viral and by October 13, 2012, the video had received over 1,600,000 views.

Cyber bullying can also be done through video gaming as well. The form of cyber bullying that is often used is sexual harrassment. this harrassment usually includes slurs directed towards women, overaggressive language and sex role stereotyping. 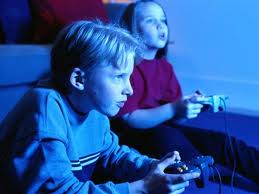 Click me to go to the cybersmile foundation page

The cybersmile foundation is a charity that helps out victims of cyberbullying. It gives out advice to the victims, as well as letting them tell their story.

Founded in 2010, it is the first and only charity to help tackle cyber bullying. Too help the victims deal with the issue, there is a helpline and a website. They can also give you counselling if you need it. To warn others of the dangers of cyber bullying, the charity also does workshops, which covers all aspects of cyberbullying.

amy is using Smore newsletters to spread the word online.