On September 15, 1963, on sunday while sunday school was going on, a bomb had exploded, at 16th St Baptist Church in Birmingham Alabama, two and a half weeks after Martin Luther King's "I have a dream" speech. Four African American girls, Addie Mae Collins, 11, Denise McNair, 14, Carole Robertson, 14, and Cynthia Wesley, 14. Three former members from the KKK were suspects of murder of the bombing. 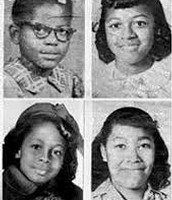 Four girls that died inside the church. 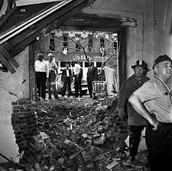 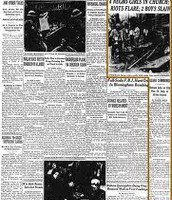