By: Matthew, Will, Kierra, Keshawn

By: Matthew, Will, Kierra, Keshawn

History of Ancient Egypt By Matthew

There were many pharaohs that ruled in Ancient Egypt and all tried to leave an eternal life. Of the many mighty pharaohs that ruled only a few have actually accomplished such a goal. Those that have achieved the status have done so through luck as most the tombs have been destroyed or robbed. These unfortunate circumstances have left many holes into Egyptian history, life, and culture—now we can only image how a pharaoh and his people must have lived together in Ancient Egypt. fun fact:did you know that king tut was the youngest pharaoh? 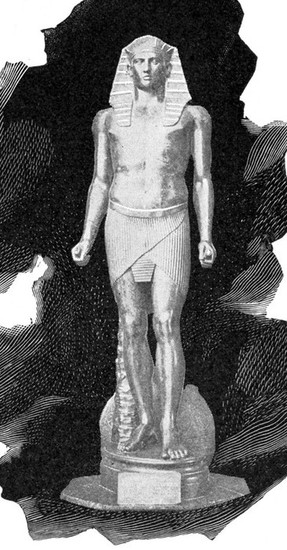 Egyptian religion was based on polytheism, or the worship of many deities, except for during the reign of Akenaton. The egyptians had as many as 2000 gods and goddesses. Some such as Amub, were worshiped throughout the whole country, while others had only a local following. Most of the time they worshiped half human half animal.    Despite many modern inventions, and the mastery of materials such as steel, concrete, and power glue etc. Several design elements of the Kufu's Pyramid, such as highly complex shafts remain a mystery.     Egypt is how little everyday life changed over the millennia. The rhythm of Egyptian life was the rhythm of the Nile until a few years ago, when the Aswan dam was erected. Even today one can find the ancient shadoff, oxen pulling ploughs and houses made of bricks.     Since most people could'nt learn the 2 languages; after all, hieroglyphs did have over 700 charecters, so select people, called scribes, were taught the languages of Ancient Egypt to write them down for other people. The Ancient Egyptians would also communicate with each other by drawings, pictures, and snapshots of their lives, and the important thing's going on.

The Ancient Egypt thought that Egypt was divided in two types of land the "black land" and the "red land". They used the land to grow their crops. The red land was the barren desert that protected Egypt on two sides. Also they provided ancient Egyptians with source for precious metals and semi precious stones. The Nile runs through the desert out to the Mediterranean Sea. The ancient Egyptians believed in many different gods and goddesses. Some gods and goddesses took part in creation, some brought the flood every year, some offered protection, and some took care of people after they died. The ancient Egyptians believed that it was important to recognize and worship these gods and goddesses so that life continued smoothly. Every temple was dedicated to a god or goddess and he or she was worshiped there by the temple priests and pharaoh.

Ancient Egypt had many objects and inventions that were very important to their civilization such as the plow that was used for farms. There are very many things that were important and made the ancient Egypt civilization succeed but the most important was the farming tools like plows but I think that applies to almost all ancient places. Ancient Egypt has a great deal of things that people know them by in our generation I looked it you but I also went around the school and took a survey. Most people thought that the great pyramids were the most known thing but in second was King Tut. I thought that that was very interesting because when I think of Egypt I think of pyramids and mummies .Ancient Egypt affected our life today in so many ways there are some that were never confirmed like they could of possibly invented beer. but others definitely did like they brought tons of superstitions like mummies (as I said in the paragraph above.)and cats that are godsand other things to. There are other things like they were one of the first permanant civilizations. There are thousands of legends and myths about Egypy such as if a tomb is raided everyone involved will die(which might be true from all the bacteria that must of been building up over the years and years and years). Overall I think that Ancient Egypt was a very successful society