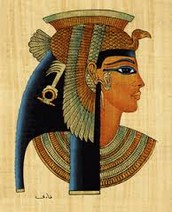 Fill in the Blank!!!

Political scientists believe that for her time period, Cleopatra was the most powerful __________ the world had ever seen.

A powerful monarch is able to make decisions on behalf of their kingdom because they have power.

Choose the sentence that uses to bold word incorrectly.

a) Cleopatra wanted to rid the planet of her enemies, so she had her spies plant a potentate potion into their chalice at the feast.

b) Cleopatra, a potentate of Egypt, was not responsible for building the pyramids.

c) John F. Kennedy can not be considered a potentate in the sense of being monarch, but he could be in the sense that it is a powerful ruler.

d) The potentate of Rome was brutally murdered by his best friend Brutus.