paljea4 is using Smore newsletters to spread the word online.

Get email updates from paljea4:

THE CRITICAL INFORMATION EVERYONE NEEDS TO KNOW

THE CRITICAL INFORMATION EVERYONE NEEDS TO KNOW

They have soft grey fur, with white fur on belly. Solid black spots mark the limbs and the head. Their tails and paws are covered in thick fur and have pale green or blue eyes. (WIKI)

Snow leopards cannot roar, due to the larynx being absent. They are crepuscular, being most active at dawn and dusk and live very solitary lives. (WIKI)

Snow leopards usually live above the tree line on mountainous meadows and in rocky regions. In the winter, they come down into the forests.
(WIKI)

Although their diets range from time and availability, they mostly prey on bharals, and other wild sheep and goats. They also prey on deer, birds, boars, and livestock. (WIKI)

Where Food is Found

In Nepal, prey is abundant. In other mountain ranges like as the Karakoram, Tian Shan, and Altai, goats and sheep are the main prey. (WIKI)

Snow leopards are coated in grey fur made to withstand coldness and snow. Their bodies are stocky, ears are small and rounded, paws are wide, and fur on all undersides. They have unusual large nasal cavities that aid breathing thin, cold air. They are known for being extremely secretive and well camouflaged. Snow leopard vocalizations include hisses, mews, growls, and wailing. They prefer attacking from above, and use their environment, broken terrain, high mountains, to capture their prey.
(WIKI) 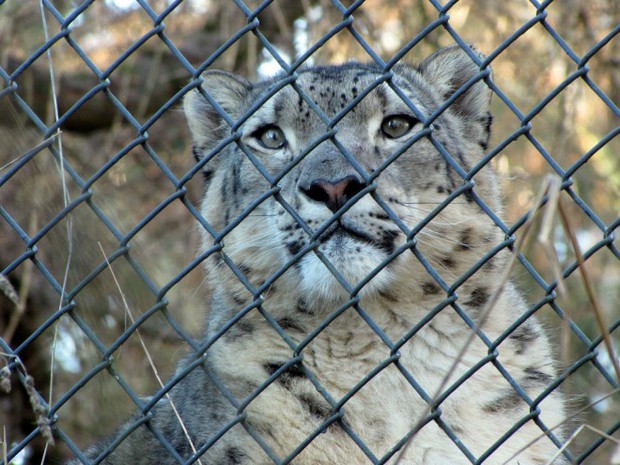 paljea4 is using Smore newsletters to spread the word online.

Follow paljea4 paljea4
Contact paljea4 paljea4
Embed code is for website/blog and not email. To embed your newsletter in a Mass Notification System, click HERE to see how or reach out to support@smore.com
close