Tales from Ferguson and Baltimore

Tales from Ferguson and Baltimore

What roles do libraries play in the realm of social justice?

What is the role of the library (school and public) in the realm of social justice? Join Scott Bonner - Library Director for Ferguson, Missouri; Dr. Carla Hayden, CEO of the Enoch Pratt Free Library, in Baltimore, Maryland and Nancy Kranich, Special Projects Librarian for RU Libraries and past president of the American Library Association for this important discussion. Miraida Morales, PhD Student and ALA Spectrum Doctoral Fellow will also be there to talk about her work with the Social Justice Collaboratorium 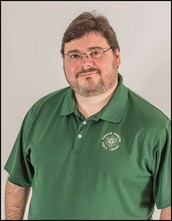 Read this interview with Scott:

Scott Bonner is the Library Director of the Ferguson Missouri Public Library and a recipient of the Library Journal's 2015 Movers and Shakers Award for Community Building. He was also recently selected as the recipient of the second annual Lemony Snicket Prize for Noble Librarians Faced with Adversity given by author Daniel Handler (aka Lemony Snicket) at this summer’s ALA Convention in San Francisco

Scott began his professional career in the mental health industry but got his first taste of the LIS world e when he took a job as map curator at Purdue University. He went on to earn his MA from the University of Missouri’s School of information Science and Learning Technology in 2006 and got his start in the 22-branch St. Louis system. Scott’s dream job was “to be the director of a small independent library that serves a specific community” so when the Library Director job in Ferguson opened up, Scott applied and was hired.

Scott, the only full time employee of the Ferguson Library was on the job for a little over a month when on August 9th unarmed teenager Michael Brown was shot and killed by a Ferguson police officer. This tragic event sparked wide spread rioting and civil unrest, plunging the small town into chaos and onto the international stage as a flashpoint for social justice in America.

With the Ferguson community in crisis and many of its businesses closed, Bonner let it be known that the library was a safe place where the community could find refuge, access resources and seek support. His work did not go unnoticed. So far, people from around the world have donated over $350,000 and thousands of new books to the Ferguson library. Given the Ferguson Library operates on a budget of $400,00 per year, this windfall is having an enormous impact on the library even allowing Bonner the opportunity to hire a full time children's librarian. According to Andrew Albanse of Publisher's Weekly (Feb 2, 2015) the Ferguson library under Bonner's leadership "has become one of the few positive headlines to come out of Ferguson". 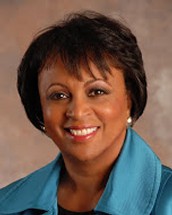 Facebook @prattlibrary
Carla D. Hayden is the Chief Executive Officer of the Enoch Pratt Free Library, in Baltimore, Maryland. Prior to coming to Baltimore, Dr. Hayden was the First Deputy Commissioner and Chief Librarian of the Chicago Public Library, an Assistant Professor in the School of Library and Information Science of the University of Pittsburgh, and Library Services Coordinator at the Museum of Science and Industry in Chicago. A graduate of Roosevelt University, Dr. Hayden earned her MA and Ph.D. degrees from the Graduate Library School of the University of Chicago. Dr. Hayden is a member of the National Museum and Library Services Board, which advises the federal Institute of Museum and Library Services (IMLS).

She is an active member of the American Library Association (ALA) and was elected President of ALA for the 2003-04 term. She served as the Immediate Past President for the 2004-2005 term and the President-Elect for the 2002-2003 term. She also served as chair of ALA’s Committee on Accreditation and Spectrum Initiative to recruit minorities to librarianship. 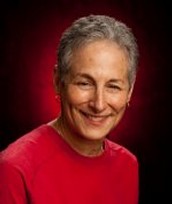 Nancy Kranich teaches at the Rutgers University School of Communication and Information and conducts special projects for the Rutgers University Libraries. She served as President of the American Library Association in 2000-2001, focusing on the role of libraries in democracies. A tireless advocate for free and open access to information, Nancy has spoken out against censorship, filtering, secrecy, privatization, and other attempts to limit the public’s information rights. She has also spearheaded ALA's right to know, information commons, civic engagement, and Internet filtering initiatives, formed the Coalition on Government Information, and established the James Madison Awards honoring champions of public access to information. She has testified several times before Congress, attended annual legislative days at the state and national levels, and participated in several White House and Congressional briefings.

Nancy has chaired and served on a number of ALA committees that deal with intellectual freedom, information policy, copyright, privacy, information commons and public engagement, and led the Association’s efforts to oppose the Children’s Internet Protection Act (CIPA), promote privacy, and advocate media diversity. In addition, Nancy founded and chairs the ALA Center for Civic Life and ALA’s Libraries Foster Community Engagement Membership Initiative Group, and was instrumental in launching ALA’s partnership with the Harwood Institute for Public Innovation. She is the 2015 recipient of ALA’s Ken Haycock Award for the promotion of librarianship. 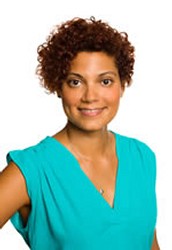 @MiraidaM
Miraida received her MLIS from Rutgers in 2012 with a certificate in digital libraries. After graduating from Rutgers, she was the taxonomist at 1stdibs, a curated online marketplace of antiques and design. Miraida returned to Rutgers in 2013 for the doctoral program in Communication, Information and Library Science where she focuses on health information behavior and health literacy. Miraida is a ALA Spectrum Doctoral Fellow, and has been working with her fellowship cohort on the Social Justice Collaboratorium, an online tool designed to support scholars and practitioners working on LIS-related social justice initiatives. Prior to the MLIS, Miraida worked in trade book publishing for almost 9 years, focusing mostly on international markets. She also has a M.A. from NYU in French Studies. 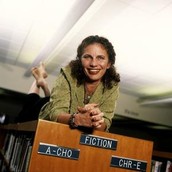