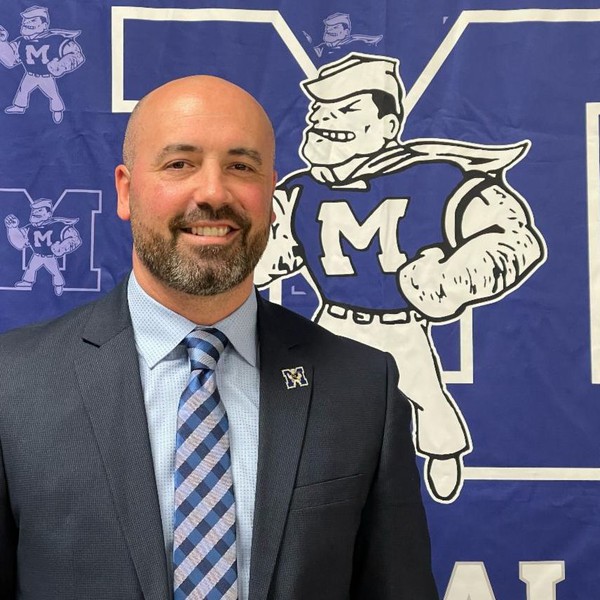 Midview Local School District is off to a great start in 2023! As we embark on the second half of the academic year, there is much to look forward to and still plenty to accomplish. Our Midview staff members and administration are always here to help, and I look forward to seeing all of the accomplishments that our students, staff and district will achieve during the second half of the year.

In addition to all of the extracurricular activities and events taking place (be sure to stay up-to-date with these by reading the building newsletters), we are also busy preparing to launch student scheduling for next year. We ask students and families to consider all of the available options as they begin to have discussions about scheduling for the 2023-24 school year. Scheduling is an important process for all students – please make sure to consult our building course guides and contact your child’s teacher, counselor or building principal should you have any questions regarding this process.

As a district, we could not foster growth mindset nor improve the educational experience for all students without a community that is committed to education, supporting its schools and getting involved. At Midview, we are proud to have this community connection and it is so appreciated. The community, family, staff and student involvement and support are paramount to our success, and I thank all of you for your contributions.

Board Approves Resolution To Proceed With Ballot Issue

Recently, at its January 18, 2023, meeting, the Board of Education approved the second and final necessary resolution for a substitute levy to be placed on the May 2, 2023, ballot. If approved, the proposed 10-year substitute levy will generate $6,200,000 annually and replace the two existing emergency levies due to expire at the end of 2023.

It is important to note that this levy will not generate new taxes on current residents. Instead, it will replace two existing emergency levies, one passed in March 2012 and the second passed in February 2013. Combined, the district's two existing levies generate $6.2 million annually.

The May 2 substitute levy will generate the same revenue from the property taxes paid by current homeowners as the 2012 and 2013 emergency levies. It’s a fixed dollar amount – meaning there would be no new tax for current residents, including those who have recently remodeled or built new. With expected growth continuing throughout our community in the form of new housing units, this substitute levy will allow the district to collect taxes on these new developments with no increase or change to current homeowners. All taxpayers (new and existing homeowners) will pay the same rate.

The money from the substitute levy can only be used for day-to-day operations. This means general upkeep of buildings, buses, safety measures, campus grounds, parking lots, etc. The substitute levy will help cover these expenses for a period of ten years. 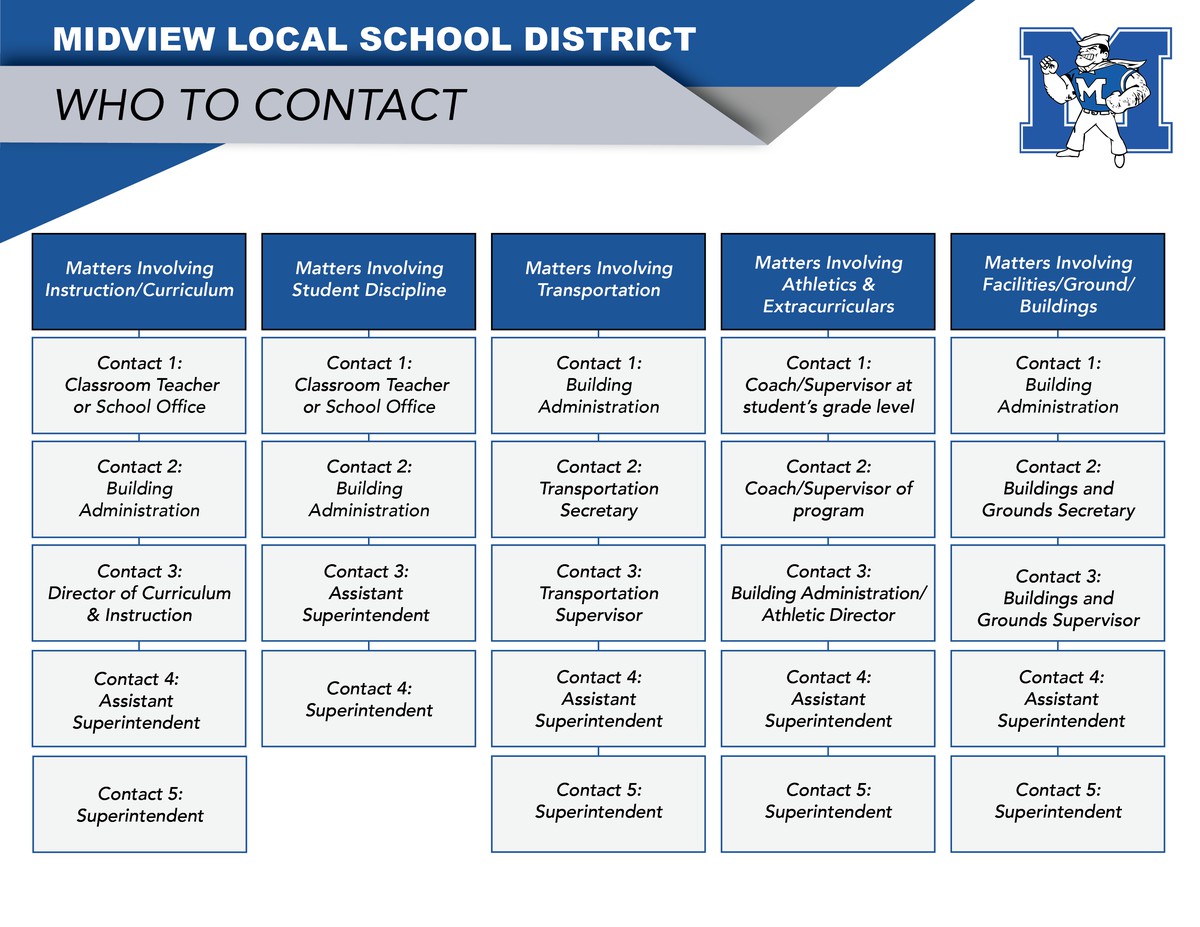 If you have questions about Midview Local Schools or a component of your child's education, following our "Who to Contact" hierarchy helps ensure a complete and accurate answer in the shortest time possible. For ALL "Who to Contact" flowcharts, click here. 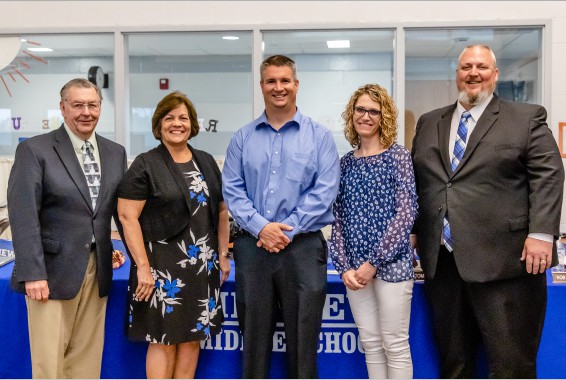 At the January 18 Board of Education meeting, district administration honored our Board members for Board of Education Recognition Month. Each building principal shared a short message or gift of appreciation from their students. Some highlights included a "thank you" video message from North students, custom "M" logo puzzles made in East's STEM class, hand-designed mugs made in the Middle School's MakerSpace and various thank you cards and decorative displays in each building! 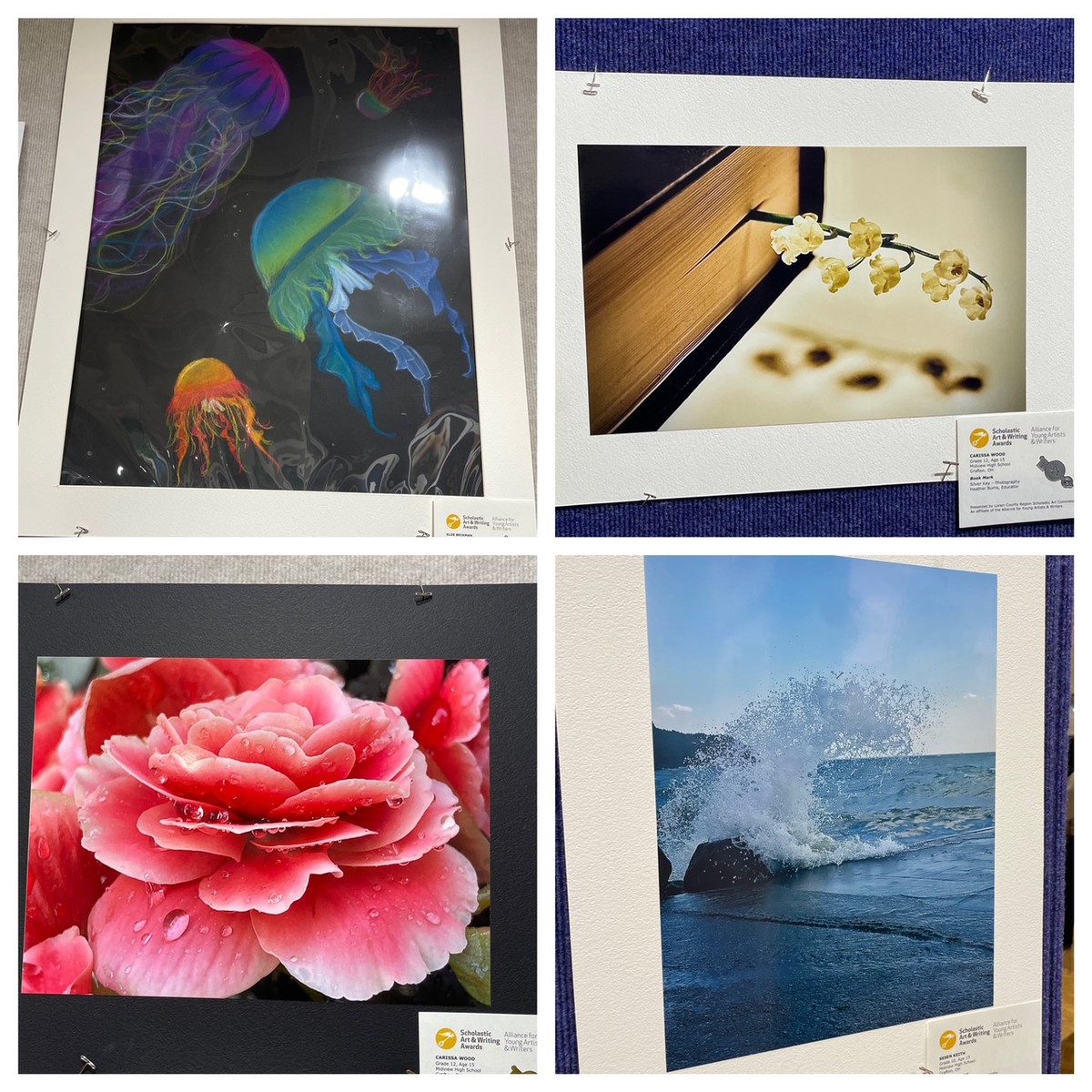 You're invited to the annual Lorain County Scholastic Art Exhibit! Hosted at the LCCC's Stocker Center until February 16, the exhibit highlights 650 pieces of art from junior high and high schools from Lorain, Erie, and Huron counties. Artwork submitted by MHS students received 19 honorable mention accolades, 7 silver keys awards and 2 gold key awards. A special congratulations is extended to Sesen Keith and Carissa Wood who were awarded gold keys for their photography. Their work will travel to New York to compete against all other gold key award winners across the United States! 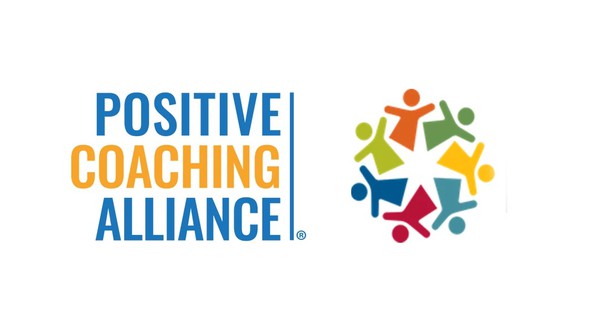 After being selected as founding members of The Choose Kindness Project and receiving collaborative grant support from ABC Network, ESPN, and the Walton Family Foundation, PCA and NSCC came together to develop a unique transformative program that centers around student-athlete voices and leadership. Midview High School joins Berkley High School (Michigan), Murrieta Mesa High School (California), and Lindblom Math & Science Academy (Illinois) as participants in the initial pilot program, which influences student-athletes to become agents for positive change in their schools and community. Read more here. 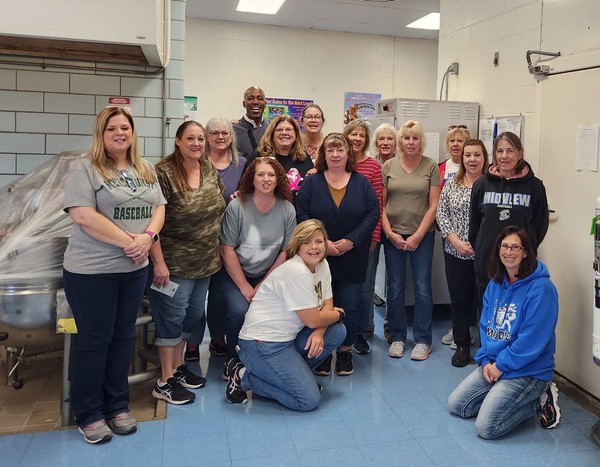 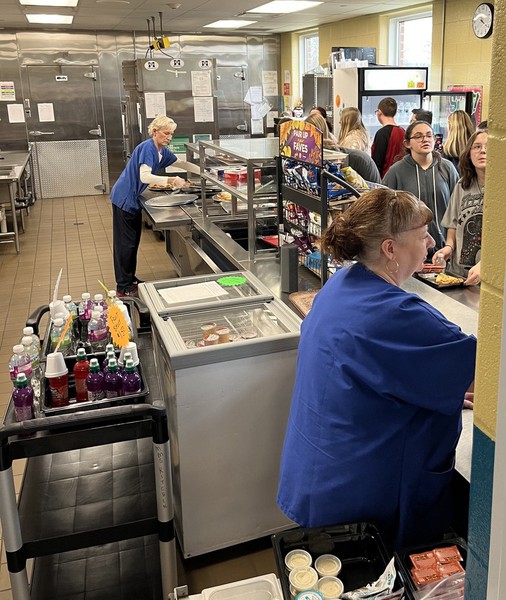 With over 470 breakfasts and 835 lunches served daily, Midview’s team of 18 cafeteria heroes is dedicated to keeping students full and focused.

To ensure our students have options they enjoy, food service staff prepare 9-12 entrees per day at the middle and high school levels and 3 at the elementary level. Each month, the team strives to introduce 1-2 new entrees to students, keeping in mind current popular dishes found in restaurants and the different age groups served. As always, all meals are expertly prepared to meet nutritional criteria, which can be viewed on Nutrislice.

With half of the staff having served the district for 15+ years, most say their favorite part of the job is their friendships with one another, the ability to craft new meals, and the kindness/politeness of our students. When it comes to the food they serve – breakfast for lunch and the Middie Mash seem to be fan favorites. Thank you to our Food Services staff! 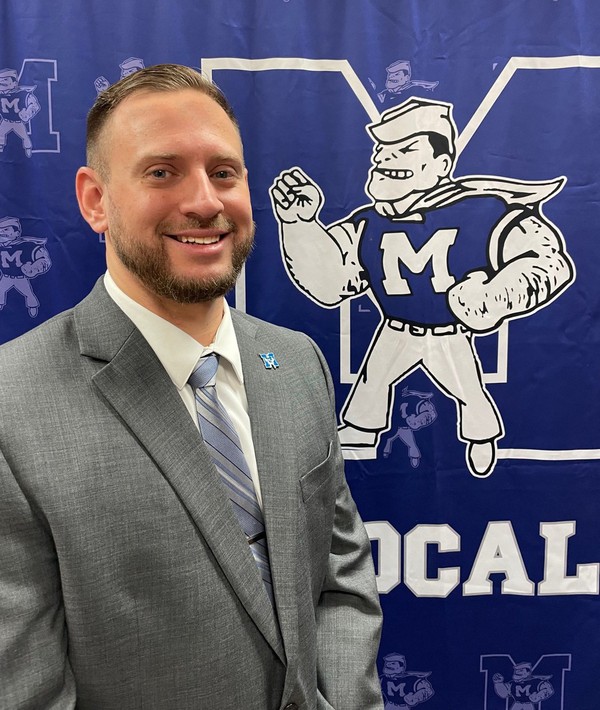 School treasurers are required to file a five-year financial forecast with the Ohio Department of Education regarding the district's overall finances twice a year. This forecast is a projection of income, spending, and ending cash balance. Our five-year forecast shows three years of financial history and five years of future projections, and currently, our district income is projected to exceed spending at the conclusion of fiscal year 2023 (June 30, 2023).

However, two emergency levies, which were initially approved by voters in 2012 and 2013, will also expire on June 30, 2023. Starting on July 1, 2023, our cash balance will decrease significantly each fiscal year.

Our district will lose 1/6 of our total budget ($6.2 million) annually.

By proposing to combine the expiring emergency levies into a substitute levy on the May 2 ballot, the district can maintain our current financial standing and level of operations. I encourage you to review my section of our district webpage and reach out with any questions. I will be working to keep our community updated throughout the spring.

Middies in the News