Aleks is using Smore newsletters to spread the word online.

Get email updates from Aleks:

The economy of Ecuador is based mostly on exports of oil, bananas, shrimp, gold, and other primary agricultural products and money transfers from 33% of public-sector revenue and 40% of export earnings. Ecuador's economic freedom score is 49.2 The average temperature in Ecuador is usually around 77 degrees fahrenheit.

The Education system in Ecuador is very strong. There are over 100 secondary schools. Grades 7 – 9 are free. So the parents of the students will have to pay school fees if they would like their children to study further. The literacy rate in 2010 is about 98.9% Universidad Técnica Particular de Loja is usually known as the best college in Ecuador.

The history of Ecuador ran for over a span of an 8,000-year period. Various cultures and territories have influenced during this time to make it a Republic of Ecuador. The history of Ecuador can be divided into five eras: Pre-Columbian, the Conquest, the Colonial Period, the War of Independence, and the Republican Era.

Ecuador’s early history as a country was a struggled one. For about eight years it formed, together with what are now the countries of Panama, Colombia, and Venezuela, the confederation of Gran Colombia. But on May 24th,1882 after a period of protracted regional rivalries, Ecuador seceded and became a separate independent republic.

1.Sun Lotion- It is very sunny and it is very easy to get a sunburn.

2.Swim suit-There are a lot of beaches in Ecuador.

3.Camera-There are lots of beautiful scenery.

4.Clothes oriented for warm weather (raincoat as well)-Since Ecuador is located near the equator, it is very warm but also very rainy.

5.Water-A good thing to have in Ecuador at all times is water because it can get very dry because of the climate.

6.Money-Since there is a lot of tourism places that you can visit, you should bring some money in case if you want to purchase anything.

7.Hat-It is very sunny so a hat to block the sun would be almost essential.

8.Sunglasses-Are great to block the bright sun from your eyes.

9.First Aid Kit-You are able to go trekking or bike riding in forests,mountains, etc. so it is good to keep one.

10.Notebook, pens ,pencils-If you are an artistic person of if you journal everything you do, there are lots of things you could draw or write about.

In ancient Ecuador there were many civilizations. 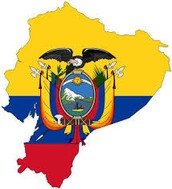 Ecuador gained independence from Spain on May 24th, 1882

One of the first civilization in Ecuador was the Inca empire.

Ecuador's government is a democracy. The Government is divided into three branches: executive, legislative, and judicial. This is the same type of government as the United States.

It is separated into 24 provinces. They have a president. In 2008 the president got rid of the constitution and wrote a new one. 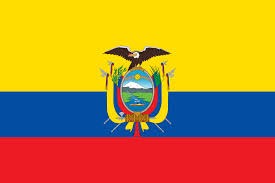 1. Alejandro Carrion Aguirre is one of these well-known Ecuadoriansfamous for his journalism, poetry and the short stories that he had written.

2. Hugo Cifuentes was a famous Latin American photographer born in 1923 in Otavolo. At the age of seventeen he was very interested in painting and drawing but later found a love for photography.

3. Michael Craig Judge is a famous animator who was born in Guayaquil in 1962 but now resides in America where he produces most of his work. As a university student he was interested in physics and engineering, which was the degree he finally obtained.

4. Oswaldo Guayasamin - Born in Quito on July 6, 1919, he showed a love of art from a young age. As the oldest of ten children, born to parents of Quechua descent, he followed his passion to be an artist, graduating from Quito's School of Fine Arts where he had studied art and architecture and holding his first exhibition in 1942 at the age of 23 years.

5. Eugenion Espejio, was a doctor, lawyer, journalist, and philosopher. He applied his medical knowledge as a hygienist and worked to improve sanitation. However, as a polemical journalist his satirical attacks on the government led to his persecution and imprisonment and fueled Ecuador's separatist movement.

You can learn a lot more about these famous Ecuadorians by traveling to Ecuador and seeing where they grew up and visiting famous museums and lots of other fun stuff to. By going there you get to see the conditions of how they grew up and get the full experience of their childhood. 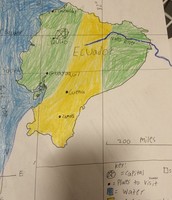 This is the physical map of Ecuador. 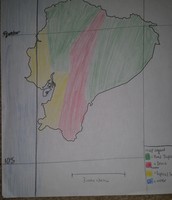 This is the Climate Map of Ecuador.

5 things to do on vacation there

Aleks is using Smore newsletters to spread the word online.