The game of chess has been around for quite some time. Like the game itself, the history of its origins are quite complex, but let's say at the least it has been around for over a thousand years. Chess is called the 'royal game,' a game historically associated with powerful individuals like Genghis Khan, Napoleon, and Vladimir Lenin. There are actual nationally recognized companies in Europe who actively seek out Grandmasters to employ. (A grandmaster is the most difficult title to earn in chess and quite frankly I couldn't even make out how one gets that title.)

Chess is considered good for the brain. Some psychologists believe it not only improves intelligence, but playing it regularly can be an effective way to improve memory function. Because of this, playing chess is recommended to those who are in the beginning stages of Alzheimer's. The good press on this game has led to its introduction in many school districts. Chess has even been purported to improve grades.

Unless you are a chess aficionado, the names of the top chess players probably do not roll off of your tongue like superstars in other sports such as Michael Jordan or Yadier Molina. However, there may be one you have heard of....Bobby Fischer. A movie was made about his chess exploits. He is arguably the greatest player of all time. He was an American who finally broke Soviet domination. Bobby Fischer is quite a fascinating man to dig into. While he reached the pinnacle of his sport, there isn't a lot of great stuff to share after that. He was famously an anti-Semite despite being a Jew himself. He celebrated the downing of the Twin Towers sipping champagne saying that he hoped America would be wiped off the face of the Earth. These and other things have been attributed to his possible schizophrenia and Asperger's.

As I started researching him, more and more grand masters began popping up as suffering from severe delusions to schizophrenia to hosts of other mental health issues. Why is this? Certainly a chicken or egg type question. Are people with mental health disorders more drawn to chess or does it cause such disorders? I would strongly advise against googling this unless you have a few hours to spare. The theory that seemed the most plausible to my sensibilities was that the extreme tension and stress experienced at high-level chess seemed to exacerbate existing mental illness. But there has to be more....there are many occupations that involve high levels of stress that don't result in such high rates of mental disorders.

One explanation I came across was that to be highly successful in this complex game, a person must constantly be hyper-aware of any possible threats to their positions on the board. You must be in a constant state of preparing for attack. Only this type of thinking will get you to the level of grand master. Thinking like this for most of your day at your job can't just be left in the office. You begin to think like this 24/7. What is lurking around the corner? This then can spiral into delusions.

This cautionary tale speaks to me. The part of the brain that you exercise will only become stronger. If I practice worrying about every way my lesson will fail, thinking my students will let me down, knowing that my district will make decisions that are not best for students, or whatever our narrative is, our brain will only then be able to find those things. What if instead at the end of each day we reflect on what went well? Would our brain learn to search for those things? There is a reason we have taken out the challenges portion of the successes and challenges activity at the beginning of our PLCs. I am certainly not a Pollyanna thinking there are no problems by sticking fingers in my ears and singing fa, la, la, but what if instead we put our energy into the positive? If chess is indeed like life, don't we want it to be a good one?

If what Justin says is true and you can't stop the feeling, let's make it a good one.
CAN'T STOP THE FEELING! (From DreamWorks Animation's "Trolls") (Official Video)

PD on the Couch

How to Make Virtual Meetings More Interactive for Students: http://www.spencerauthor.com/virtual-meeting-interaction/

Chelsea Christman: When I was asked to write the “What’s Good'' portion of Kristi’s Corner it felt like I was selected to play the Price is Right. I WAS PUMPED! Instantly, I was filled with joy and started brainstorming. I know this has been said from others, but virtual teaching is HARD. It is so easy to get in a funk because of this new normal. One thing that has been good throughout all of this is the support system I have.

Brad: For those of you who do not know, I have been married to my highschool sweetheart for eight years now. He is hilarious. Now, don’t you EVER tell him I said that but he is such a breath of fresh air when I get home from a long day. He makes me breakfast every morning because he knows mornings have become challenging with a six month old. I know that seems like such a small task, but having his support at home has been crucial.

Mom: Guys, my mom is a freaking saint. I have always looked up to her as a wife, mother, sister, and friend. Now that I am a mother myself, I have no clue how she did all that she did for my brother and I growing up. She has always been my biggest cheerleader. I call her many afternoons on my drive home and she keeps me grounded. Having her in my corner keeps me going on the hard days.

School: The staff at Lawson has been such a huge support system for me. Having a principal that advocates and encourages her teachers, a coach that will answer your questions on a Saturday, and a team that will collaborate with you has been wonderful. I am so thankful to be a part of the Lawson family!

I’m going to attach pictures of my family because they make me smile and are simply the best. 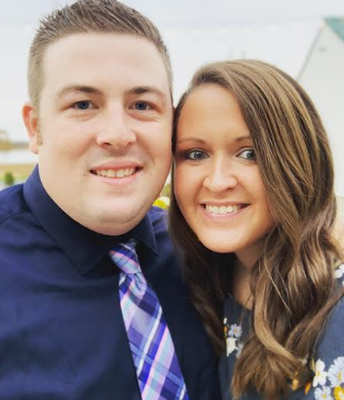 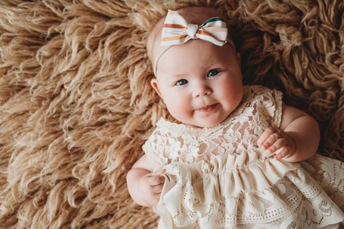 Follow Kristi Arbetter
Contact Kristi Arbetter
Embed code is for website/blog and not email. To embed your newsletter in a Mass Notification System, click HERE to see how or reach out to support@smore.com
close