Plants and Animals DEPEND on each other

Plants and Animals DEPEND on each other 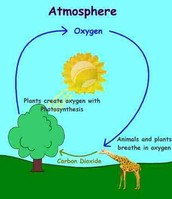 •Both are essential to life as we know it

•These gases cycle from plants to animals and back again

Plants use carbon dioxide in a process known as photosynthesis. During photosynthesis, plants give off oxygen as a waste product. Carbon dioxide moves from the air into the leaves of plants through tiny openings in the plant’s leaves. Oxygen moves out of the plant leaf through these same openings.

All animals, including humans, require oxygen to survive. Animals breathe in the oxygen made by plants and breathe out carbon dioxide as a waste product. Even animals that live underwater need oxygen. These animals pass water over their gills to take in dissolved oxygen that is made by water plants. The water plants in turn take in the dissolved carbon dioxide from the water.

Animals and plants are connected to each other by the oxygen-carbon dioxide cycle. Plants need the carbon dioxide from animals to live and animals must have the oxygen from plants to survive.

YES this even occurs underwater 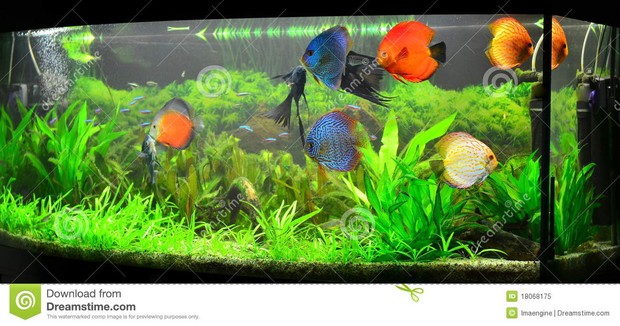 Even algae gives off oxygen...Read the link below to see just how much oxygen algae outputs 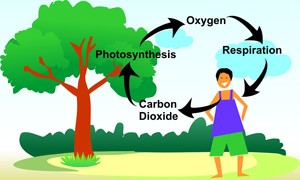 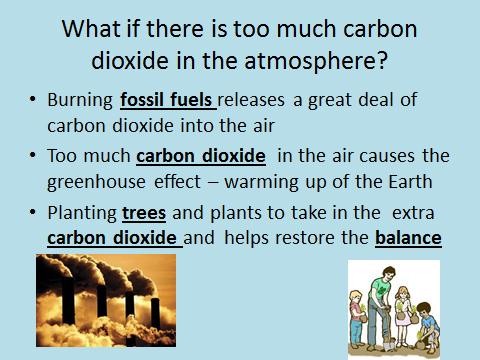 n a healthy environment, the level of carbon dioxide in the atmosphere remains about the same over a period of time. The animals breathe out carbon dioxide at a rate that is similar to the amount needed by plants in the area. If too many trees are cut down, or if too much carbon dioxide is created by the burning of fossil fuels, an area may become polluted with an excess of CO2. This can result in an unhealthy balance and may contribute to global warming

When their are too many consumers eating the producers in an area then their is overgrazing that occurs. This will cause some of the animals to die from the lack of food. As more animals die more producers(plants) will grow and the balance will be restored. 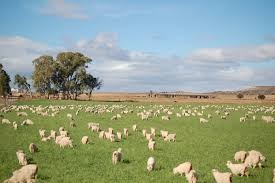 Animals and plants rely on each other for survival on Earth, without the SUN neither(none) of them would survive