Attractions && things to do

Attractions && things to do

South Dakota is known for holding the famous Mount Rushmore. It holds many landscapes, though. It is home to devils tower, badlands, and crazy horse. 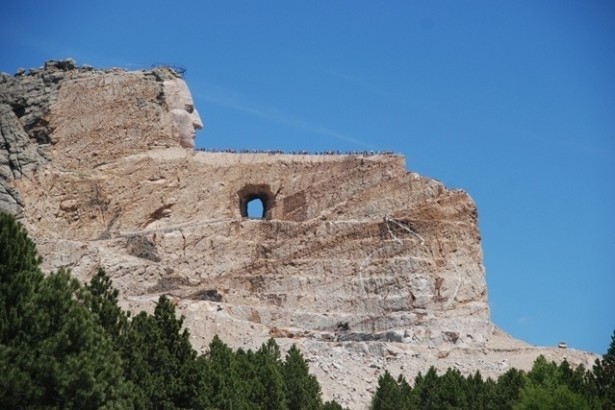 What is the largest mountain carving? The answer is, Crazy Horse, in the Black Hills of South Dakota. It is a statue of Crazy Horse, an Oglala Sioux Indian Chief, riding a horse. He fought against the removal of indian reservations. He also fought in the battle of little bighorn. It is to honor the culture, tradition and living heritage of North American Indians. Korczak Ziolkowski is the one who started Crazy Horse.

Even though he may have been the one that started it, he is not the one that is finishing it. He worked on it until he died in 1982. He has ten kids, seven of them still work on Crazy Horse to this day. Its construction started in 1947. Which, means it has been under construction for 67 years. There is no set completion date. Harsh weather is not helping it come along. Also, the iron in The rock is high, which makes it harder to drill through. Another reason is because of funding.

The funding of Crazy Horse is complicated and hard. It is a private, nonprofit undertaking, which means that they do not intend on making money. The money from admission is used to help pay for the statue. They absolutely will not take government funding Although, they will take donations.

To help funding, it has three parts. The parts are, Crazy Horse viewing, Indian Museum of Northern America, and the Native American Culture Center. The statue is not very popular but that is mainly because it is not finished yet. But, it still has millions of visitors every year. It is also right down the street from Mount Rushmore. Speaking of Mount Rushmore, all four heads can fit in the human head of Crazy Horse. Another fact is that it is being carved on sacred land of Native Americans.

There are so many interesting facts about Crazy Horse. The history and construction of it is long, but its purpose is meaningful. Also, overall the whole thing is amazing. It will be even better finished. When will it be finished, though?

To find out more, visit http://en.wikipedia.org/wiki/Mount_Rushmore

To find out more, visit http://en.wikipedia.org/wiki/Devils_Tower

To find out more, visit http://en.wikipedia.org/wiki/Badlands