Home of the Otters

Home of the Otters

The faculty, staff, parents and community of Ottobine Elementary School envision the development of students who will:

Statement of Common Beliefs In order to develop students who will pursue lifelong learning, who will possess marketable job skills and who will contribute positively to society, the faculty, staff, parents, and community of Ottobine Elementary School believe that we should encourage the development of:

Ottobine Elementary School was constructed at a cost of $118,000 in 1958 in order to consolidate Briery Branch and Clover Hill Elementary Schools. It was built at an equal distance between the two communities at Ottobine. It was comprised of students enrolled in Grades 1-7 with an estimated capacity of 200 students. The first building Principal was Gar Miley who also served as a seventh grade teacher.

In 1964, Edward Byrd was appointed the second building principal. In 1968, a school library and five additional classrooms were added to the eastern portion of the building in order to accommodate the growing enrollment. At that time, seventh grade students were transferred to John Wayland Intermediate School following its completion. For much of the school’s early history, Physical education was taught in the cafeteria. A gymnasium was eventually constructed in 1978 during Ed Smith’s tenure as the third building principal. That same year, OES became the recipient of a federal program known as Reading is Fundamental. Books were purchased with matching funds between the Federal Government and the Briery Branch Ruritans. Many years later, Lynda Byrd Johnson, a former U.S. President’s daughter visited Ottobine to honor the school for its involvement with the RIF program in 1993. The RIF program continued at OES until 2015.

At a very early time, the staff at Ottobine developed a reputation for new and innovative approaches to elementary education. Teachers were early advocates for the implementation of a whole language approach to reading and manipulative-based math instruction. OES adopted the “Assured Readiness for Learning” program for the 1983-84 school year. Under the leadership of Principal Ed Price, this program contributed to steady increases in reading achievement throughout the 1980's. At that time, Ottobine also began an initiative introducing cursive handwriting to students in grades K through 2. Ottobine Elementary would remain a K-6 building until 1985. At that time, Mr. Price worked through the transition as Rockingham County adopted the middle school concept which incorporated students in grades 6 through 8.

Major renovations took place during the summer of 1990. Principal Nancy Lantz worked with maintenance staff to oversee critical renovations including the removal of asbestos and the installation of new floors, ceilings, and lighting in the older western section of the building. The following year, the Ottobine Parent-Teacher-Student Organization (OPTSO) helped to raise the necessary funds resulting in the construction of the playground area.

Under Dr. David Burchfield’s tenure as principal, Ottobine was visited by the Governor's Commission of Champion Schools from 1994 through 1996. This commission was instrumental in evaluating all of the various qualities that made Ottobine an innovative and special school. As schools in Virginia prepared for the Standards of Learning assessments in the mid 1990s, the staff at Ottobine negotiated a balanced scope and sequence preparing students to demonstrate a high level of achievement. Technology initiatives at Ottobine were featured in an ITEA journal artical, “The Technology Teacher,” published in the spring of 1996.

Mr. Lynn Sprouse was appointed as the Principal of Ottobine in the Fall of 1997. During his first year, a positive student recognition program was instituted celebrating students who demonstrate the six pillars of the Character Counts program. Educational technology was becoming commonplace, and a Power Macintosh computer lab was installed in the summer of 1998. Community partnership efforts continued to flourish as the school and the nation looked toward the year 2000 and beyond. The entire building was repainted and electrical service was upgraded to support window unit air conditioners in the fall of 1999.

The new millenium brought considerable change to Ottobine. Ramona Pence became the building principal in the year 2000. During the 2001-2002 school year, construction began on the upper level addition with primary grade classrooms. Once completed, this allowed for the removal of six mobile units, allowing all students to be housed under one roof. During Laura Evy’s time as principal, OES hosted a fashion show for several years as a successful school fundraiser with students, parents and staff serving as models for the show. During that first year, the school was honored to have the Division Superintendant, Dr. Carol Fenn, serve as a model.

In recent years, with the generosity of grants and community volunteers, our school has constructed an outdoor classroom providing students with learning opportunities in the fresh air and sunshine during warm weather throughout the year. Beginning in 2015, Ottobine formed a drama club performing musicals such as 101 Dalmations, the Lion King, Willie Wonka and the Chocolate Factory, and most recently, Annie Kids.

Through the decades, the Ottobine staff has been instrumental in cultivating a dynamic and innovative educational setting for children residing in southwestern Rockingham County. This reputation has been built on a tradition of hard work and dedication to students. Although Ottobine is a small school, we have immense pride in our legacy of educational innovation.

Profile
Back to OES Home 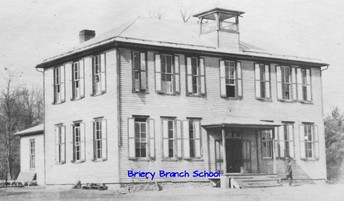 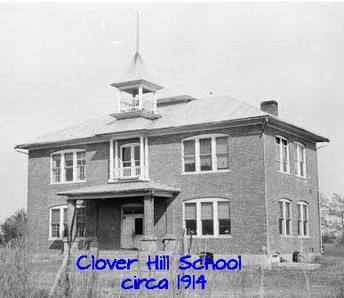 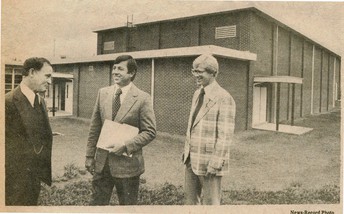 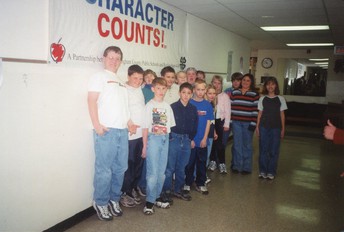 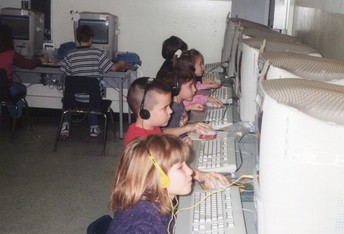