Who were the Massachusetts 54TH

The Massachusetts 54 were a group of A.A. men who want to fight in the war. They were around the ages 20-40. A lot of them showed up with out shoes on. Lincoln needed them to prove that blacks can learn. 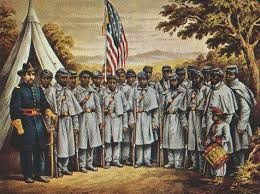 Training of the Massachusetts 54TH 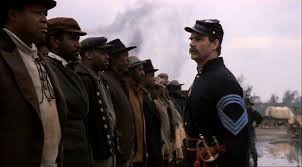 The black soldiers were promised they got $13 dollars for their pay but when payday came they got $10. They were outraged! They began to riot. Colonel Shaw said "If you won't except your pay, none of us will." Also, when Colonel Shaw asked for shoes and socks for his men the quarter master reused to give him any because his soldiers were black.

their 1st assignment in South carolina

When they got to South Carolina, they met other black soldiers.At that time Colonel Shaw promoted Sergeant Rawlin's to Sargent Major. Everyone was so happy for him. Everyone began to cheer and yell for him. When they got to shore they had a little party. The next morning they went to Georgia for "supplies". They ended up burning down the town and stealing a lot of things. 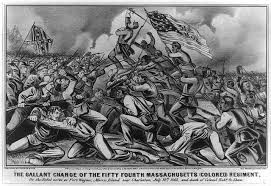 Instead of fighting the men had to do manual labor! They had to chop down trees and drag them back to the big house. While they were doing the labor a group of white soldiers walked by and the A.A. group was trying to cheer them up but the white men got annoyed. They began to yell at each other before someone stopped them from psychically fighting. 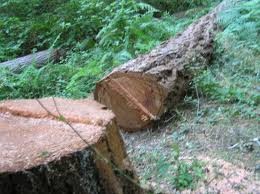 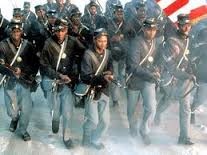 the massachusetts 54th volunteers for the attack on fort wagner

Colonel Shaw thought that volunteering would be a good thing. He thought it would make then recognized. He was questioned if his men were ready and he said yes. He thought being the ones to sacrifice themselves would be honorable. 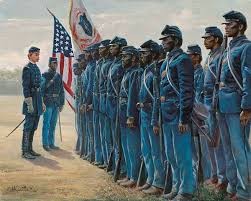 The Massachusetts 54th had to try and run on sand. It was hard but they kept going. They began to be fired at so they ran faster. Once they made it to the fort they tried climbing the sand walls. It was really hard because they were getting shot at and the same kept falling from underneath them. Eventually they made it up but were killed shortly after. 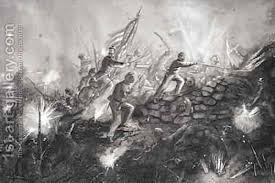 Even with all of their efforts they did not take the fort. A lot of the Massachusetts 54th died during this battle. They made it as far as they could before dieing. Many made it in the walls before dieing by gun and cannon fire. 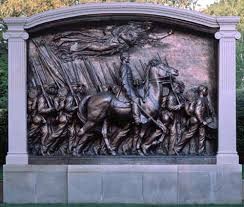 the impact of the the Massachusetts 54th

A lot more African Americans wanted to fight so they signed up. And of course they chose the Union side so they could be free. They wanted to get rid of slavery for everyone that is stuck in it. They probably had family still in slavery they wanted to free. 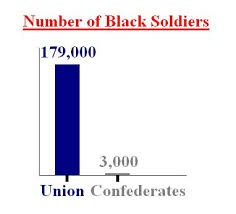