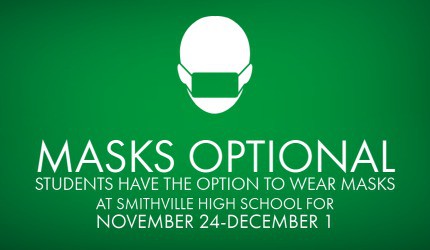 An email was sent to all senior parents/guardians (with an email address on file) to confirm how your student’s name should appear on their diploma. If you did not receive that message please contact Donna Vennera at vennerad@smithville.k12.mo.us by November 30, 2021

Students participating in sports and activities who miss time during the school day must provide a doctor’s note to excuse the time missed to be allowed to participate in practice or a game that evening.

Students who miss a full day of school are not allowed to attend after school activities that day. 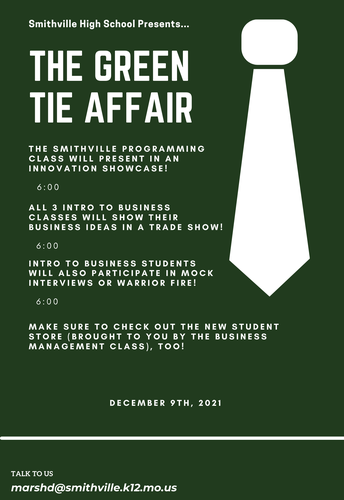 On December 9th Intro to Business, MGMT, and Programming students will be sharing and showing their innovative programming work, school retail design challenge progress, and a variety of different business plan ideas to stakeholders. 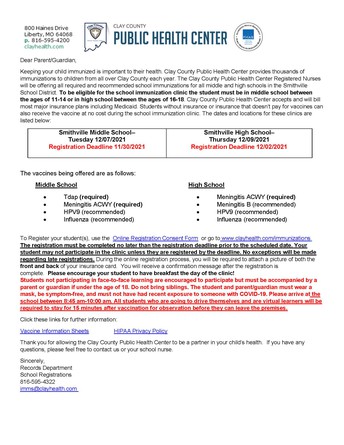 The vaccines being offered are as follows:

To Register your student(s), use the Online Registration Consent Form or go to www.clayhealth.com/immunizations. The registration must be completed no later than the registration deadline prior to the scheduled date. Your student may not participate in the clinic unless they are registered by the deadline. No exceptions will be made regarding late registrations. During the online registration process, you will be required to attach a picture of both the front and back of your insurance card. You will receive a confirmation message after the registration is complete. Please encourage your student to have breakfast the day of the clinic!


Students not participating in face-to-face learning are encouraged to participate but must be accompanied by a parent or guardian if under the age of 18. Do not bring siblings. The student and parent/guardian must wear a mask, be symptom-free, and must not have had recent exposure to someone with COVID-19. Please arrive at the school between 8:45 am-10:00 am. All students who are going to drive themselves and are virtual learners will be required to stay for 15 minutes after vaccination for observation before they can leave the premises.

Thank you for allowing the Clay County Public Health Center to be a partner in your child’s health. If you have any questions, please feel free to contact us or your school nurse. 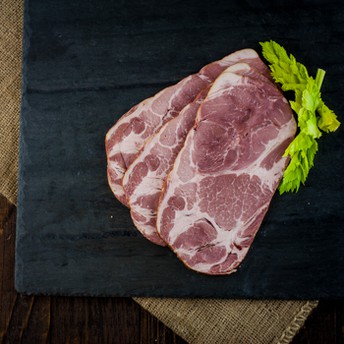 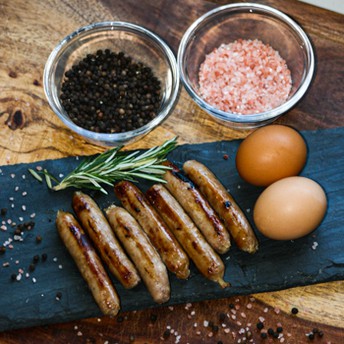 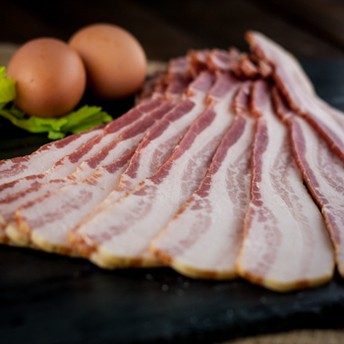 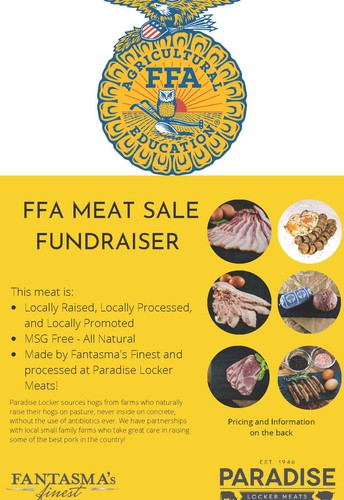 Paradise Locker sources hogs from farms who naturally raise their hogs on pasture, never inside on concrete, without the use of antibiotics ever. We have partnerships with local small family farms who take great care in raising some of the best pork in the country.

The funds earned from this sales event will be used to support the efforts and programs of the Smithville FFA Chapter. 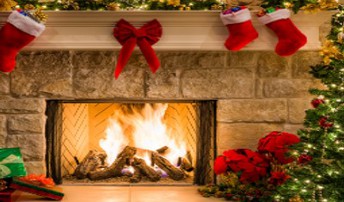 Warm your heart with the fire within and help ignite a spark that will bring warmth and comfort to others this holiday season. Please join us in providing a nice holiday to the students and families in Smithville that are struggling this year and have requested assistance.

All gifts are to be dropped off at Horizon Elementary unwrapped and labeled with each number and letter identification for example (23a) by December 13th. We will need all gifts placed under the table in the tubs in the entryway doors. If you have a bigger item and or cash donation and want to connect with me personally for drop off please call me on my cell 816-315-1607.

Many of our unaccompanied youth are estranged from their families. Others may be victims of Covid 19 setbacks, financial circumstances, which have forced them to live with another family or grandparents due to shutdowns which resulted in wage loss. We have been blessed to come to know so many stories. We, as a School District, provide a safe learning environment for our students. Each of you can provide the meaning of being a good neighbor by signing up to provide a gift for these students and bringing joy to their families for the Holiday.

The Smithville School District would like to partner with each of you and/or your organization to bring hope and offer a season filled with joy and peace for all of our community.

If you want to purchase a gift, you can find the list of gifts needed on the SSD Holiday Help sign-up here. https://www.signupgenius.com/go/60B0D48ACAA29A6FA7-smithville1

Contact Lisa Manz, Smithville School District Family Resource Specialist, by December 10th, if you want to give directly. We will gladly accept monetary or gift card donations and do the shopping for you if needed. The money will be placed in a District Care Fund to be used for holiday gifts for our students. All gifts must be unwrapped and labeled with the number and letter assigned, for example (23a). The gifts need to be dropped off at Horizon Elementary and placed in the tubs under the table in the entryway doors by December 13th.

Thank you for your time and consideration in partnering with us!

When one is presented with a pair of words that are similar in appearance, the chance for confusion is always high. In many cases the risk of mixing the words up is lessened if they have semantic differences, as is the case with assent and ascent. The former may be a verb (meaning “to agree”) or a noun (“an act of agreeing”), while the latter is only found as a noun, and has meanings such as “climb,” “an upward slope,” and “progress.”

Things get a bit trickier when there is overlap between similar words, which is why so many people find themselves flummoxed by capitol and capital. Both words are often used in reference to government, and the physical location of one of these is typically found within the other, so this confusion is understandable. We are happy to report that there is a simple way of telling them apart.

Capitol comes from the Latin Capitolium, the name of the temple of Jupiter at Rome on the Capitoline hill. The historical Oxford English Dictionary defines the word’s earliest use in English, dating from the late 14th century, as “The temple of Jupiter Optimus Maximus, on the Saturnian or Tarpeian (later called Capitoline) Hill at Rome, the smallest of its seven hills.” By the late 17th century the word was being used in the sense of “a building in which a state legislative body meets.” It subsequently took on a small number of additional meanings, including as “a group of buildings in which the functions of state government are carried out” and “the building in which the U.S. Congress meets at Washington” (this use is capitalized). Capitol, however, has not broadened very much in meaning; it almost always is used for a building, and even the term Capitol Hill (“the legislative branch of the U.S. government”) is a reference to a particular structure, the Capitol.

Capital, on the other hand, has a far wider range of meanings and application. This word comes from Latin as well, from caput (meaning “head”), and may function as either an adjective or noun. Among the more common adjectival meanings are “of a letter: of or conforming to the series A, B, C, etc. rather than a, b, c,” “being the seat of government,” “chief in importance or influence,” “punishable by death,” “most serious,” “excellent,” and “of or relating to capital.”

As a noun, it may mean such things as “a city serving as a seat of government,” “a store of useful assets or advantages,” “net worth,” and “advantage, gain.”

As an example of the narrow meaning of capitol, and the breadth of capital, consider the various ways that we might use these two words. We could speak of a group that has invaded a nation’s capital, or that has plundered that nation’s capital possessions, all because someone or other thought this was a capital idea. Some might consider this a capital offense, one that results in capital punishment. Others might say that it is foolish to waste political capital on such an endeavor. There are a number of other ways in which capital might find itself employed in describing something such as this.

The use of capitol, on the other hand, is really only going to come about if the story contains mention of a certain type of building where government functions are carried out, or if it is in reference to where the U.S. Congress meets in Washington. 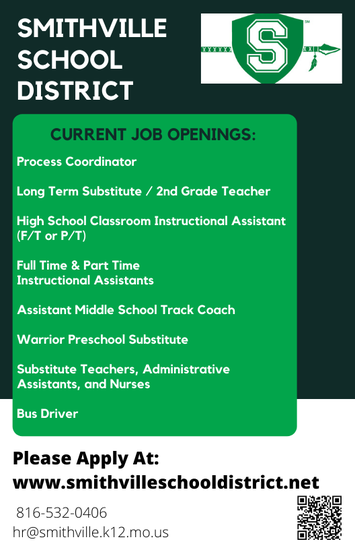