Get email updates from Xan:

from the desk of Kathy Amos

from the desk of Kathy Amos

Our Why in YCS - Student Success!! 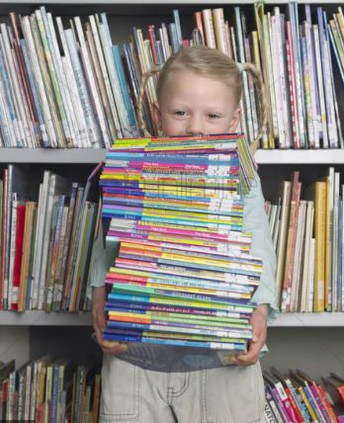 We appreciate our teachers and parents partnering together to help us meet our future reading goals in YCS. We want all students to be reading on grade level by the end of first and second grade.

Elementary teachers will be trained in the spring and next fall on The Science of Reading. Teachers will be mastering the fundamentals of reading instruction in the following areas: phonics, fluency, vocabulary, comprehension, writing and language.

Parents and Grandparents can assist us with making reading a focus at home:

Purchase books and magazines for the home

Word and Letter games while riding in the car on trips

We thank you all for attending our family reading nights at our schools! 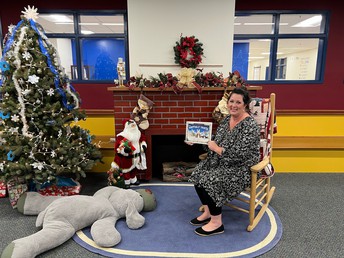 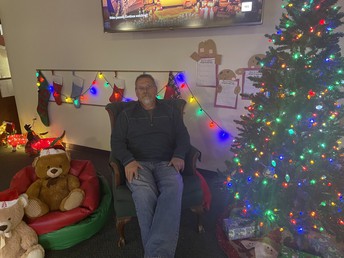 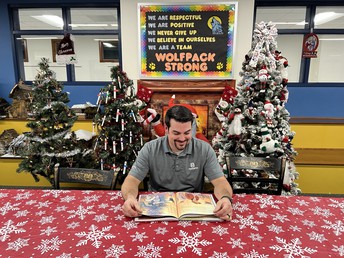 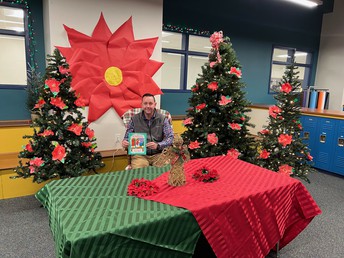 School Board Member Will Hensley 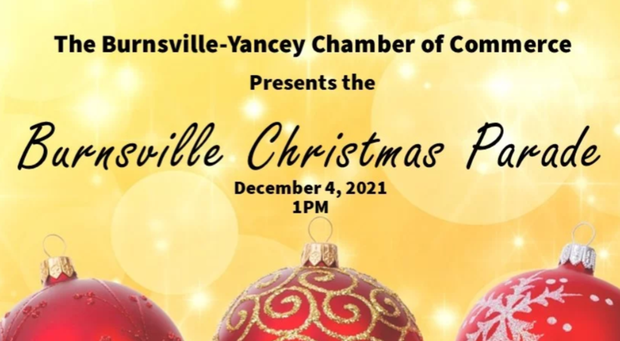 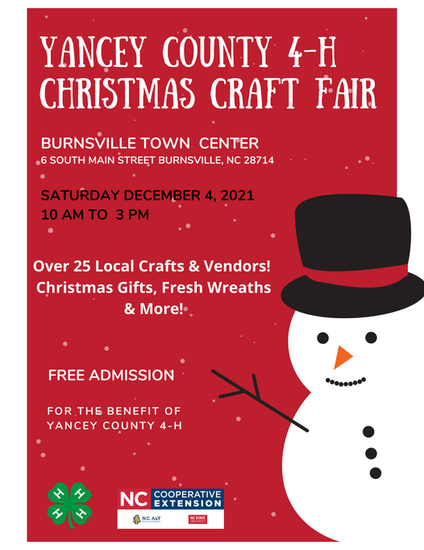 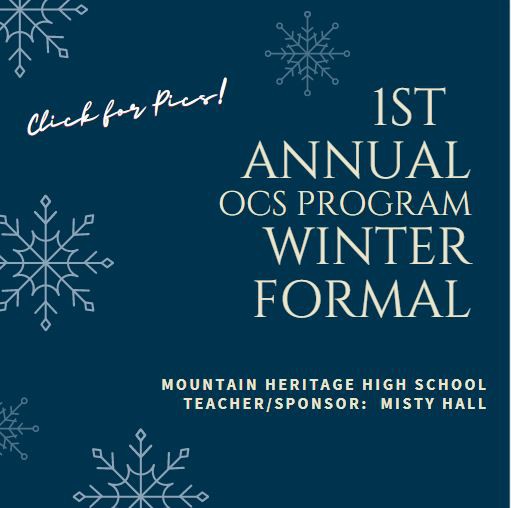 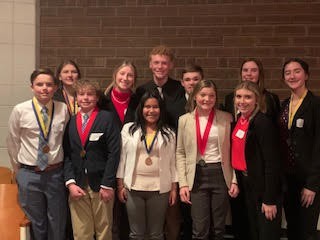 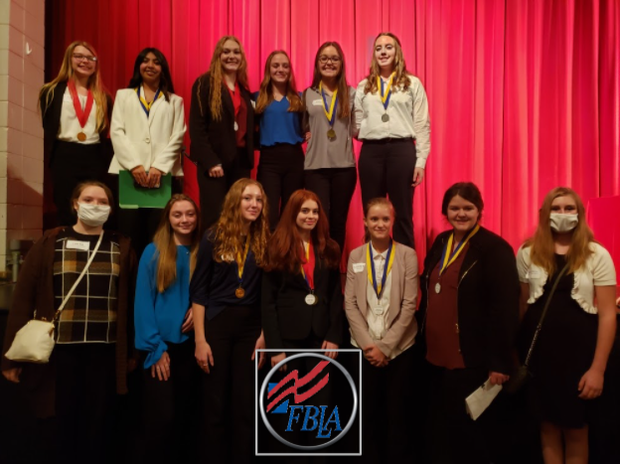 Every Mountain Heritage student that entered a competitive event at Regionals held November 30, 2021, placed and will advance to the FBLA State Competition in March!

Here are the results from the FBLA Regional Competition: 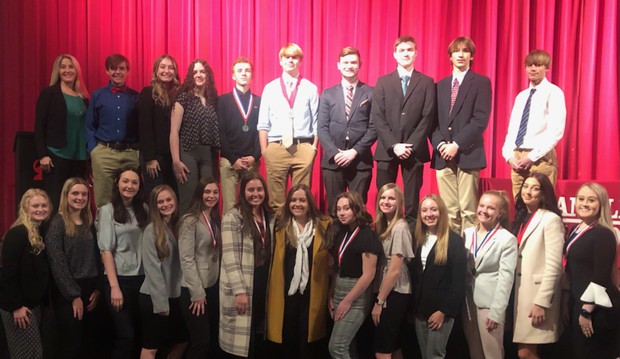 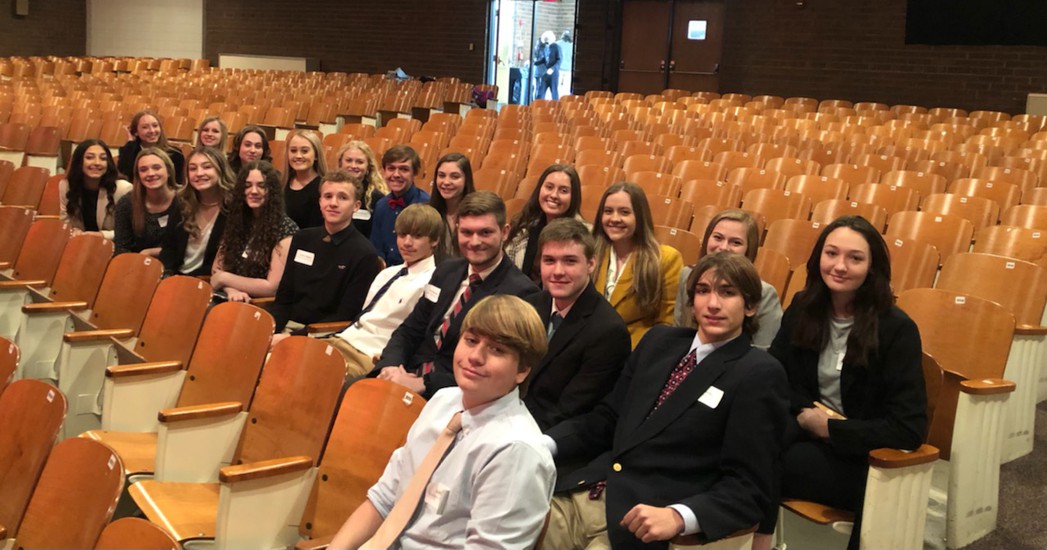 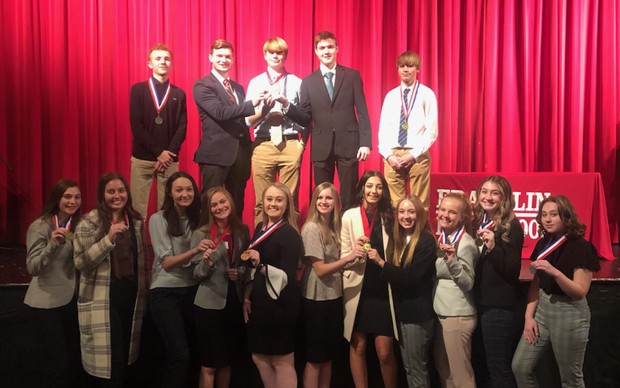 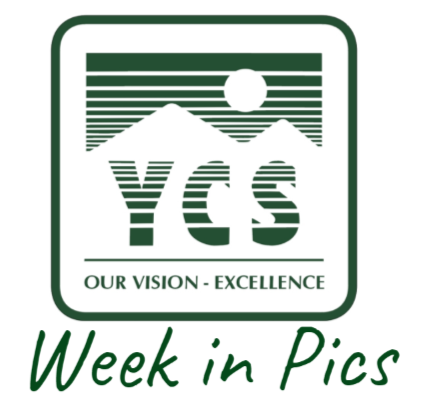 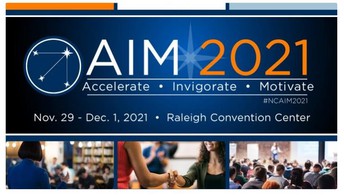 AIM Conference brings educators together to begin ‘a new season’ of education in N.C.

For the first time since before the COVID-19 pandemic, the Department of Public Instruction (DPI) hosted a statewide conference for district leaders and teachers, with almost every district represented, as well as many charter schools and every lab school. Roughly 1,000 attendees spent three days at the Raleigh Convention Center for the AIM Conference, which stands for accelerate, invigorate, and motivate.

For many educators, this was their first time getting together — in-person, face-to-face — with colleagues across the state and from neighboring districts. There were hugs and handshakes, fist and elbow bumps. There was laughter amidst learning, but above all, there was collaboration.

DPI invited teams from every district that included cross-functional leaders in central office, principals, and teachers. The idea was to allow them to split up across the 93 sessions that took place Monday through Wednesday, share what they learned, and work on plans to implement new ideas or tweak current practices.

The sessions were organized along six tracks that match the two central components of DPI’s Operation Polaris (learning recovery and district and school transformation) and its four satellite foci (literacy, student support services, accountability and testing, and human capital).

“I’m hearing empathy, and I’m hearing solutions,” Truitt said. “And that, really, is the shot in the arm I know I needed and that I think my colleagues here today needed as well.”

Everywhere, it seemed, eyes smiled above people’s masks in gratitude of convening in person after so long. For Julie Pittman, lead organizer for the conference and Truitt’s teacher advisor, it finally felt like the reset that hadn’t happened when the calendar turned to 2021 amidst pandemic uncertainty.

“This conference can really be the catalyst into the next season of education,” Pittman said. “That’s really where this conference idea came from, because it doesn’t need to be about what are we doing to recover anymore? It’s what are we doing next to really reimagine what it means to be an educator in North Carolina right now.”

Each morning, attendees met with representatives from other districts from their regions in eight large rooms, seated at round tables for working sessions. Much of that time was spent setting goals and brainstorming performance metrics to measure progress on goals. A blown-up copy of the State Board of Education’s strategic plan laid on the table, and educators sat in district teams to discuss alignment of their own plans with the state’s — using sticky notes to mark overlaps and gaps.

These morning sessions, each led by one of DPI’s eight regional directors, also provided opportunities for cross-district sharing and collaboration. Educators shared what they learned the day before and how any of that information could be useful in their own districts, and then they made actionable plans to implement those practices when they returned home.

“The collaborations have been great,” said Linda Cooper, principal of Enfield Middle S.T.E.A.M. Academy in Halifax County Schools. “I’ve learned a lot. Each district, we’re all having the same issues. That networking and sharing piece, and just hearing that you’re not alone in what you’re doing, has been powerful.”

While several sessions focused on mental health and social emotional learning, literacy and implementation of the recent reading law, and teacher recruitment and retention, one of the most discussed offerings was about accountability and testing. Two sessions, entitled “Portrait of a Graduate,” offered an introduction to a statewide initiative by DPI to determine what districts believe students need to know by high school graduation to prepare them for the postsecondary plans of their choice.

The sessions came on the heels of a luncheon where six students presented to the full conference. The students spoke with courage, poise, and insight. They provoked contemplation and moved several attendees to tears.

As Deputy Superintendent David Stegall kicked off the first session of Portrait of a Graduate, he said, “I’d hire any one of those students today. And you know what I don’t know about them? I don’t know their SAT score, and I don’t know what level math they were in when they finished school.”

There was a session pressing attendees to think beyond grades and testing as measures for assessing either students or schools.

“That’s the first time in my entire career that I ever heard the State Board’s and DPI’s goals align with my own,” said Wayne Price, a 23-year veteran who is principal of Washington County Early College High School.

Superintendent Truitt called the need for accountability and assessment reform her biggest takeaway from the conference.

“All of the changes that we want to make and innovate with for kids so that school is better — [they] cannot be made until we change our testing and accountability,” she said.

Like the work sessions for the conference, DPI’s listening tours will be organized by region. Pittman said the regional approach is important for the goal of encouraging and maintaining cross-district collaboration and support.

Two years ago, these districts were sometimes competitors. They competed for resources, talent, and even students. But that was before COVID forced school systems into silos.

“It’s been wonderful seeing folks reconvene,” Ward said. “There’s plenty to be learned online and in Zoom meetings, and that venue is going to be a terrific place for ongoing skill building and relationship building. But there’s just nothing like being face-to-face with colleagues. Aside from the fundamental new learning that takes place, the relational dimension of all of this — you can’t overstate it.” 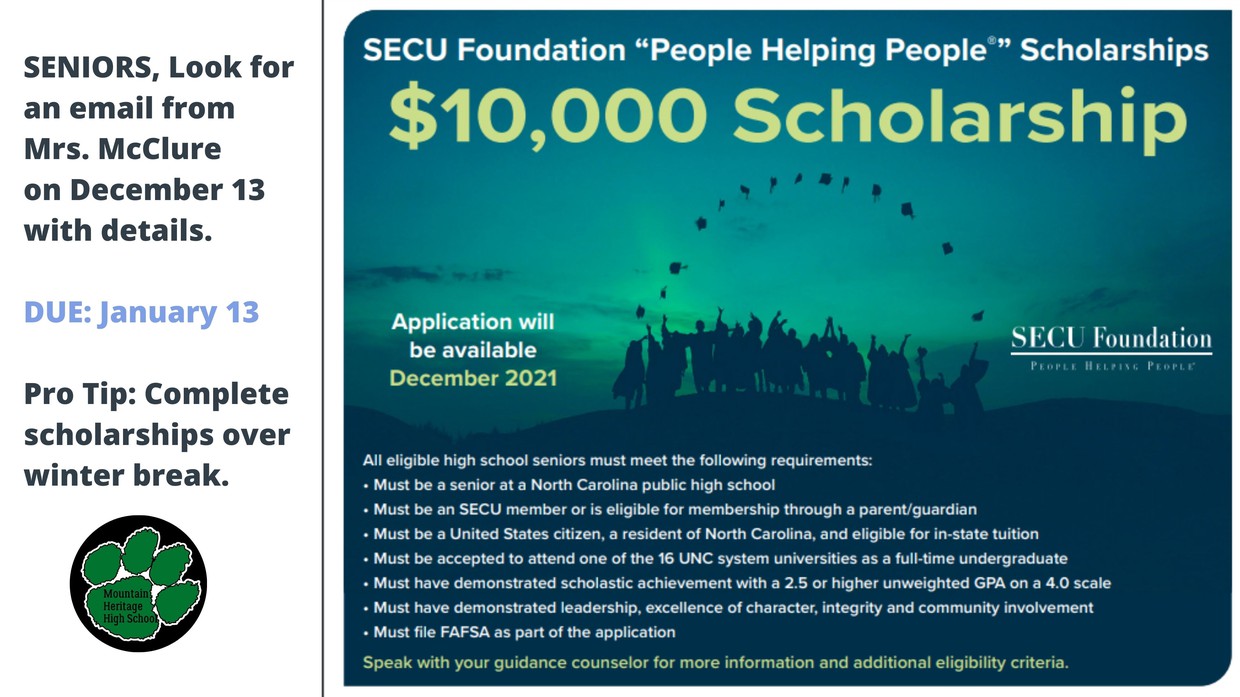 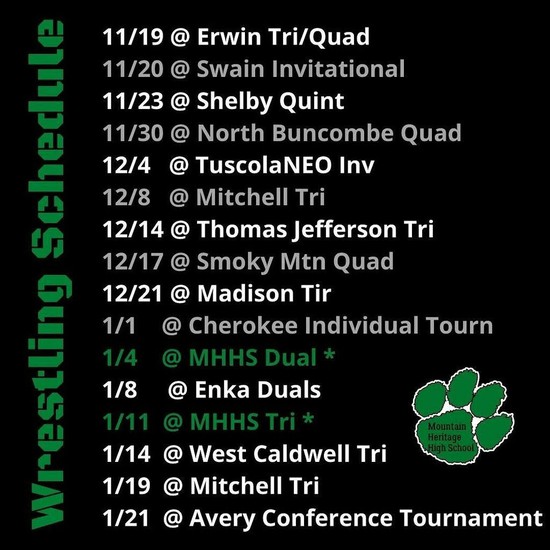 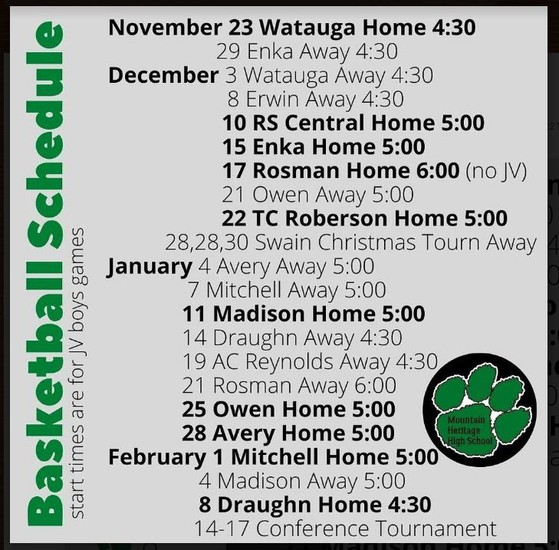 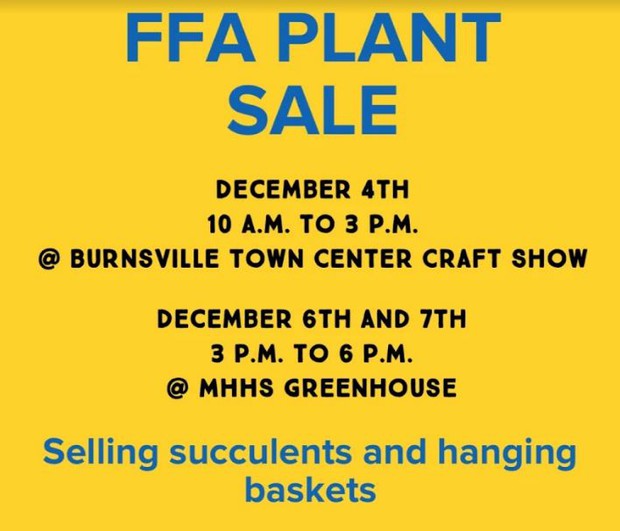 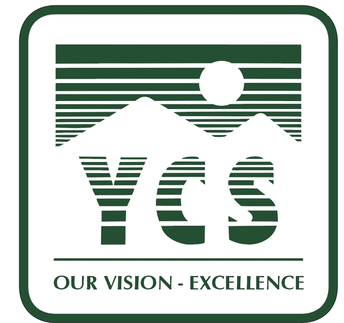 Follow Xan Robinson
Contact Xan Robinson
Embed code is for website/blog and not email. To embed your newsletter in a Mass Notification System, click HERE to see how or reach out to support@smore.com
close