corban is using Smore newsletters to spread the word online.

Get email updates from corban:

One Who Flew Over The Cuckoos Nest, The Great Gatsby

One Who Flew Over The Cuckoos Nest, The Great Gatsby

I am 17 years old, extremely lackluster and I do not get out much. I am originally from Washington, but moved to Oregon after my parents broke up. I live with just my two brothers and my other, along with our cat Pumpkin. The only thing I can be considered good at is art, mostly drawing and other easy media, along with some video games, which no one cares about. My favorite subject in school will always be art and or ceramics, since they come easily to me, and it is nice to express yourself in school without exertion.

My favorite pieces of literature

One of my favorite book is The True Meaning Of Smekday, which is just about a girl and an alien trying to survive and get to safety, while trying to stop another race of aliens from taking over earth. It's pretty dumb but i liked it, because it shows these two trying to get along while loathing each other.

Another book, or rather series I like, is Harry Potter, being about a boy who becomes a wizard. I don't feel like I need to describe it, since everyone knows it. 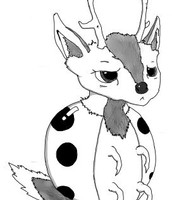 Some thing I drew. 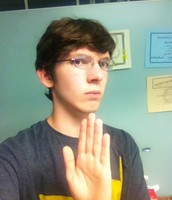 corban is using Smore newsletters to spread the word online.