Brahmleen is using Smore newsletters to spread the word online.

Get email updates from Brahmleen:

I learned a lot this year about Canada. Based on everything we learned, I believe Canada may not be the greatest country to live in 2035, but I still think it will be one of the better ones. From Canada's growing economy to the care for our natural environment, I think we have a lot of things to look forward to in 2035.

Canada has a fast growing population. Currently the total population is 35 million (2014) and is at stage 4. Even though our population is growing, the birth rate is low and death rate is low. This means the dependency load is growing and our country is not able to provide in enough. This could be a problem in the future, it is said that near the year 2035 the death rate will be higher than the birth rate and the only way to keep the population growing will be immigration. In Canada the fertility rate is 1.7% per women, even though it has grown over the years, each women needs to have at least 2 children to keep the population growing. The current immigration rate is 250,000. Canada is attracting many immigrants through out the years from all over the world (mainly from Asia and Europe). People come to Canada's for work, education and family and much more. Canada is currently Canada is attracting immigrants from countries from stages 1,2 and 3. Although our population is growing, I believe this might change as we come near to the year 2035. We know that countries from stages 1,2 and 3 are upgrading and advancing towards better health care, better education systems, more jobs, safer environments and stable economies in many countries. If these countries are becoming better why would people want to leave friends and family behind and immigrate to Canada ? It makes no sense. If this was to happen, I believe Canada's immigration rate would be very low. As I said before, in the future Canada's only source of growth is immigration but looking at this I think it could be a major problem. To immigrate to Canada, you need 67 points in total. Applying to coming to Canada can be a long and hard process. There are 3 types of immigrants, Canada is accepting : economic, family and refugee. People seeking to immigrate to Canada can face many obstacles like finding a job, a home and more. Canada has a rich FNMI history. They currently represent 1.4% of Canada's current population ( they have a high birth rate). Today Canada's is being supportive to the FNMI culture and traditions and trying to make life better for them. The Indian act is in debate all over Canada and I believe it will/should be abolished in the future. I also think in the future, the FNMI communities will have more rights and freedom just like everyone else. 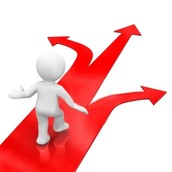 Interactions with the physical environment: unit 2

Canada has an very interesting climate. We have 4 seasons. The winters are cold and the summers are hot/warm. We also have fall which is cool and spring is the season in which we receive the most precipitation. Canada has 6 land form regions ( western Cordillera, Interior plains, Canadian shield, Appalachians and the St. Lawrence lowlands. Since Canada is a huge country it is really hard to determine what type of precipitation the country gets as a whole. Ontario and Quebec mostly receive convectional and cyclonic precipitation. Convectional precipitation occurs most in the summer in continental locations such as Ontario and Quebec. It is caused because of intense heating during a hot summer day . Then as the ground heats up, the air above rises. After that the rising air expands and cools, while it carries water vapor with it. Cyclonic precipitation occurs when a cold and warm front collide. The amount of precipitation you receive depends on where you live in Canada. For example if you live in Edmonton, you would get the most rain fall in July ( convectional). Canada also has many different types of forests but the Boreal forest region take over most of the land. Some other forests are Taiga forest region and the West coast forest region. There are 2 things that effect Canada's climate: wind currents and ocean currents. Canada has different types of landscapes. Climate Change is something that is an issue in Canada. This is already occurring in different parts of the country. There are many things that can cause Climate Change. First is global warming, Global warming is affects the seasonal change patterns. For example winter months are longer and summer months are shorter. Another thing that effects climate change is Glaciers melting ( polar ice caps ). They are causing tides to go up and temperatures are rising ( glaciers are also affected by global warming). Climate Change will also affect the amount of rain fall, which would affect the soil and finally it would affect agriculture ( food we grow). The T. Lawrence lowlands are one of the landform regions in Canada. The region was formed in the Paleozoic era. It contains bedrock that was formed of sedimentary rocks. The part with the great lakes was formed by glaciers, it created the rolling landscape. The region itself as also formed by glaciers, which carried massive amounts of sand, soil and gravel from the Canadian shield and duped them throughout the area. The landscape is made of flat plains and glaciation hills and river valleys. The great lakes were created when the glaciers gouged out. Eventually the great lakes shrunk to their present size as the glacial meltwater drained out into the ocean(s). The St. Lawrence lowlands was formed by faulting (double faulting). The region was formed as rift valley. the climate in the St. Lawrence lowland is hot and humid in the summer, which is caused by the great lakes. IN the winter the climate is unpredictable due to the humidity from the great lakes. In the future, I believe that climate not only in the St. Lawrence lowlands will change but I think climate all over Canada will be affected in the year 2035.

Canada is advancing towards great success in it's industries and resources. Canada has many types of natural resources that it supplies to other countries but its most famous resource is oil. Canada is the 3rd largest manufacturer of oil in the world. Canada biggest trade partner is the United states of America and Canada's second largest trade partner is China. Canada provides America with 75% of their oil produced in the Alberta oil sands. Which creates a very strong relationship between the two countries. Canada has the 14 largest economy in the world. Canada has 4 types of industries: Primary industry (3.9%), secondary industry (3.9%), tertary industry (78.1%) and finally the quaternary industry ( 3%). The primary industry is the provides the first step towards production. It extracts materials needed to make the product such as oil or lumber. Next comes the secondary industry. This industry focuses on turning the raw materials into a verity of consumer goods. Then is comes the tertary industry, which provides services that support the society in general. Finally we have the quaternary industry, which basically provides new ideas, and research or knowledge based on technology or services. Canada has many global connections. Through NAFTA we can have free trade with other nations all over the world. I believe Canada will still have strong global connections in 2035, if we can use our resources wisely. Canada is taking many steps to ensure the sustainability of our resources in the future. We are using sustainable yield management to see just how much we are using. In the future, I believe technology will solve many problems with using resources sustainably and maintaining strong global connections. In Canada not only the government is taking big steps towards ensuring our future so are the people in your communities. This will help us a lot in the years to come. 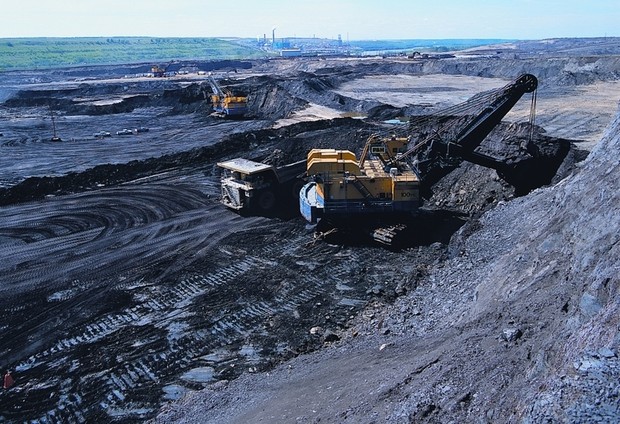 Canada is the 2nd largest country in the world and we have some of the major cities in the world like Toronto. Even though this is a good thing, there are also many problems that follow. One of the major problems the cities are facing today is over population. Over population is becoming a problem, our cities are way too over populated leaving little space for future development. Another problem that is occurring is urban sprawl. Unban sprawl is the uncontrolled expansion of urban areas. There are 4 issues that occur with urban sprawl: transportation, health costs, farm land use and infrastructure needs. Urban sprawl started after world war 2. In areas that are highly populated (dense), would have more carbon emissions. This would result in some serious health problems such as heart disease. That is not the only thing, statistics show that 7469 deaths per year are because of air pollution. Some problems that are concerning infrastructure are that is difficult to provide energy and water, longer response times. Canada is spending 59 million dollars toward transit. I think Ontario is already doing things to deal with urban sprawl. We are working on many things such as commute times during traveling so living in the GTA will be easier ( in and out of Toronto). I believe that since changes are being made in cities, people will also start living in the outer parts of the city and it would still be easy to go in and out of the city. This would reduce urban sprawl and would also be better for the environment. Toronto is doing many things to become more sustainable. Toronto is wanting to re-use energy and expanding on plans like " the climate change action plan" created in 2007 to help make Toronto a sustainable city for the future. This is just changes taking place in Toronto but Canada as a whole is also developing new and creative ways to make our country more sustainable. I believe that in 2035, Canada will become a more sustainable country.

Overall, I believe Canada may not be the "greatest" country to live in 2035 but I do think we are moving toward that goal in the coming years. Canada is certainly working on ways to become a sustainable country, help our environment. We also seek to increase our population and grow and stabilize our economy, while building strong global connections with countries all over the world through our natural resources. For the year 2035, Canada wants to be the greatest country to live in.

Brahmleen is using Smore newsletters to spread the word online.