The 2nd Quarter Reading Challenge is almost over!

The 2nd Quarter Reading Challenge comes to a close on Thursday, January 14th. Reading logs MUST be turned in no later than Wednesday, January 20th. We’ll have prizes for those who read the most in each grade level, and every participant will receive recognition!

List books (with page numbers) as you complete them. Add your total number of pages read during the 2nd quarter. *Please print clearly and total your pages at the end!*

All BoB team members should have read at least 5 of the books for competition by now. All 10 books should be read by mid-February. 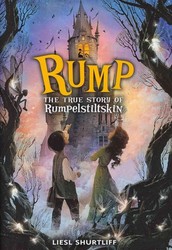 Book of the Week: Rump

Rump: The True Story of Rumpelstiltskin by Liesl Shurtliff is a nominee for the 15-16 South Carolina Children's Book Award.

If a person’s name is his/her destiny, what is a kid supposed to do with a name like Rump? Young Rump knows there’s more to his name, but his mother died before revealing that little tidbit to anyone…so he’s known simply as Rump. This twelve-year-old boy, slight for his age, is a target for the town bullies, and he worries that his life will always be working to find gold in the mines and trading the greedy miller for whatever scraps of food he can get. But all that changes when he happens upon his mother’s old spinning wheel…

As luck would have it, Rump has inherited his mother’s ability to spin straw into gold, but using such powerful magic comes with a price. And for Rump, the price is a seemingly unbreakable curse. A curse that leads to a horrible bargain with the miller’s daughter. A curse that drives Rump from his home. A curse that he’ll do just about anything to break.

Rump goes on a quest to escape his wretched curse. Along the way, he encounters trolls (seriously misunderstood creatures), loads of pixies, a tree full of poison apples, and a family he never knew he had. He begins to realize just what his ability means and what it will take from him if he can’t get out of the magical, tangled rumpel he’s in.

And, wonder of wonders, there might just be a way out of this mess, but will Rump find what he needs–his true name–before it’s too late? Will this boy finally be the master of his own destiny, or is he doomed to be just Rump forever? Find out when you read Rump: The True Story of Rumpelstiltskin by Liesl Shurtliff!

Be sure to pre-order your yearbook by January 22nd. Forms have been sent home and can be found on our website. Yearbooks will be in ALL COLOR and cost $17.00. There will only be a limited number of extras in the spring, so order yours by January 22nd!