Eddie is using Smore newsletters to spread the word online.

Get email updates from Eddie:

What You Need To Know About Tropical Rain Forests

Temperature is on average 20-25 degrees Celsius and varies little through the year. The average temperature of the three coldest months and the three warmest months are not more then 5 degrees apart from each other. The soil is nutrient poor and acidic. Precipitation is evenly spread apart throughout the whole year, there is not one season that has more then the other.

Where can you find a tropical forest

This map depicts the area where tropical forests can occur. This is why one of the most famous ones is in Central America in Costa Rica.

The Amazon Rain foest is the biggest in the world. It covers 40% of the South American continent. This includes countries like Brazil, Bolivia, Peru, Ecuador, Colombia, Venezuela, Guyana, and Suriname This rain forest is made up of different types of ecosystems and vegetation types like rain forests, seasonal forests, deciduous forests, flooded forests, and savannas

The parrot on the right is one of the most famous birds living within a rain forest. In Central America this particular bird is referred to as a Guacamaya. It is also the National bird of Honduras. You can find this beautiful animal in Honduras or in the tropical forest of Costa Rica. There are all kinds of birds in Monteverade like the Toucan, Quetzal, and Egret. There are also many other species of birds but there are far too many just in Costa Rica to be able to name them all. In fact there are over 350 just parrot species world wide.

There are also many different species of mammals living in rain forests. But there is one in the Amazon forest that is to some the real king of the jungle, this animal is the Jaguar. The Jaguar is the biggest cat living in the Americas. Another creature that calls the Amazon home is the slowest mammal on earth, the sloth. The sloth is known worldwide for being very slow, it is so slow that some think it is because he is lazy. The Kinkajou is a very unusual mammal. It is not a well known animal to the average person. It is a family member to the raccoon it has furry golden skin and a tail designed to grip branches.

One of the most famous animals living in the Amazon is the anaconda. The anaconda is so famous and feared that there has been numerous films where one is the star going after the humans. It is the worlds largest and heaviest snake. The Anaconda can grow as long as 30 feet and weigh up to 550 pounds.

A member of the Dendrobatidea family also calls the amazon home, the poison dart frog. Even though the name seems very scary this frog is actually not deadly at all. This frog is vibrant and attractive it comes in all types of different colors like gold, yellow, red, copper, green, black, or blue. They utilize this as a tactic to ward off predators, this is called aposematic coloration.

The most famous inhabitants of the Amazon river is the Amazon River Dolphin. Or as they call them in South America the Boto. This dolphin has an unusual color because they usually come in pink. It is said that they have this weird color because of their blood capillaries located near the surface of the skin. There is a legend about these animals which says at night they transform themselves into men to hypnotize young and beautiful women

More then two thirds of the worlds plant species can be found in the tropical rain forests. One of the most common plants found in a tropical forest is the epiphytes. An epiphyte is basically a plant that lives on other plants, like for example a tree. They do not have roots on the ground, because of this they have evolved various strategies to obtain water and nutrients. There are many different epiphyte species, some epiphytes can even be found growing on other epiphytes.

The amazon water lily is probably the most recognizable of plants for the average person. The amazon water lily is an aquatic plant, it grows on the lakes and rivers of the South American rain forests. It can be up to 3 meters or 9.8 feet in diameter. They also have rows of sharp spines on the underside of the leaves. This helps prevent rain forest animals such as manatees from eating them.

The vanilla orchid should be a plant humans give more credit to. This is because the flavor ¨vanilla¨ comes from it. The firs people to use it were the Aztecs. Vanilla orchids grow like vines climbing up other trees. Wild vanilla orchids are pollinated by hummingbirds and melipona bees. The vanilla orchids can be found in Central and South America.

The author is Edward Grau a 17 year old High School student from Morristown High School. He believes that the most interesting things in nature are the ones found in rain forests. Edward Grau loves birds so the rain forests of Central and South America are definitely places he would love to be. He loves to play soccer and believes that family is the most important thing in life. He also loves dogs and has one of his own named Oreo. Something everyone who knows him is aware of is that he is very patriotic of where he is from which is Honduras, a small country in Central America.

The other author is Na'im Rudolph a 17 year old high school student who currently attends Morristown High School. He believes that the most interesting things in nature are the ones found in rain forests. Na'im finds the birds of the rain forests in Central and South America very amazing and majestic. He loves to play video games and make people laugh. He puts his family before everything. People who know knows that he is Milk Chocolate and reps Motown. 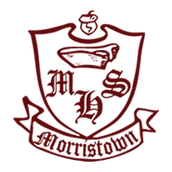 What Animals Live In The Amazon Rainforest? (n.d.). Retrieved from http://www.worldatlas.com/articles/what-animals-live-in-the-amazon-rainforest.html

Eddie is using Smore newsletters to spread the word online.