We are priviledged to share Treaty 6 Territory traditional lands of the Cree, Dene, Saulteux, Ojibway and the Metis Nation. 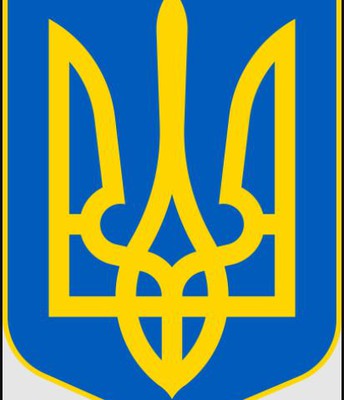 All of the PPCS school community wishes to extend our thoughts and prayers to all of the people of Ukraine and especially their families here in our communities, our province, and our country.

Do you want to work with the best team in the world? Of you course you do, who wouldn't. Good news! We are looking for casual custodians to help out Mr. Rye, Mrs. Samalla, and Mrs. Antazo when they need to be away. I hear it pays pretty good and the people you would work with are awesome. If you would like more information, please contact the school.

We Have the Best

I have said it before and I will say it again, we have the best kids and families. I chat with principals from around the division, the province, and even around the world (via Facebook) and I can say with a fairly high degree of certainty that we really do have lightning in a bottle at PPCS. Our students are some of the most respectful and cooperative students. Our families are understanding, supportive, and committed to a team-based approach to educating their children and for that, I am so very grateful. That is not to say that we are without the odd hiccup, bump in the road, or situation or that we always agree 100% and never have any conflict, but I find that when situations do arise (as they will with 220+ moving parts) we can talk through it in a respectful manner and approach it from a solutions based mentality.

Case in, point when it comes to footwear. To most people, what a child wears on their feet may seem insignificant. But when you multiply any "little deal" by 220, it becomes a big deal. We were finding that the large winter boots, with treads designed to grip ice and snow, were tearing up the finish on our floors. We asked the students (not told, buts asked) that they remove their big boots when they got to the school and explained why. The result? Most (vast majority) of students removed their boots with only a small handful having to be reminded. We had the occasional students push back (as they do as they learn their place in the world) but with such a high degree of cooperation it was easy to work through it with those handful of students. As a result, we have a learning space that is much more pleasant for everyone to work and learn in.

Another example is our student lounge project. We have decided to use our stage space as a student lounge for grades 7-12. The SRC is currently working to furnish it and to meet the needs and wants of the student body. As you might expect, there were some concerns regarding cleaning and behaviors. Our solution to these concerns was to give it to the students. Mrs. Mielke and Miss Wallen have worked with the SRC to develop a set of expectations for the lounge. It will truly be a lounge made by our students for our students. To date, we have had minimal trouble and it has easily been worked out through conversation and planning rather than discipline or removal. We want PPCS to belong to our students, as a staff we work there, but it really should be the students' school.

I could go on and on, but I will give just 2 more examples. We have purchased several sleds and shovels for the students to use during the winter (at their request). We were finding that students were not reurning them at the end of recesses. This resulted in the sleds being damaged or disappearing. The solution was again to give it back to the students. We asked our grade 6s to ensure that the sleds were brought inside at the end of each recess and noon hour. They have done a great job, even mitigating some issues with students not bringing the sleds to the front door and leaving them out in the playing fields. The students were requried to use some conflict resolution skills to solve the problem. They also got a first hand look at trying to organize 100+ students to do what you need them to (essentially herding cats).

Last but certainly not least. We had a social media issue creep into our building recently. A trend on tik tok called "guess who" has showed up. This is a trend where clues about a student's identity are posted with the tag "guess who" which seems harmless enough on the surface. However, like many things on social media, negative cyber bullying aspects have taken over. As it is in the social media world (where we, unfortunately, or fortunately, depending on your perspective, have less influence than we would like) we rely on the digital citizens to help us out (we see ourselves as more digitial tourists). Our students (most) have expressed their disgust with the trend and are working to sniff the perpetrators out. As a result, several accounts have been reported and shut down. We would ask, that we help our kids out with this one. Check with your student if they have heard of this trend and more importantly if they have been a victim (we sometimes cannot keep up). If they have and depeding on the severity, we would encourage families to contact the RCMP so a file can be started. Our students have done a great job of pushing these accounts into the shadows, but the anomynity of the online world creates some sense of power, so this one needs all hands on deck.

In short, we have awesome kids and this is because they come from awesome families. Thank you for being awesome, for having awesome kids and for sharing that with us. I will close by sending a shout out to the PPCS Bears who took it upon themselves to do some positive graffitti, drawing chalk Ukrainian flags around town. This just shows that our kids have a great sense of right and wrong and social justice...Slava Ukraini! 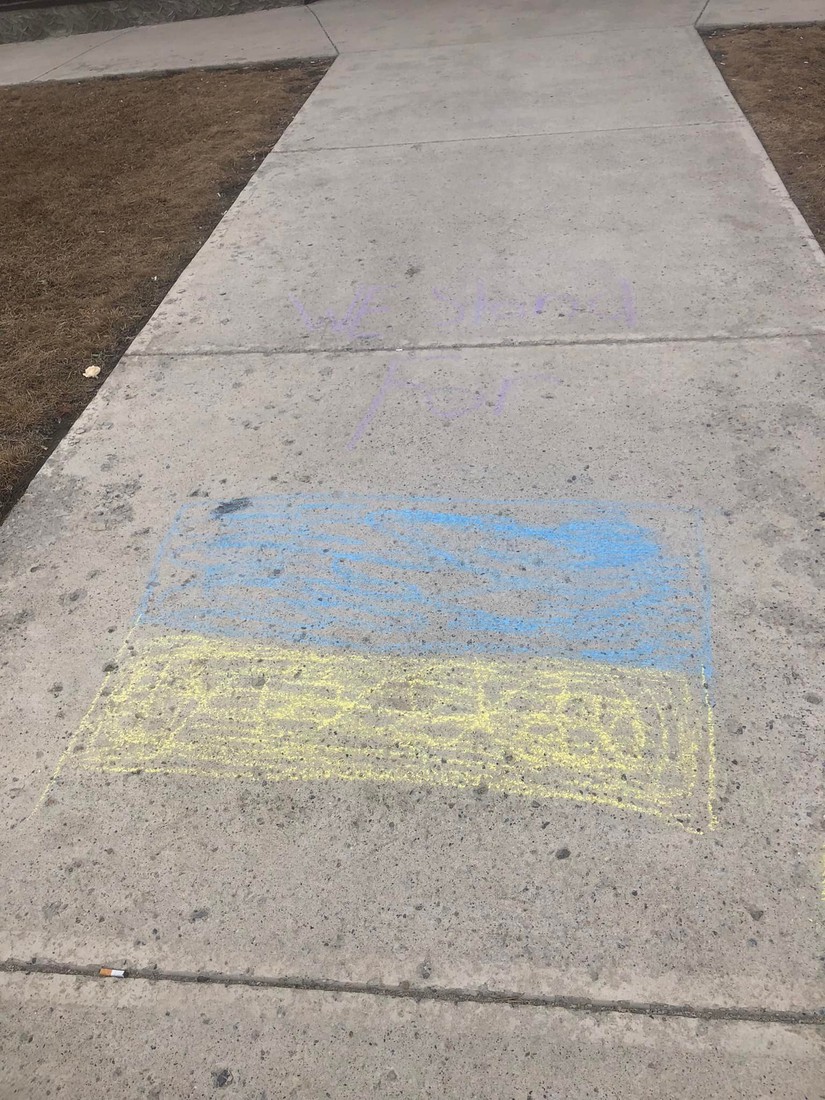 Is there anyone in town wanting to build a detached garage this summer / fall? Would you be interested in having the senior Industrial Arts class build it or be involved in some capacity? We are always looking for authentic ways to involve our kids in learning and in the community. If you are interested, please call the school, and ask for Mr. Riley.

Seen Around PPCS (and Beyond)

This year's March Mathness winners are... 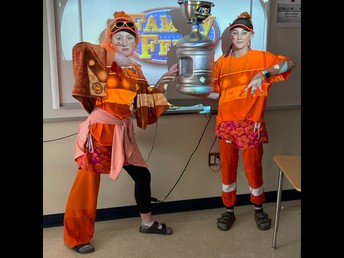 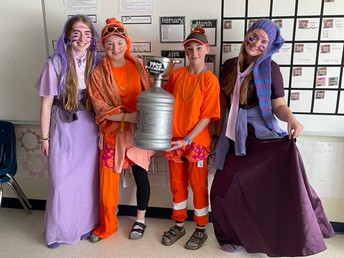 Did you know that your cell phone is not possible without the power of globalization? Our garde 7 social studies class does. We have been studying globalization since just before the Easter break. We have examined both the pros and cons of globalization and drawn comparisons and connections between globalization and free trade agreements, such as NAFTA and TPP. In class, they participated in a trading game in which they learned the power and dangers of globalization and the varying degrees of impact on countries. If you want to learn more ask them about the blue and red marker contraversy. 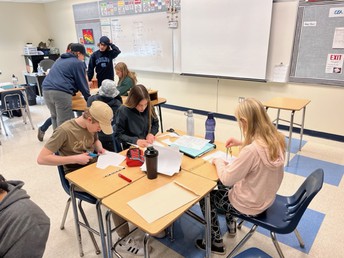 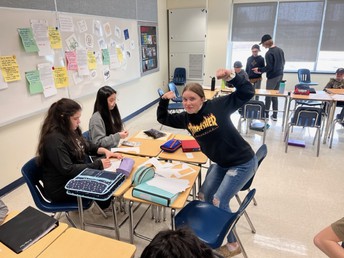 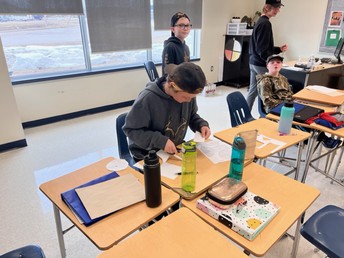 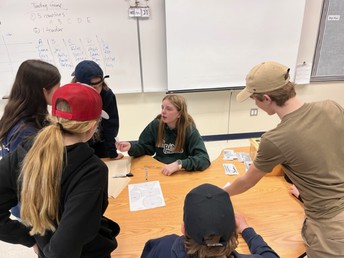 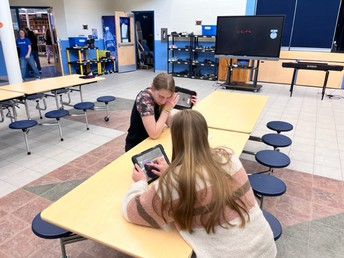 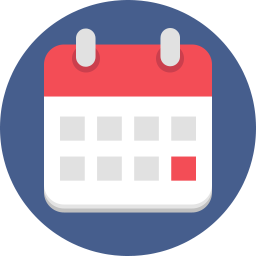 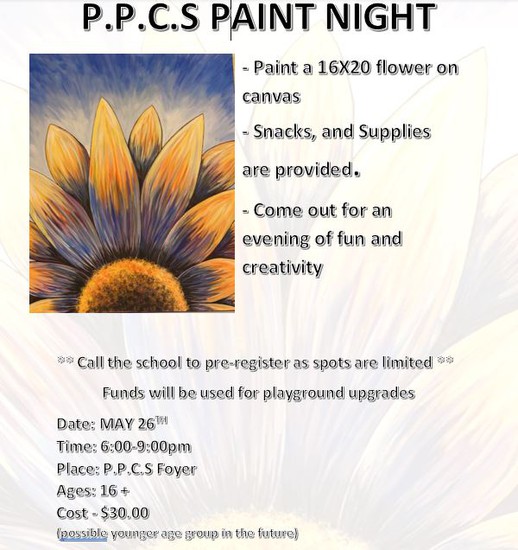 The U of S is offering summer classes in art. Check it out here.

Athletes of the Week

This week's female athlete is Mia Athouse. Mia is a dedicated athlete with a great sense of sportsmanship and team play. She shows a high level of dedication to her team and is an outstanding role model for peers and younger students alike.

This week's male athlete is Jaxon Holinaty. Jaxon was a huge playmaker back in the day as part of Steve Nash basketball and has continued his love and passion for the game to our Junior Boys basketball team. Jaxon was always pumped to be on the team and showed a great deal of improvement throughout the season. His love for the game is evident in the effort that he puts in.

Thank you to both athletes for their contribution to our school community. 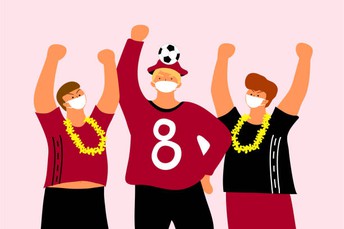 We Want Fans in the Stands

We are so happy to be able to invite fans to our home games once again this year. We ask that...

Hot Lunches are Back!! 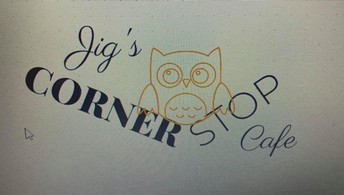 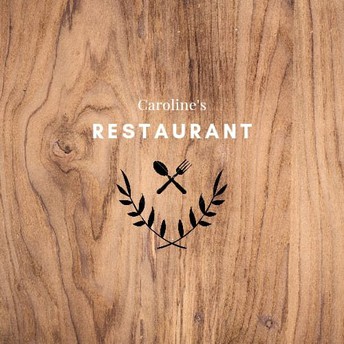 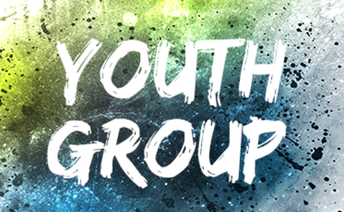 Youth Group is running Fridays at the youth room. Listen to morning announcements for more details.

It’ll run each Thursday from right after school gets out until 5:10pm.

Kids can come to the old elementary school (QCP) and enter through the back double doors! 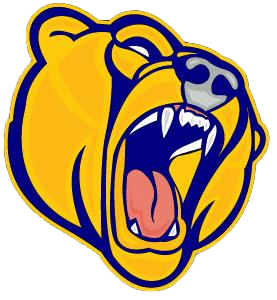