We Have So Much To Offer Leaders At Every Level, Let us Help You and Your District Improve

Our organization can customize services to meet your needs and MLI is proud to be expanding our offerings to meet the needs of K-12 leaders at all levels. Please do not hesitate to contact us if you ever have an idea or need for your team or district that we may be able to help you fill and grow your team. Together we are proud to support educators for Michigan children.

Focus on Teaching and Learning—- Join the Mini INSTRUCTIONAL ACADEMY

On OCTOBER 20 -21 we are excited to offer a SUPES Instructional Academy! This event will begin with lunch on Thursday, OCTOBER 20 at noon and run through a dinner event Thursday evening. Then we will begin Friday morning at 8:00am and conclude at 3:00pm. Both days will focus on instuctructional leadership for those individuals who are new to the Superintendency or aspiring to the position but have not had a strong back ground in curriculum, instruction, and assessment or would like to refocus on what matters most. Ms. Sheila Alles, Mrs.Teresa Weatherall Neal, Dr. Debbie McFalone, Dr. Lisa Hagel and others including experienced superintendents will lead this incredible opportunity for you to increase your knowledge, build a network of peers and recharge yourself! Keep the main thing the main thing.

The cost is $350 for the two days which includes registration, materials and all meals.

Please register below on the following Catalog link:

The Hyatt Place, Hill Road is our partner hotel with special rates. Information is also attached below under the catalog link.

catalog.geneseeisd.org
Description COMING FALL 2022! We are excited to offer a SUPES Instructional Academy! This 2-day event will feature instuctructional leadership for those individuals who are new to the Superintendency or aspiring to the position but have not had a strong back ground in curriculum and instruction, or would like to refocus on what matters most. 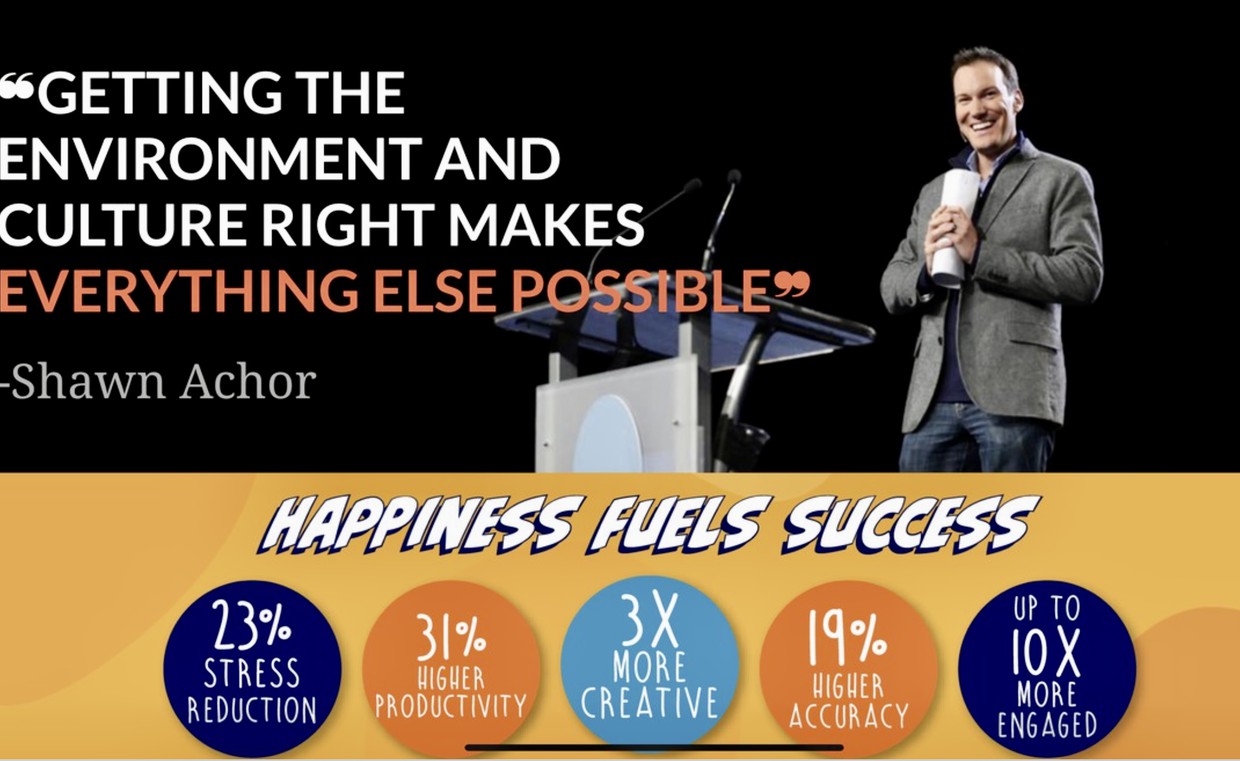 HAPPINESS ADVANTAGE TRAINING - FOR ADMINISTRATORS, LEADERS AND BOARD MEMBERS

COME ENJOY A ONE DAY EXPERIENCE AND LEARN HOW TO IMPACT YOUR DISTRICT OR BUILDING CULTURE IN A MORE POSITIVE WAY. This training will impact you personally and professionally and help you change the climate around you for adults and children.

You can experience the training alone, with a colleague, or a small team. The impact is promised to be LARGE.

The research is based on Shawn Achor’s Best Selling book Happiness Advantage and work done at Harvard along with the parable “The Orange Frog”. The day is extremely valuable, enjoyable and suitable for everyone.

The research is clear. Positive environments are performance enhancers. They are characterized by higher productivity, less turnover and absenteeism, and more resilient cultures.

Enjoy the article Below:

To register Please go to the Catalog Registration: Training runs from 8:30 - 4:30 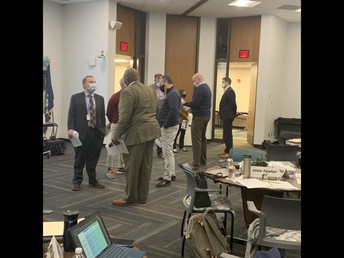 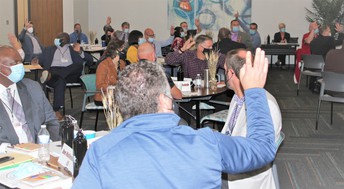 What is the Superintendent Preparation Academy?

The Superintendent Preparation Academy is a comprehensive leadership development experience to prepare individuals who will be the next “class” of superintendent candidates – those considering the pursuit of positions in the year 2022 or thereafter. This experience will also help you grow as an educational professional regardless of your leadership position and strengthen your skills and knowledge to increase performance today and tomorrow.

Why was the Academy developed?

MLI is committed to K-12 school districts and public institutions throughout Michigan and the success of all children by developing, deploying and supporting outstanding executive leadership.

There will be an unprecedented number of superintendents retiring over the next decade. At the same time, fewer people with the necessary capacity-building experiences are aspiring to move into these critical leadership roles. In addition, the superintendency has become increasingly complex. It is critical that future superintendents have the best preparation and network possible as you take leadership of the district and we want to help you be successful.

To see more information or register for the SUPES ACADEMY see the link and brochure below or MLI website. We guarantee you will not be disappointed in the professional learning and relationships made in this experience. Please call Dr. Lisa Hagel at 810 516 9368 0r email at lhagelmli@geneseeisd.org

Great Leaders Create the Culture and Environment for others to Feel Safe, Grow, and Give Back

A critical part of leadership is to develop a culture within the organization where trust, respect and honesty are continuously present. A great leader must creat a place people want to be a part of and be proud of, as Simon Sinek discusses below- great leaders must make people feel values and safe in their environment if they want to have a shared vision, goals and real engagement.
Why good leaders make you feel safe | Simon Sinek

There are very few items more important than a strong, effective Governance team created between the Board of Education and the Superintendent. Each year the Superintendent and staff is evaluated on goals and objectives to help reach continuous improvement goals. Through the partnership of The Michigan Leadership Institute, we can assist your Board Of Education in an effective Self-Evaluation process. This process is based on national standards, is relatively quick and painless for each member. A trained consultant works with the Governance team to complete the process, identify areas of strength and potential areas of opportunity to develop throughout the year for the Board.

The goal of the process is to develop a highly functioning LEADERSHIP team.

and behavioral analysis. By identifying the behaviors, motivators, and influencers active in

your culture, the analysis provides you with information to assist with identifying gaps between the the Board my be seeking and the candidate may posses. The Board can utilize the information to select a candidate. Together the team will work on the areas to form a stronger governance body. This creates a better fit and positive results for all.

You can also use this with your leadership team to strengthen your team’s effectiveness.

Do you know someone ready to lead or for the next step? Our state needs the best leaders to help carry us all forward, be a mentor, or look for the next wonderful opportunity for yourself. 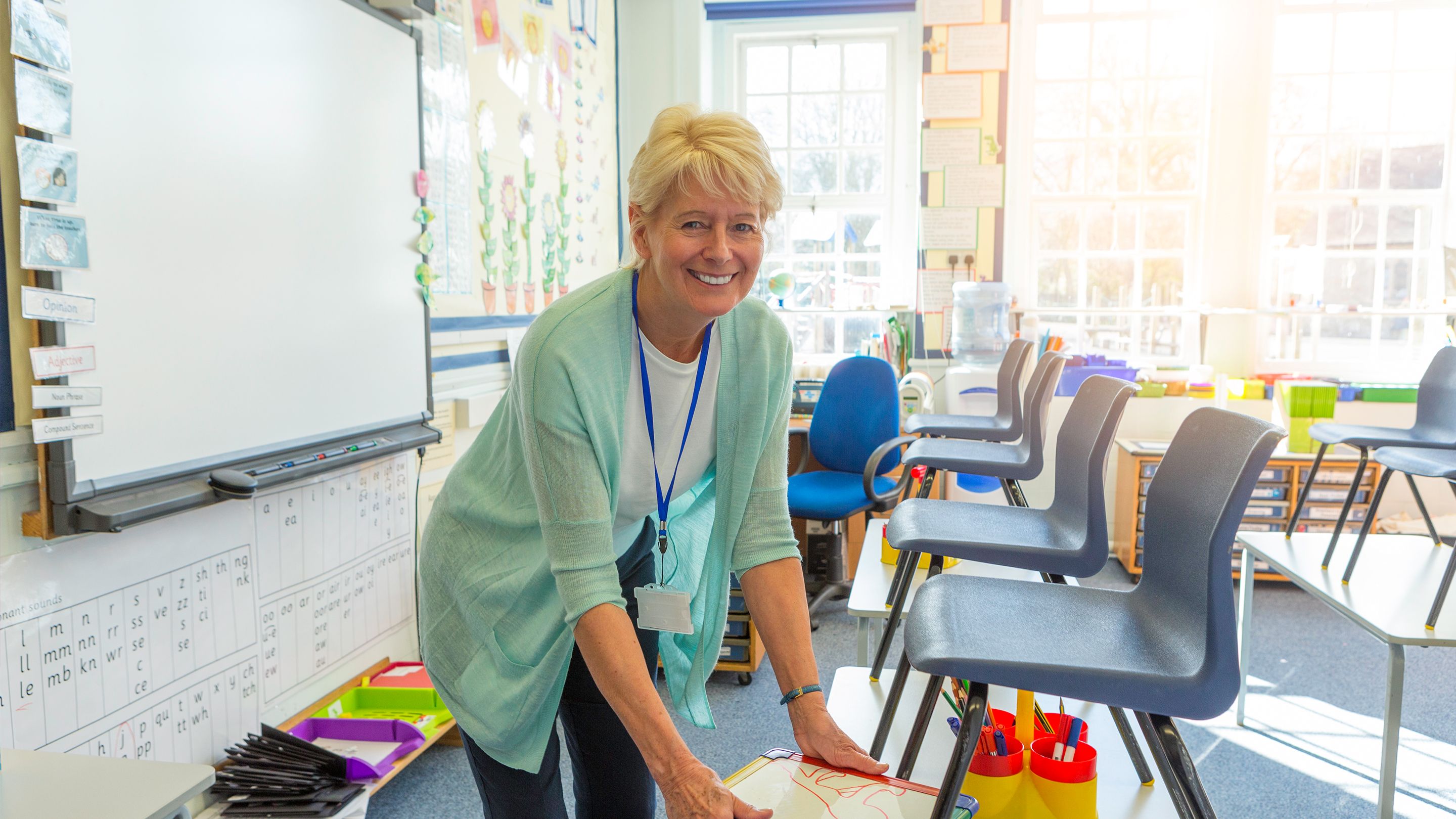 Restoring the Joy in Teaching

www.edutopia.org
It can be tough to find a way toward joyfulness when you're overwhelmed, but you can reset and reignite your energy for teaching. I love my job. I've been an educator for 18 years. I've been in teaching roles and administrative ones. 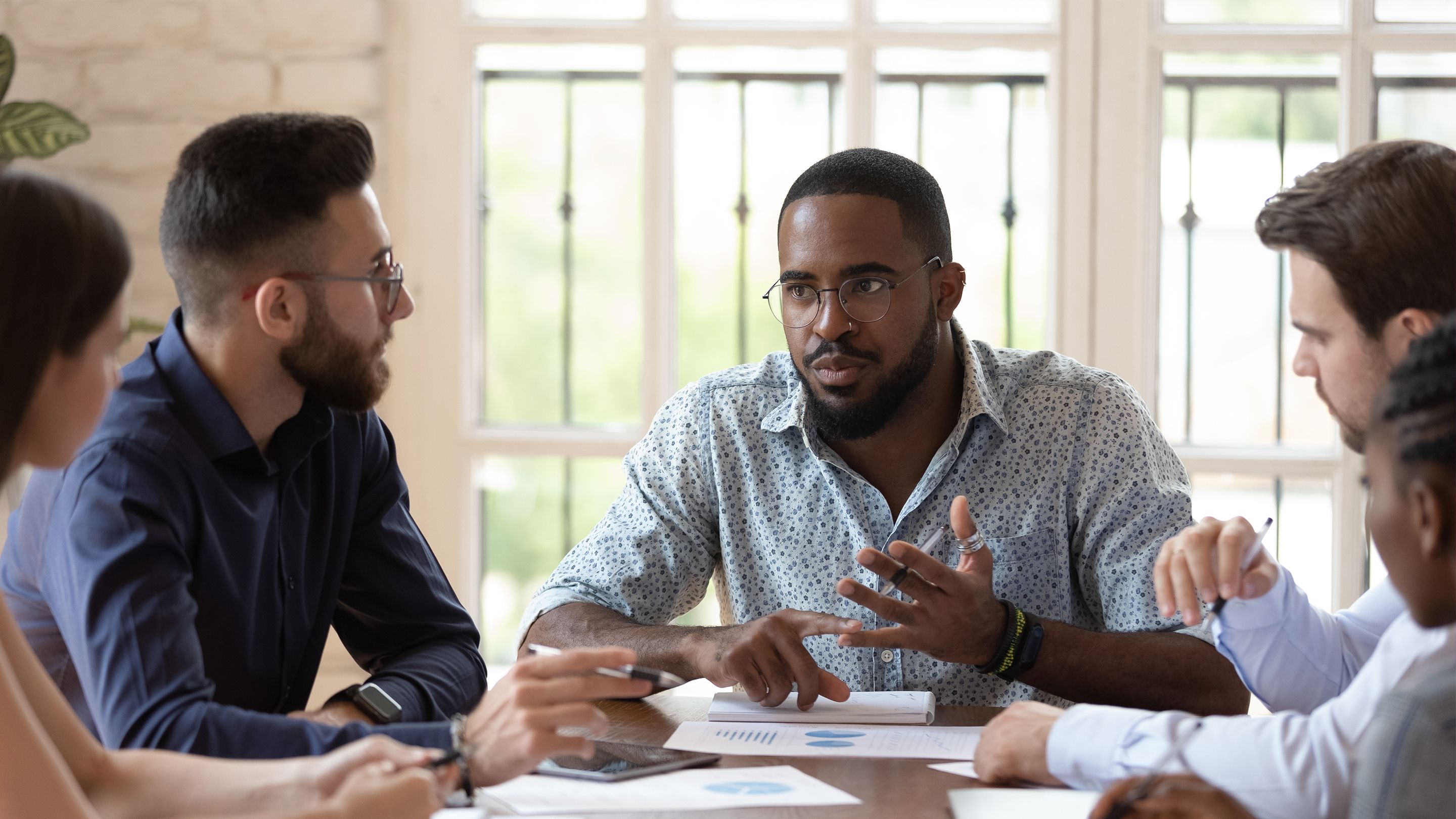 Supporting Teachers During Times of Crisis

www.edutopia.org
In times of crisis, taking care of their team should be of utmost priority for school administrators. With the impending staff shortages this coming school year, schools will undoubtedly be in crisis mode for an unknown period of time. 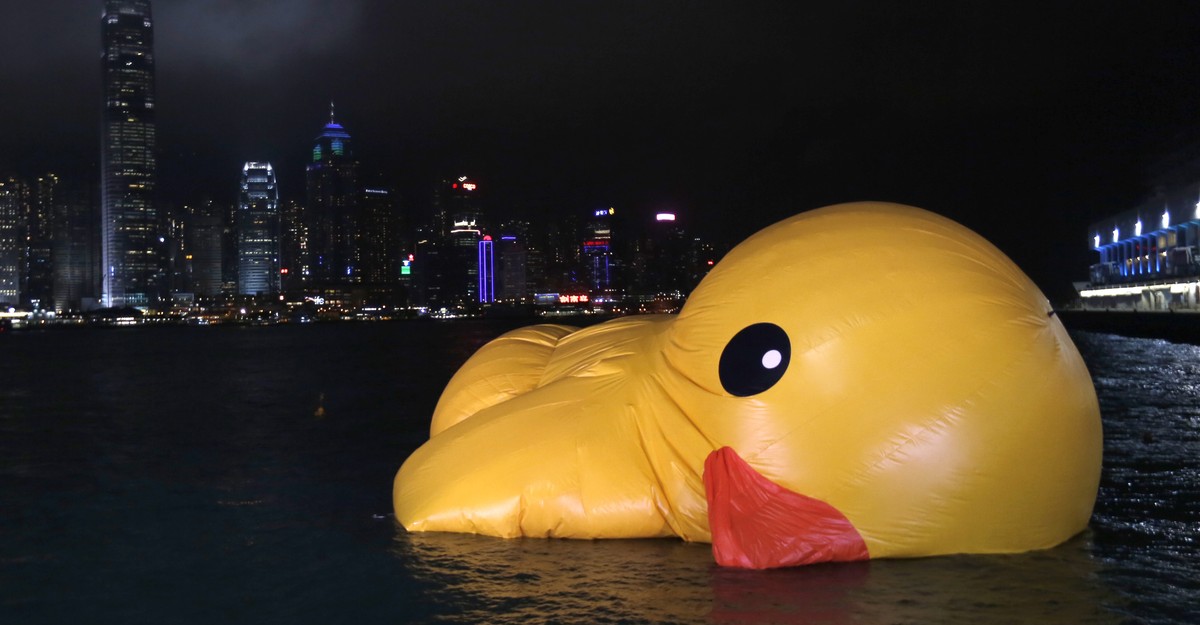 Why So Many Smart People Aren't Happy

www.theatlantic.com
There are three things, once one's basic needs are satisfied, that academic literature points to as the ingredients for happiness: having meaningful social relationships, being good at whatever it is one spends one's days doing, and having the freedom to make life decisions independently. 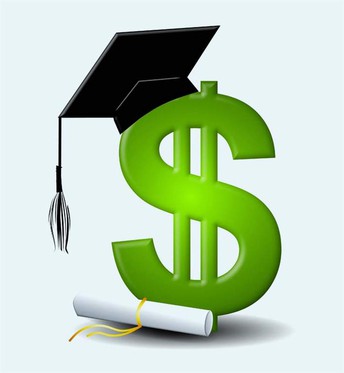 CONGRATULATIONS to OUR STUDENT SCHOLARSHIP WINNERS!

We are thrilled to award $1,000 to each of the student Leaders below:

These young people have all displayed incredible leadership, attendance, involvement and achievement . The Michigan Leadership Institute and our generous donors wish these amazing young people the very best future possible.

If you would like to donate to our scholarship fund please contact Dr. Lisa Hagel or the Genesee County Education Foundation (GCEF)

How School Leaders Can Help Prevent Burnout and Build Hope

We are ready to help you find your next leadership opportunity to impact a community of students, families and staff. Please continue to watch the MLI website at :http://www.mileader.org for vacancies. We are also ready to help you with large or small scale planning initiatives that involve goal setting, curriculum or instruction, right sizing your district or a completely custom work shop.

Additionally, we can assist you in recruiting and replacing all key positions in your district as you focus on other important duties. Please do not hesitate to reach out for support.

Mentoring Leaders at ALL levels.

Congratulations To New Superintendents Hired Through MLI: We Wish You and Your District All The Best

Follow Lisa Hagel
Contact Lisa Hagel
Embed code is for website/blog and not email. To embed your newsletter in a Mass Notification System, click HERE to see how or reach out to support@smore.com
close